The White House said federal agents will come to Cleveland and other cities as part of Department of Justice's 'Operation Legend' to help combat violent crime. 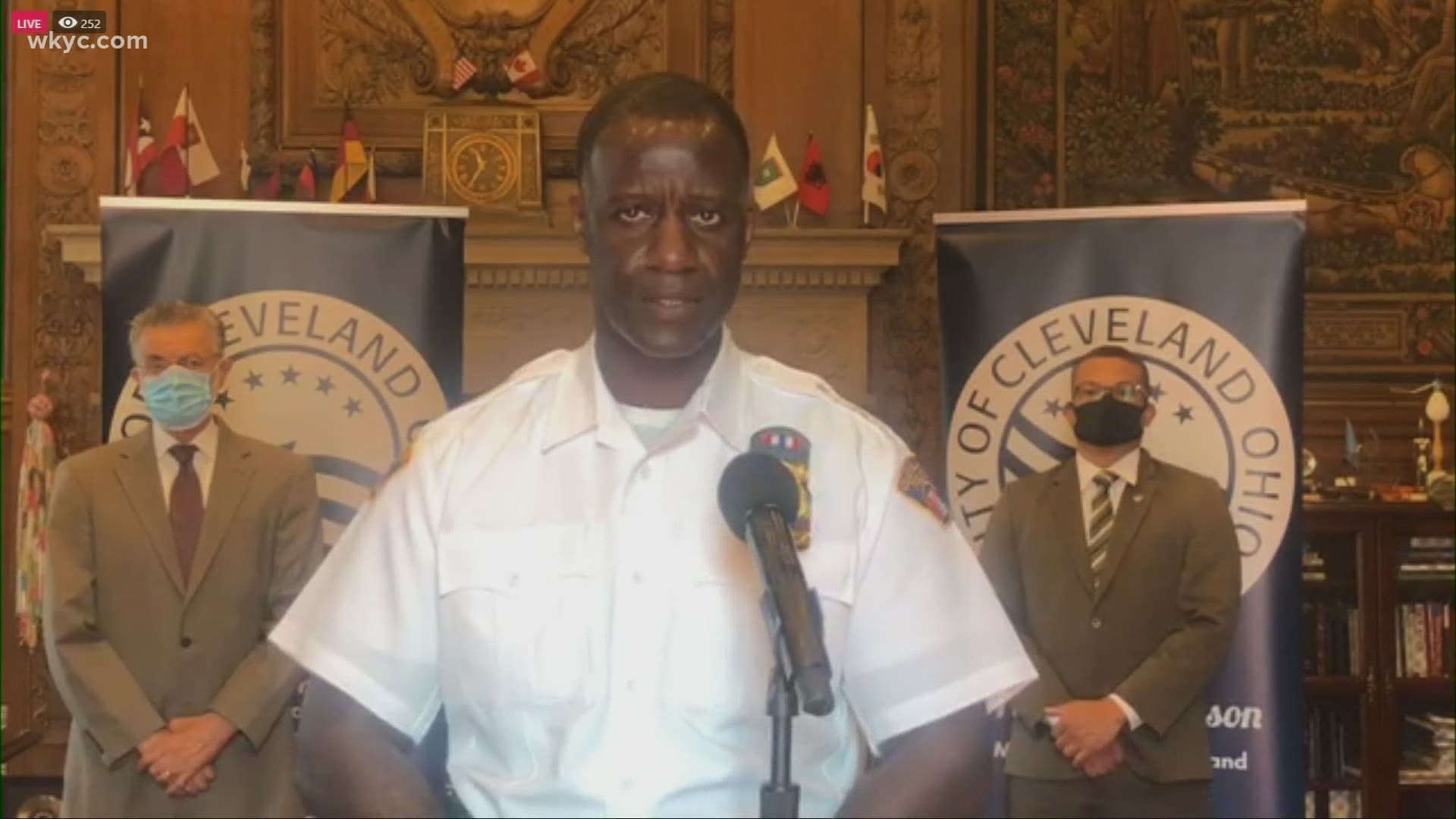 CLEVELAND — Mayor Frank G. Jackson and other officials held a press conference on Friday morning regarding the Trump administration's decision to send federal agents to Cleveland due to what those in Washington have called "unacceptable violence."

Jackson, Public Safety Director Karrie Howard and Police Chief Calvin D. Williams sought to quell fears around "Operation Legend," which the White House said would bring hundreds of federal officers to Cleveland and other cities via the U.S. Department of Justice to help combat violent crime.

The operation has garnered controversy following reports of officers in unmarked cars arresting protesters without cause in Portland, Oregon, but authorities have stressed this situation is vastly different and that the feds will instead play a support role while local law enforcement take the lead.

"There are no federal troops coming to the city of Cleveland," Williams pledged, speaking specifically about Operation Legend.

Williams did, however, reference that there are already federal officers in Cleveland that work with local law enforcement.

"There are local, state and federal investigators here who are working together to combat violent crime in partnered law enforcement efforts," Williams said.

Chief Williams and the post on Twitter may have been referring to the "Relentless Pursuit: initiative, which was announced in January and is meant "to combat violent crimes in our neighborhoods with our federal, state and local partners," according to officials.

The city claimed yesterday it had not been made aware of Trump's plan to send in officers until the White House made the announcement, but today said much of the announced additions are part of an agreement made and announced earlier this year.

Cleveland has not seen any unruly protests since the days following George Floyd's death at the hands of a cop in Minneapolis, but homicides have continued at a steady rate.