Can a sheriff be removed from office? Can anyone fire a police chief?

Members of the Central Texas community are calling for the resignation of some public officials. But can a sheriff or a police chief actually be removed from office? 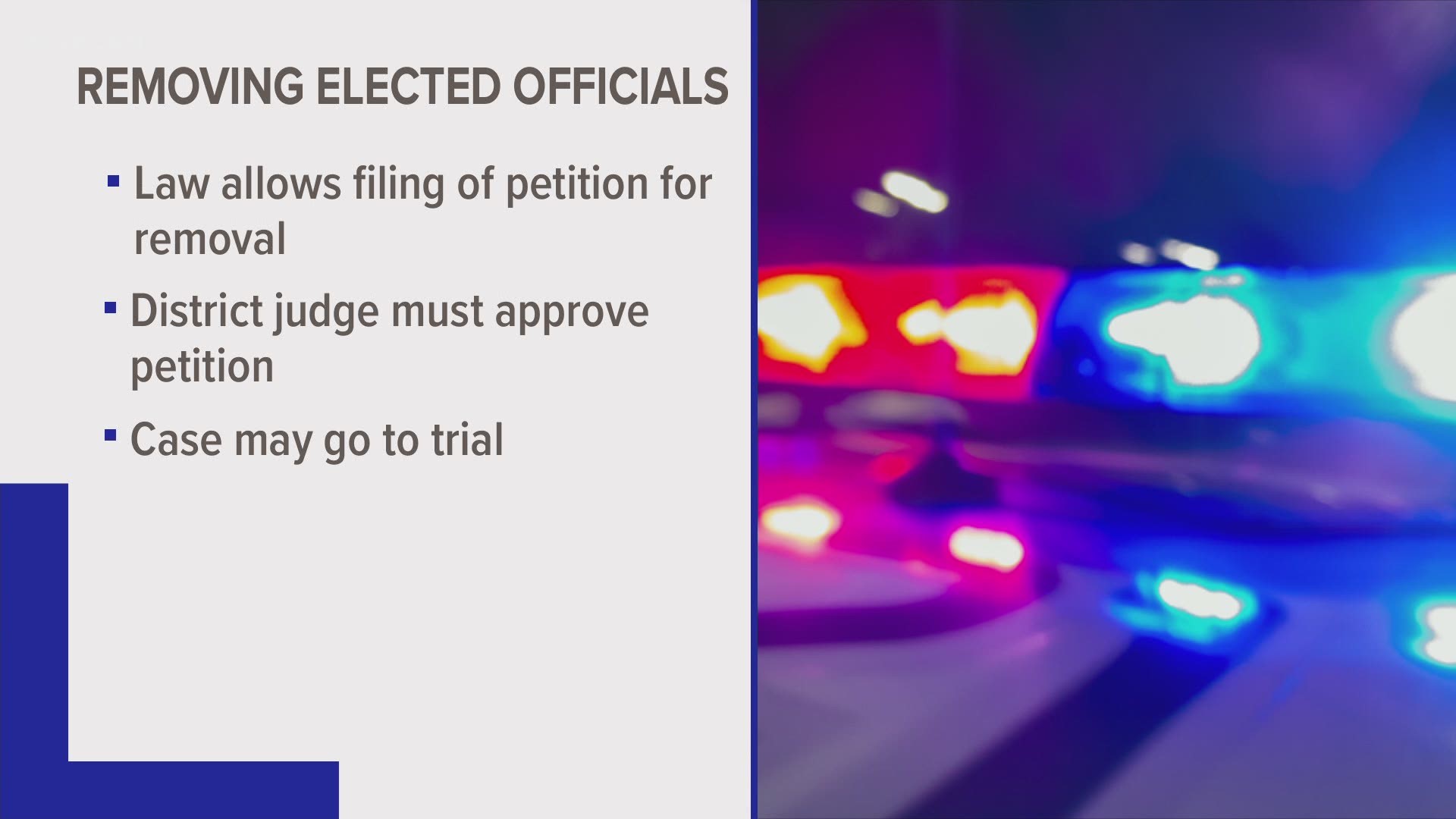 But can either a sheriff or a police chief be removed from office? We looked into it.

In Texas, it's possible to remove a sitting sheriff from office, but it's not easy. There is a rarely-used law that allows sheriffs to be removed for very specific reasons, including incompetency, official misconduct or intoxication.

It's basically a civil lawsuit. To start, someone has to file a petition in district court, which has to be approved by a district judge. If a judge gives it the OK, it then goes to a trial, which would determine if the official stays in office.

If you've been in Austin long, you may remember a case involving this move. In 2013, Travis County sheriff's deputies arrested then-Travis County District Attorney Rosemary Lehmberg for DWI. Attorneys and then-governor Rick Perry made moves to try and remove her from office but, ultimately, courts ruled in her favor and she stayed the DA until 2017.

As for Manley, city council members can't fire a police chief. Under state civil service code, only the city manager has any say in Manley's job and he can only demote him. However, the city council can still ask Manley to resign.

WATCH: Some Williamson County commissioners calling for sheriff to resign

Timeline: A history of 'Live PD' in Williamson County