Women will likely determine this year's election, analysts say. But what are the issues on their minds?

Since the 1980s, women have played a big role in deciding which way Ohio will go. What issues matter to them this year? One Trump voter and one Biden voter discuss. 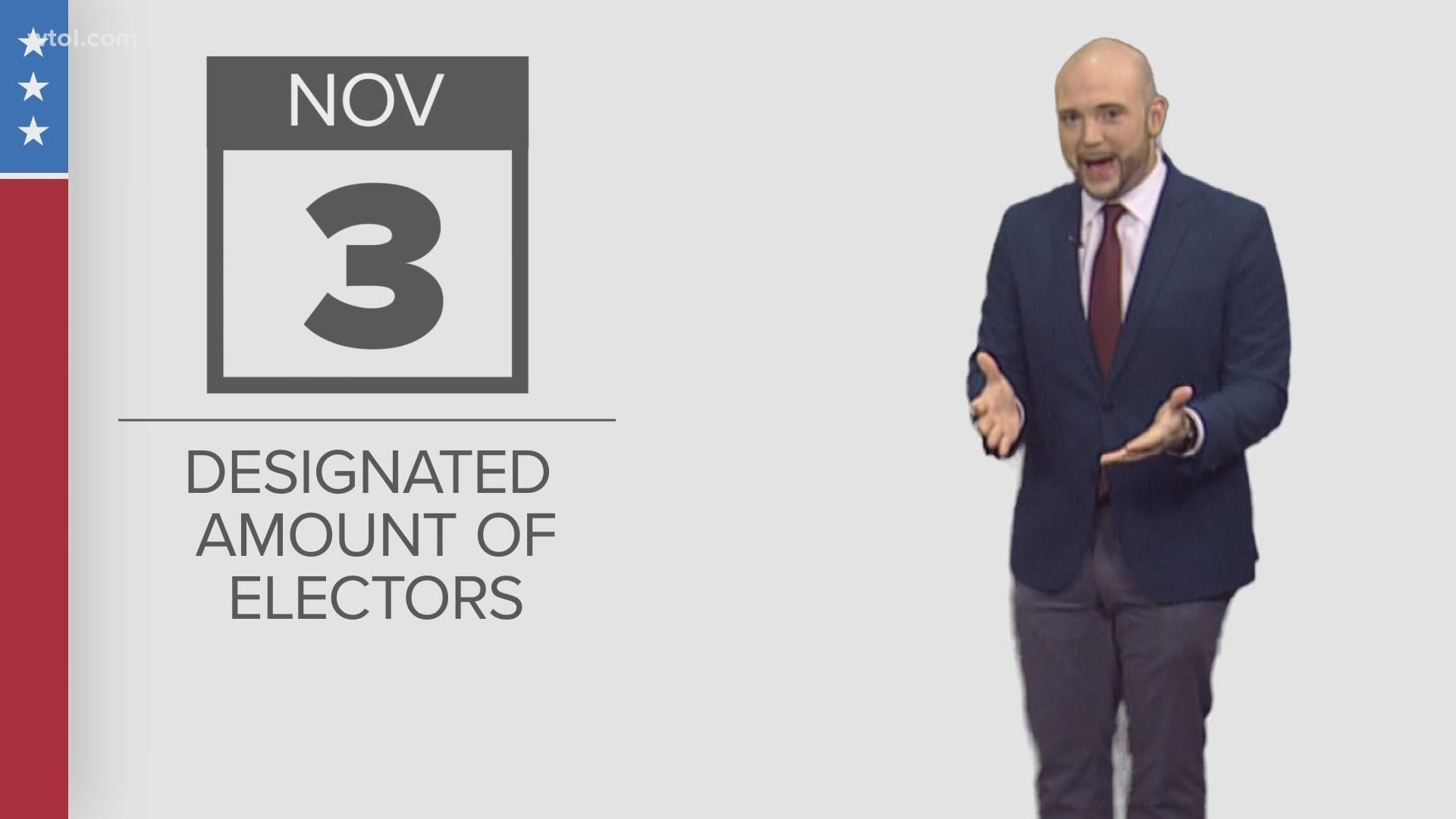 TOLEDO, Ohio — As women have historically turned out to vote in higher numbers than men, this diverse group of voters in Ohio - one of the biggest political battlegrounds in the country - could end up deciding the outcome of the presidential election.

The Buckeye State has historically been a major swing state, helping to decide which candidates would become president since the 1980s. Meanwhile, women have played an important role in which way the state goes, according to University of Toledo Associate Lecturer Chelsea Griffis, who specializes in modern American women's history.

"I would honestly even argue that at least for Ohio, the way that women vote is normally the way that Ohio is going to vote, or at least where the electoral votes are going to go for Ohio," Griffis said.

In this current political divide, two women in the Toledo area said some of their main concerns in this election are related to health care and the pandemic - though their points of concern differ depending on their side of the spectrum.

Brittany Walling, 26, a graduate student earning her master's in public health, said she regrets not voting and not being more politically engaged in 2016. But she added her passion for health and environmental issues have recently sparked her interest in politics. She said she is voting for Democratic former Vice President Joe Biden.

"I also have public health insurance, so I am kind of nervous to lose that as well. And I, even if I'm not 100% for all of Biden's things, I definitely think that he is more of a person who is willing to listen and has said he is willing to listen to scientists," Walling said.

As for Cindy Burghardt, 61, a west Toledo resident who works for the University of Michigan hospital system, she said her concerns related to the pandemic are connected to its economic aspect. She is voting for Republican President Donald Trump.

"I'm just concerned that they (a possible Biden administration) may limit people from making a living more. And, COVID is not just about people getting sick. It's about the country as a whole and people surviving and being able to pay their bills," Burghardt said.

Trump has recently made different pleas to suburban women at several rallies, including an economic one, telling his supporters in Michigan, "We're getting your husbands back to work."

Susan J. Carroll, a scholar at the Center for American Women and Politics at Rutgers University, said recent research shows women have been actually been hurting the most during the pandemic.

"When I say that COVID is the overwhelming issue, I think COVID is not just a health issue. Although it's a health issue, it's also an economic issue and it's kind of a social issue as well in the sense that it's very gendered, very much a gender issue because the responsibility for children in our society still falls disproportionately on women," Carroll said.

Griffis said the white suburban women Trump has been addressing at rallies helped him get the presidency in 2016. But she added that just two years later, those same voters turned their backs to the Republican Party and helped elect more Democrats to the U.S. House of Representatives.

"What we learned from exit polls and from interviews after 2018 was that suburban women, suburban white women, but all women, were rightfully and incredibly concerned about Trump's mandatory family separation policy," Griffis said.

While immigration may have been a defining topic for women back then, other issues, such as abortion, are concerning voters this year.

Carroll said one of the reasons there is more public attention to abortion in this election is because of the appointment of Supreme Court Justice Amy Coney Barrett, who has been criticized or praised for dissenting opinions she wrote on abortion cases, depending on what side of the political spectrum one falls.

Griffis added that looking ahead, especially after Ohio Gov. Mike DeWine signed the Heartbeat Bill, which blocked women from getting abortions after six weeks of pregnancy, the results of this election could be very telling when it comes to how Ohioans feel about the issue.

For Burghardt and Walling, women's reproductive rights was one of the matters that helped shape their final decisions on candidates.

"When we decide that we're going to implement, that it's OK to have longer-term abortions. Like, at what point do we say, wait a minute, this is a living human being here? So, I really struggle with the long-term abortion issue, which I feel as if Biden's a little hesitant to talk about," Burghardt said.

Walling, on the other hand, said she feels irritated that the government is failing to address progressive issues such as health care and clean energy at the same time she sees leaders in 2020, "trying to control women's bodies and tell people who to marry and take away health care with no real plan to create anything."

When it comes to how their candidates appeal to them, Burghardt and Walling said they don't absolutely love Trump or Biden but their choice is based on ideology.

"Just because you vote for someone doesn't mean you have to 100%, like, love every single idea and thing that they are offering at this moment. Because especially in terms of Joe Biden, he has shown that he is willing to listen to other information. So we could take a policy and say, 'Hey, let's change this.' And he seems to be more open to that," Walling said.

"Well, I can say that I don't love everything about Trump. Sometimes I question his integrity. I don't like a lot of the things that he says and does, his acts, his behaviors. I do, however, feel like he has done some things that I personally see as good. I don't know if there's an issue that is driving me to vote for him. I don't like how liberal Kamala Harris is at all. And so that definitely has a huge driving force for me," Burghardt said.

Griffis said when it comes to appealing to voters, many women will vote against the opposing candidate rather than voting to support a particular person.

"There's going to be a lot of women, even those who voted for Trump in 2016, who don't necessarily care about Biden but basically just care about voting out Trump, right? So that's one thing that's going to swing women to, we'll say the Democratic camp, even not the Biden camp, is that they just don't want Trump to be president anymore," she said.

In the end, Griffis added it's important to recognize women are a diverse group of people with different economic interests and different challenges based on their race and sexuality.

"I would like to see a recognition that that word woman is way more expansive than just one word. And because we know in 2016, even though suburban white women, the majority of them voted for Donald Trump, the vast, vast majority of women of color did not," she said.

RELATED: What can prevent or lead Ohio's youth vote in November?