Two homes near the Lime City Road-Dixie Highway roundabout are decked out in opposing political signage, but the residents are the closest of friends. 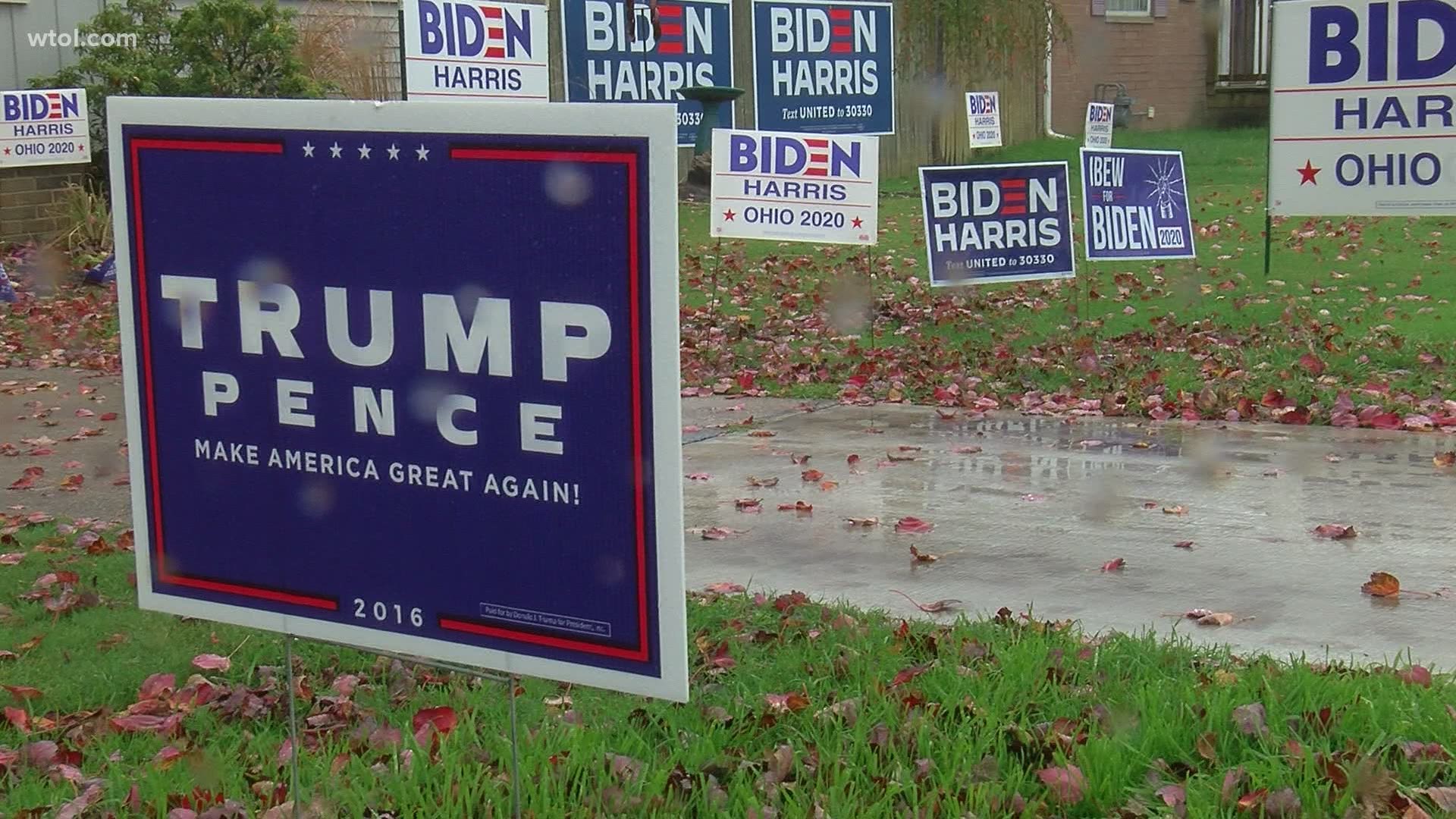 ROSSFORD, Ohio — There's an old saying that goes, 'Fences make the best neighbors.' That may be especially true in today's divided political landscape.

But on one street in Wood County, being a Republican or Democrat doesn't matter as much as being a good neighbor.

"Our politics are not even close," said Glenn Goss, a Republican and former Rossford police chief.

At the roundabout near Lime City Road and Dixie Highway are two homes; their properties divided by their politics.

"I've had people ask, 'What's up with your neighbor?' Or they'll ask him, 'Who's the Trump guy?' But we just laugh it off," Goss said. "We get along fine and to each their own. That's what America is all about."

RELATED: Neighbors on opposing sides of politics show love can still live between them

We asked him to go on camera with us, but he declined. However, he and Goss both said their political opinions, while starkly different, don't interfere with their friendship that's lasted for more than a quarter of a century.

"Of course, my neighbor, who's a Democrat, he has to deck his out too," Goss said. "We have a little competition going every four years. But we're good friends and we've been neighbors about 26 of those 27 years."

RELATED: How to keep your campaign yard signs from getting stolen

The competition part is likely a toss-up. Each home has no shortage of flags, banners and signs. Goss' pickup truck shows his support for the president, too. And if you come knocking, both homes have familiar faces to greet you at the door.

The hope is to bring down the temperature in a time of such division.

"I know a lot of people aren't big fans of his personality, myself included sometimes," Goss admitted. "But when I vote for president, I vote for who I think is going to be best for America, not how they act and how they talk."

Goss and his neighbor will cast their ballots for different candidates this year, but they said politics is no barrier for a friendship of two-and-a-half decades.