We asked what issues are at top of mind of NW Ohio voters and what's driving them earlier to the polls this year. Here are some of your answers. 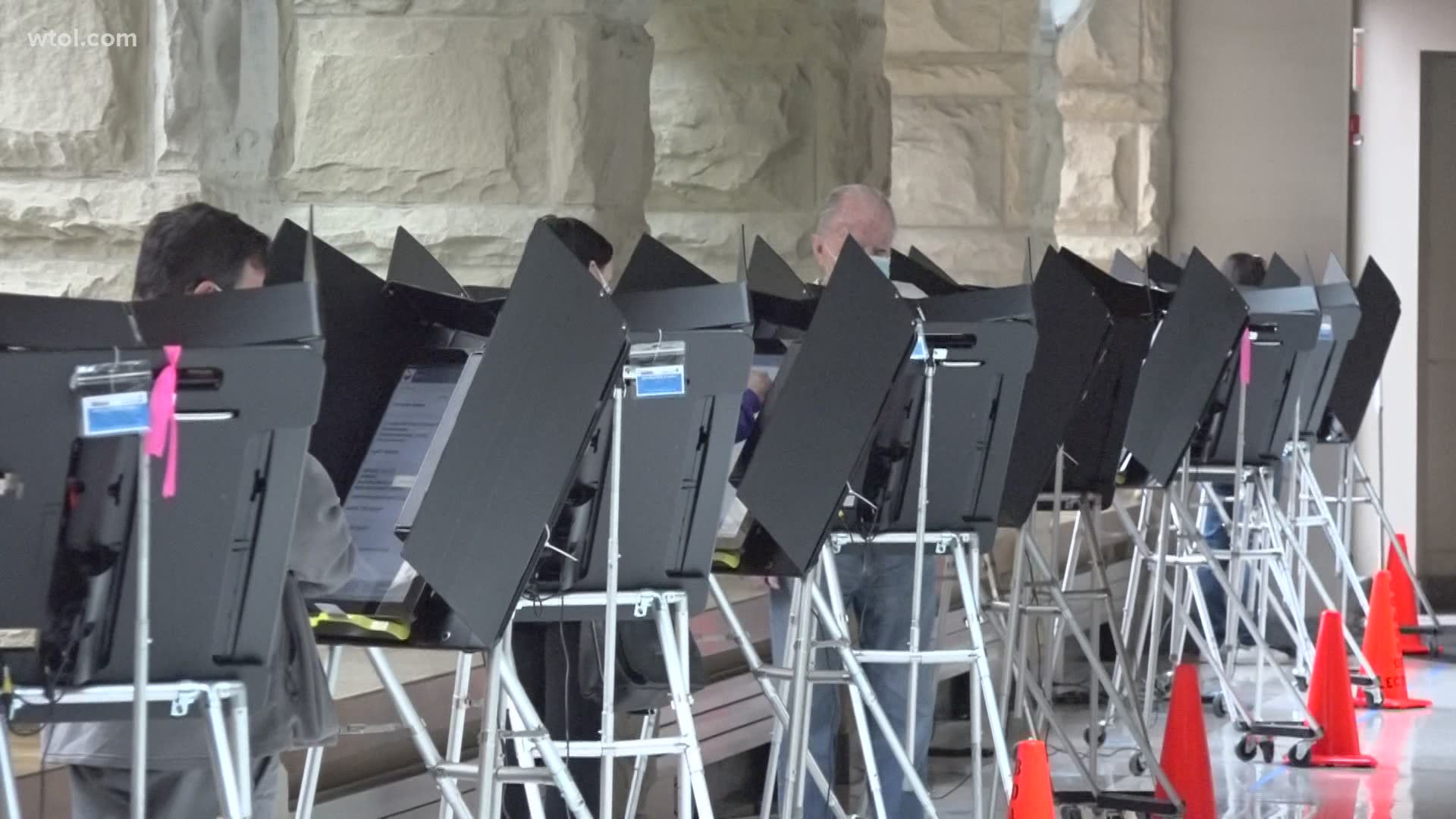 Typically, boards of elections see more voters come out to the polls during a presidential election year. But even compared to four years ago, the numbers for the first week of early voting tripled in 2020.

Here are the comparison numbers for the first week of early voting in Ohio:

WTOL 11 wanted to find out why so many Ohioans are coming out to the polls early, and what issues matter most to them. We asked our viewers on Facebook to answer three questions. We also posed the same questions to Lucas and Wood counties voters:

- Have you voted early before?

- Is there a specific reason you chose to vote early, rather than voting by mail or on election day?

- What is the biggest issue for you on this year’s ballot?

Here are some of our viewers' answers:

Nathan Eberly: I've been voting early for at least four years. Gets it out of the way, can plan around my schedule, and I avoid the chance of long lines or issues the day of elections.

John Jones: I voted early and not by mail because the US postal service is a disaster! They lost my taxes due tomorrow and tell me they're not considered lost for 30 days, tell that to penalties and interest.

Larry Mandell: I voted with an absentee ballot and put it in the box at the Wood County Board of Elections in Bowling Green. I tracked it online. Very convenient. Voting at home and delivering to the board of elections. Stop in BG for a bite to eat.

Judy Barney Mielke: I voted in person the last few elections, including this one. However, my primary reason is more for convenience than anything. I live in rural Fulton County and the BOE is in Wauseon, whereas my polling place is closer to Delta. I'm in Wauseon all the time so it's just more convenient for me to just stop by when I'm in town. Plus, living in a small community I have never had to wait in line either.

Freddie Sturdivant: I already voted earlier this month. I always vote early. The biggest reason is I don't always have Tuesdays off. With my job, I can't just call off or show up late. My issue that swung my vote is the 2nd amendment.

Pamela S. Peterson: Voted in-person early!!! Easy peasy in and out!!! Biggest issues (are) COVID-19 and economy and the upheaval this nation has been in these past four years. Bringing back America to a more mature respectable place!!! And other local levies on ballot!!!

A popular answer among voters at early vote centers consisted of concerns about your ballot being lost in the mail.

“I voted early because, listen, you know, there's a lot of mix up with all these, you know, with the mail and everything, so I said listen, just go out and vote,” Wood County voter Paul Newman said.

“Too much talk and drama going on with the postal service and the so called voter fraud so we figured we'd just go in person," Lucas County voter Eric Rocker said.

When it came to the issues that mattered most to voters, many were eager to cast their ballot in this year’s presidential race. But that's not the only race on the ballot, or issue in general, that matters to early voters this election.

“We’ve got to get the economy back on track," Wood County voter John Goss said. 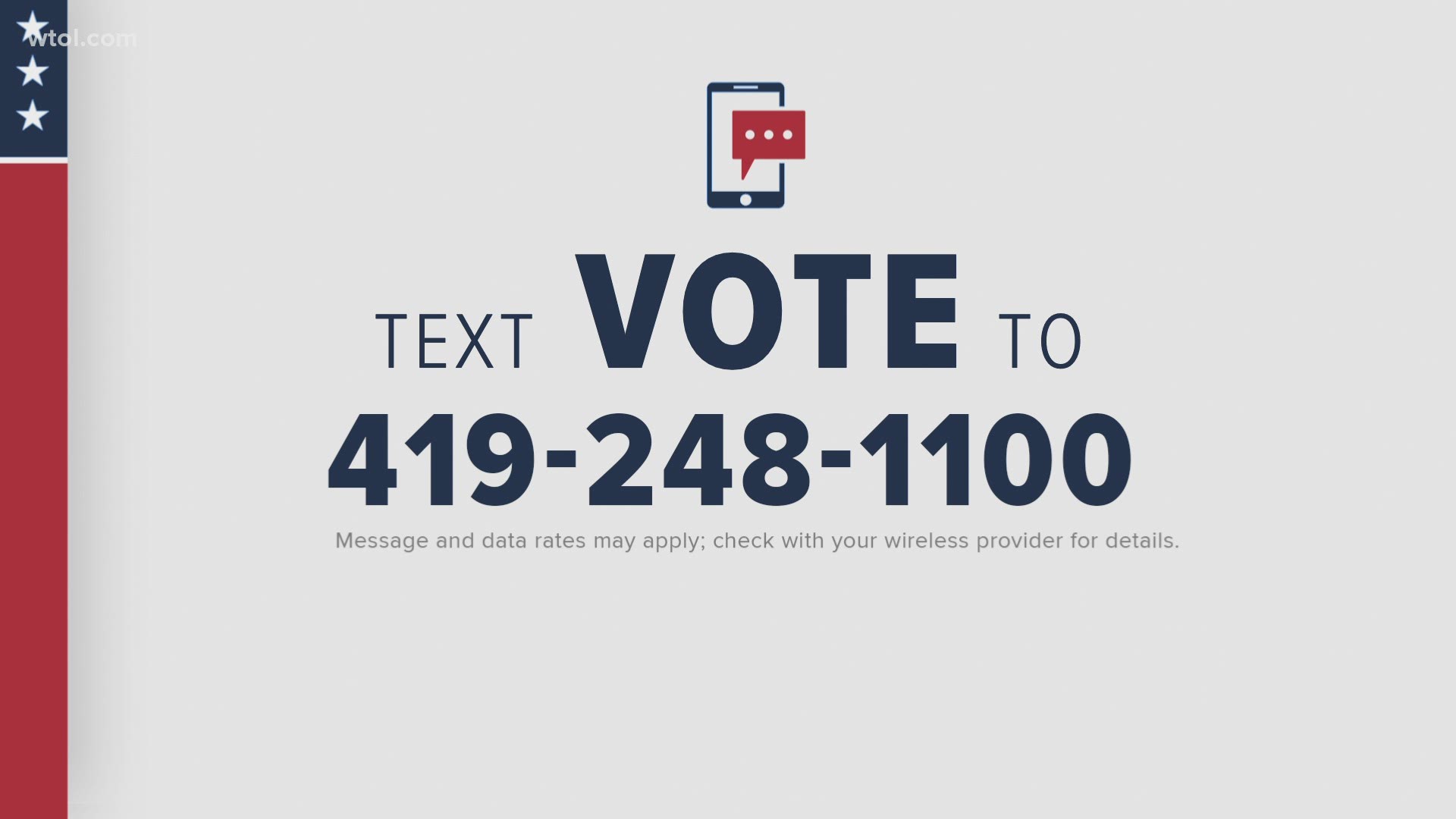