Lucas Co. Board of Elections updated that as of Tuesday, 55,481 absentee ballots have been mailed out of the more than 62,000 orders sent to vendor Midwest Direct. 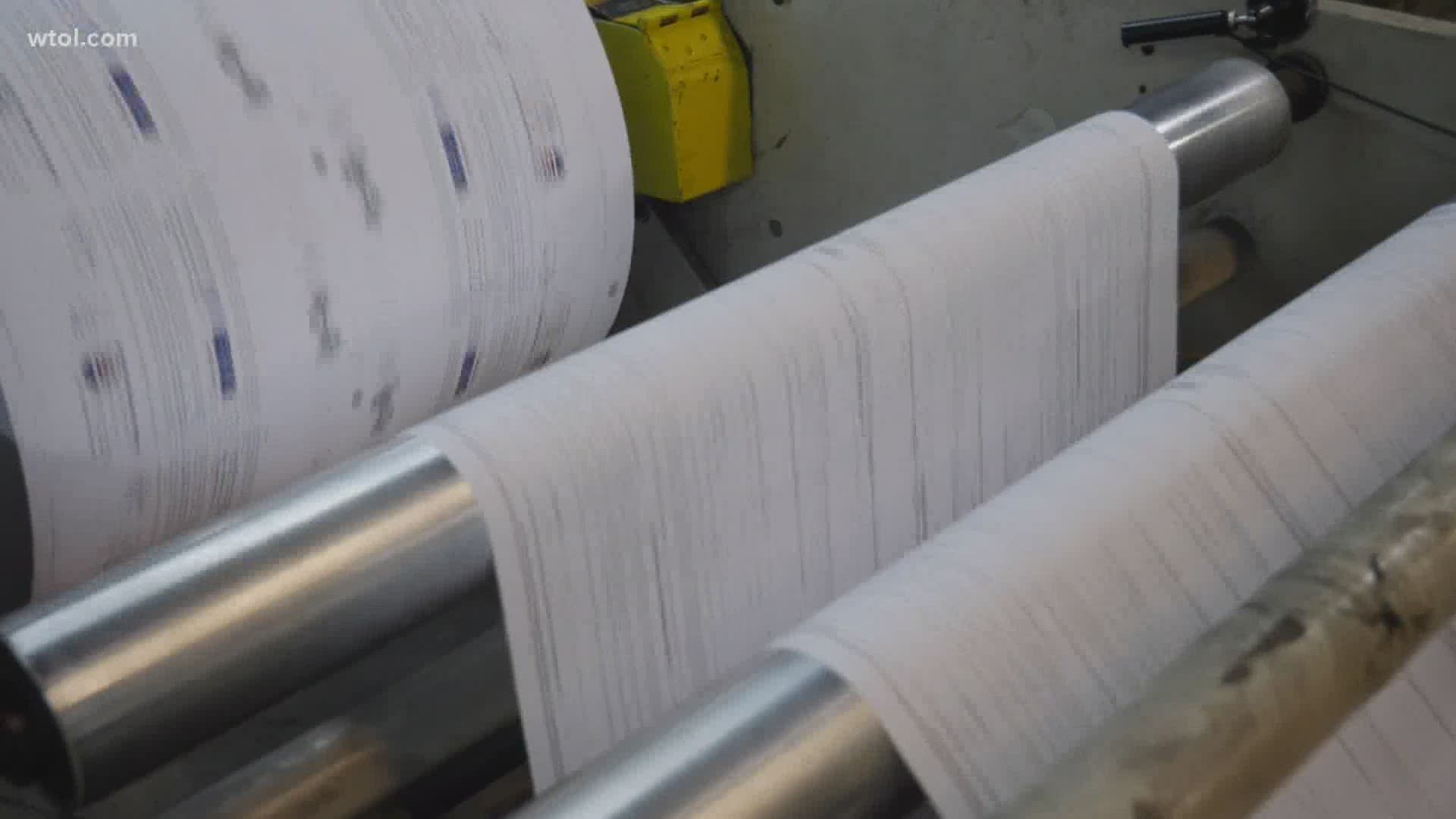 TOLEDO, Ohio — On Wednesday morning, the Lucas County Board of Elections issued an update on absentee ballot fulfillment, issuing an apology for problems experienced with the third-party vendor contracted to print and ship the ballots.

Lucas County is not alone in reporting issues with the vendor, Midwest Direct, which was contracted to print and ship absentee ballots for 20 Ohio counties this election season. At least one county has canceled its contract with the Cleveland-based firm and a Pennsylvania county had nearly 29,000 incorrect ballots sent out.

"Our apologies for the issues with our print vendor.  As of yesterday at the end of day 55,481 ballots were mailed," a tweet from the Lucas County Board of Elections read, just after 10 a.m. Wednesday.

After concerns were raised Monday, the Lucas County Board of Elections confirmed 5,705 absentee ballots were mailed out last week and said the full batch of more than 62,000 requested by voters should be sent by Wednesday, Oct. 14.

Our apologies for the issues with our print vendor. As of yesterday at the end of day 55,481 ballots were mailed.

The board contracted with a third-party vendor, Midwest Direct, for the print processing of the ballots. Board of Elections Director LaVera Scott said her office sent more than 62,000 applications from voters in Lucas County to the vendor to print and mail on Tuesday, Oct. 6.

Some other counties and states have reported dissatisfaction with the services of Midwest Direct, with Summit County dumping its contract with the marketing firm, saying it was taking too long for absentee ballots to be put into voters' hands. Summit County's board of election will take on printing and fulfilling absentee ballot requests itself.

Midwest Direct was contracted by 20 Ohio counties, including Wood County and Cuyahoga County.

The Elections Division announced today that a ballot image mapping error by the company contracted to handle the printing, collating and mailing of ballots has resulted in 28,879 voters in Allegheny County receiving incorrect ballots. pic.twitter.com/ONhZ2PTUgF

Back in Lucas County, Scott explained on Monday that the board reached out to Midwest Direct last week when their website showed all of the absentee ballots had been mailed.

Scott said she wasn't certain that number was accurate and she was right. She said the board could not immediately reach the vendor Friday or Saturday.

A representative called Monday afternoon and confirmed that 5,705 absentee ballots had been mailed and the rest would be done by mid-week this week.

As of Tuesday, the board tweeted, 55,481 ballots were mailed. Voters can expect a 5 to 7 day delivery time with the United States Postal Service.

Scott says the board mailed out absentee ballots itself for the presidential primary in March. She said board members worked 12-hour days and six-day weeks to finish mailing the 40,000 absentee ballots for that election.