Metroparks Toledo officials say now is the time to develop the Maumee riverfront downtown and continue improving all of its existing parks. 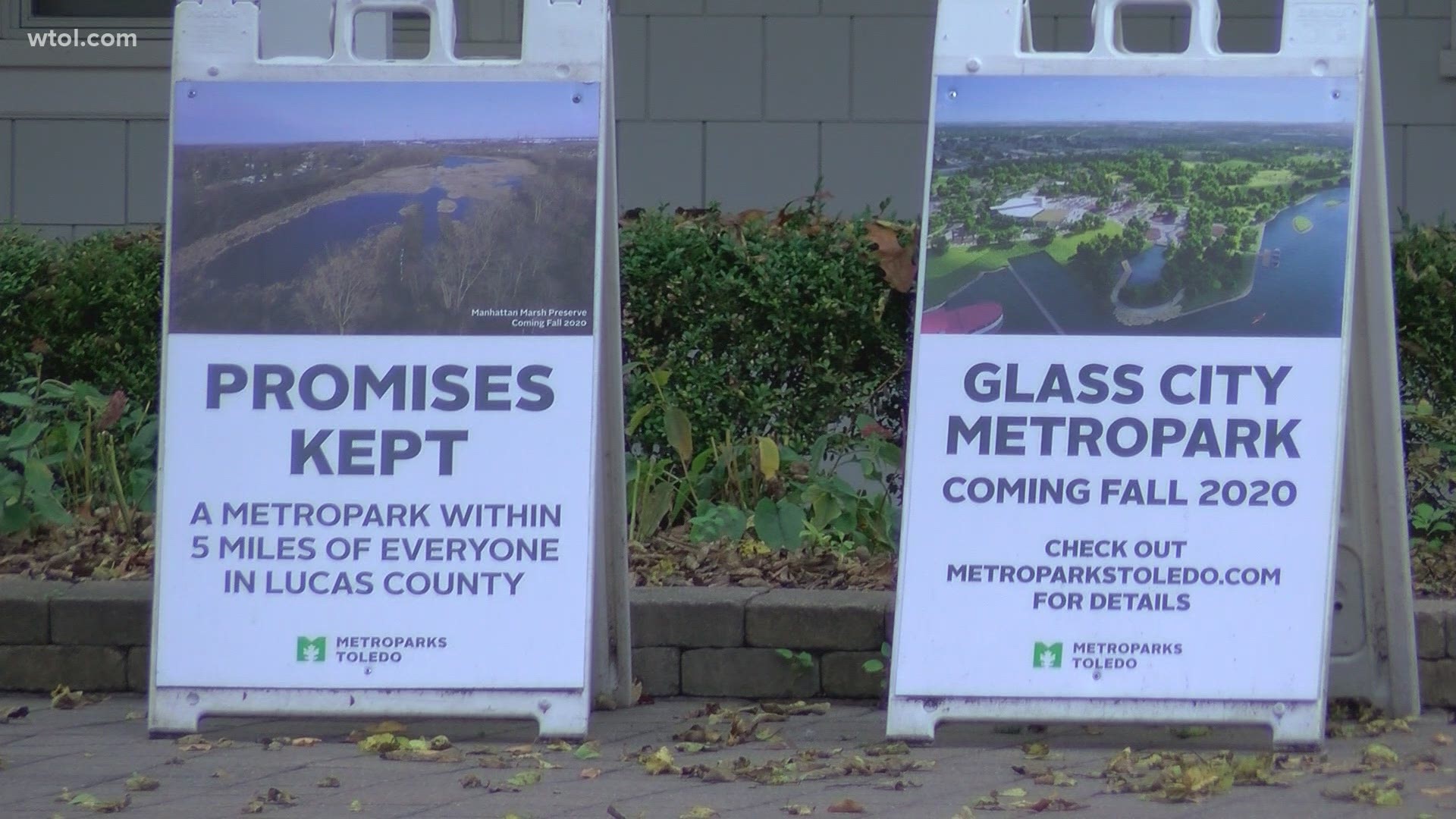 TOLEDO, Ohio — Toledo voters have passed the Metroparks levy according to Wednesday's unofficial results, showing support for the city's Glass City Metropark. The city says the money from the levy will be used for the new park on the east side of Toledo along the Maumee, as well as for improving Toledo's existing 17 parks.

Scott J. Savage, president of the Board of Park Commissioners for Metroparks Toledo released a statement on the apparent passage of Issue 17:

“The passage of the Metroparks levy is a powerful statement by our community that we are moving forward, together, toward a vision for a clear and bright future. With the community as the centerpiece of our plans, we will forever change our region. We are so thankful for Lucas County voters’ trust in the Metroparks team and our partners who have worked with us to shape where we are today, and an even more promising tomorrow.”

Voters are deciding on candidates for office at the polls now, but there are also important ballot issues like a levy for Lucas County voters for Metroparks Toledo.

During quarantine, the Metroparks were some of the few places open for people to get out of the house and social distance. Now, voters have a decision to invest more money into the parks with Issue 17.

This money is expected to go toward funding the newest Glass City Metropark on the east side of Toledo along the Maumee. It will also go toward improving every one of the 17 existing parks.

Metroparks officials say the funds will allow them to leverage for more public grant dollars and attract private investment for the future development of the Maumee riverfront.

"In the last 10 years, we've become one of the top four park districts in the country," Metroparks Toledo community outreach officer Matt Killam said. "It's not just us saying this. It's thanks to Lucas county supporters that we are on the map."

Killham says during quarantine, they saw a nearly 60% increase in park usage.

"Last year we had five million visits and we were over the moon about that. This year we're going to blow past six million visits, so usage is up, people like what we're doing," he said.

Parkegoers at Wildwood Park say they're in favor of the levy if it means more improvements.

"I think it's definitely worth it since we don't know how long COVID is going to last. I feel like it's definitely a free space for people to be able to go out and appreciate nature,"  Katherine Berryman of Toledo said.

Susan Micham of Sylvania says she started walking every day at one of the Metroparks during the stay-at-home order. She believes the Metroparks make the Toledo area a better place to live and work.

"It's definitely worth it, I think it's important we have green spaces for people to be able to get out of their houses, especially long workdays to be able to have a space to go in nature," she added.

If the levy passes, Metroparks will be able to leverage its money with a $23 million dollar federal grant to further develop the Maumee riverfront.