A doctor with the Infectious Diseases Society of America recommends voting early to avoid long lines, wearing a mask, and trying to maintain social distance. 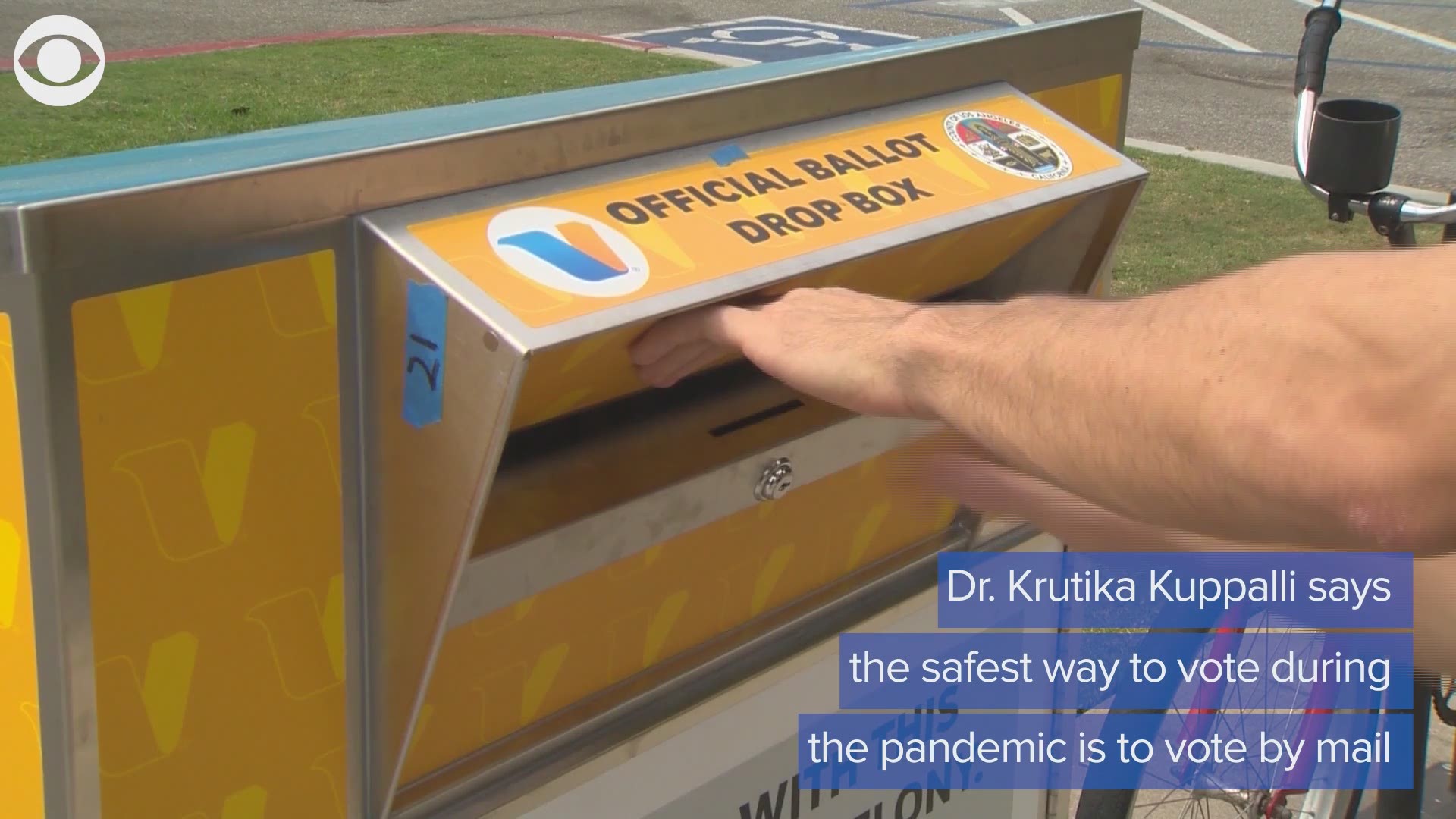 “From a coronavirus perspective, the safest way to vote is to vote by mail,” says Dr. Krutika Kuppalli with the Infectious Diseases Society of America. Because voting by mail may not be an option for everyone, Dr. Kuppalli helped develop guidelines for safe in-person voting. She says, “It's not about election day. It's what we do in the days and the weeks prior to the election. We need everybody to play a role in trying to help decrease the rates of community transmission.”

To create more space, election officials in Texas transformed a sports arena into an early polling site. One official said machines are stationed six feet apart and sanitized after every vote.

Dr. Kuppalli says polling locations need to be vigilant to keep voters healthy. “Have hand sanitizer available at entrances, exits, and at every step along the way during the polling process. And also to have disposable pencils, pens, or ballot-marking devices,” she says.

Rona Kantor considers it her duty to vote in person. But with the pandemic, the Florida retiree says it's too risky to wait in those long Election Day lines. “Even if we voted early, we know the lines would be enormous. So for the very first time in our lives, we decided to do a mail-in ballot,” Kantor says.

“I've never forgotten that wonderful feeling of walking out of the voting booth going 'Yes!’ I certainly will miss that. But I think what I'm doing is just as important right now,” Kantor says.

Check your local state laws about registering to vote by mail with many deadlines fast approaching.