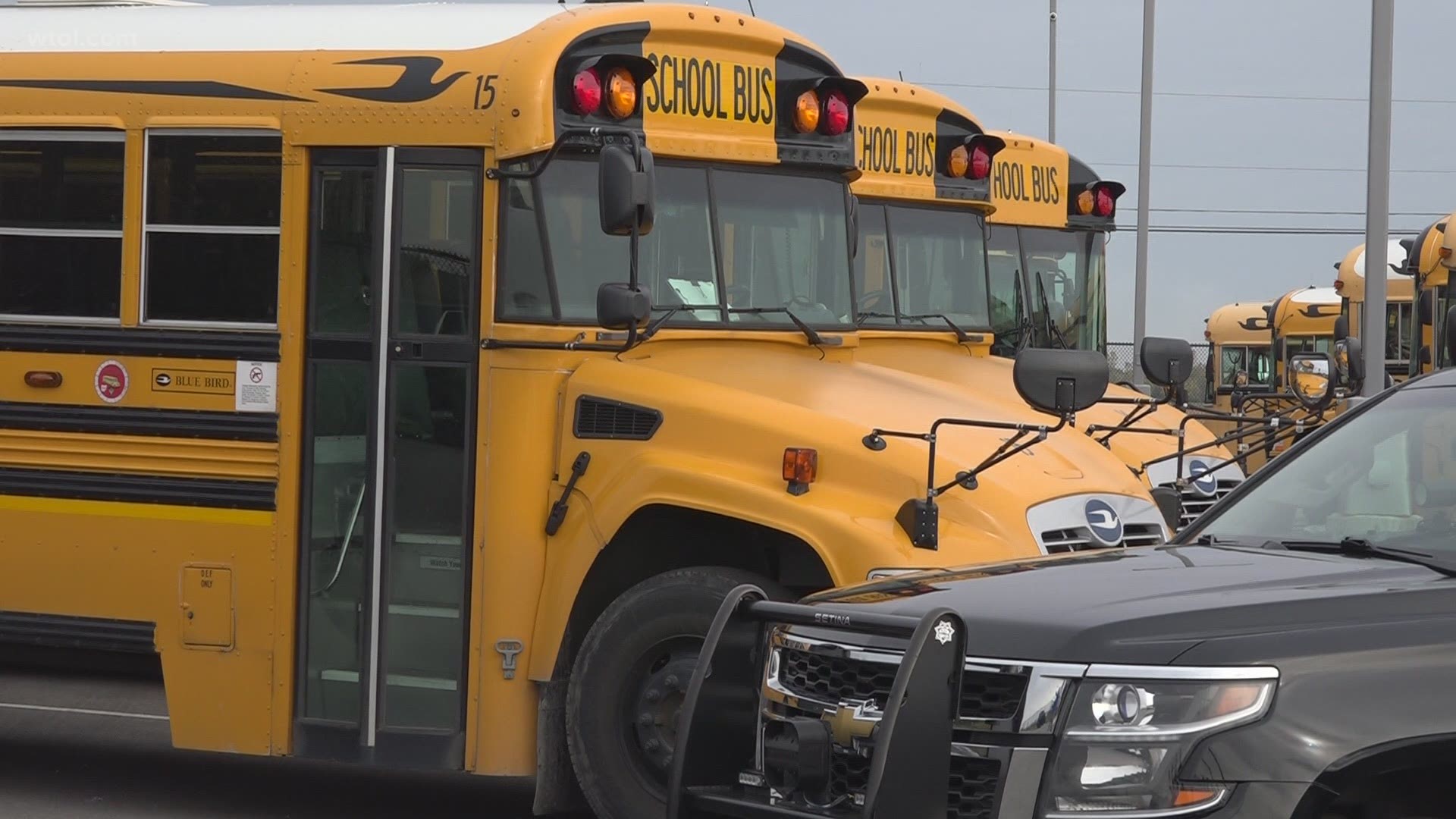 OREGON, Ohio — The Oregon Police Department is looking for a driver that almost hit a student getting off the bus Wednesday afternoon.

On Facebook, the police department said a student was getting off the bus in the 3000 block of Pickle Rd. around 3 p.m. when the incident occurred.

Police say once the bus had its stop sign out and the lights flashing, a newer lime green crotch rocket motorcycle or dirt bike went off the road to the right and went through the grass on the same side of the road that the student was exiting the bus.

The driver almost hit the student.

"I couldn't believe that not only did this poor child have a traumatic experience, but I can't imagine as the children watched what was happening. I don't know how they would be okay witnessing such a thing," said Maria Porter, a parent with children at Oregon City Schools.

This particular school bus didn't have outside cameras to capture the incident.

Gregory says this'll happen over the next several years as they buy three to four buses a year. The buses are funded through a 5-year ongoing improvement levy, as well as through CARES Act ESSER funding.

Police Chief Brandon Begin says outside cameras may have not been effective in catching the driver in this case.

"For my understanding with these buses, the cameras are actually on the opposite side of where this incident took place because that's where the majority of these incidents take place; to the left as opposed to the right," the chief said.

He adds that school bus drivers are usually good at identifying drivers so police can give them a citation.

Porter is pleading for drivers to have more care on the road.

Anyone with information can call Det. Stelmaszak at 419-698-7061 or jstelmaszak@oregonohio.org.