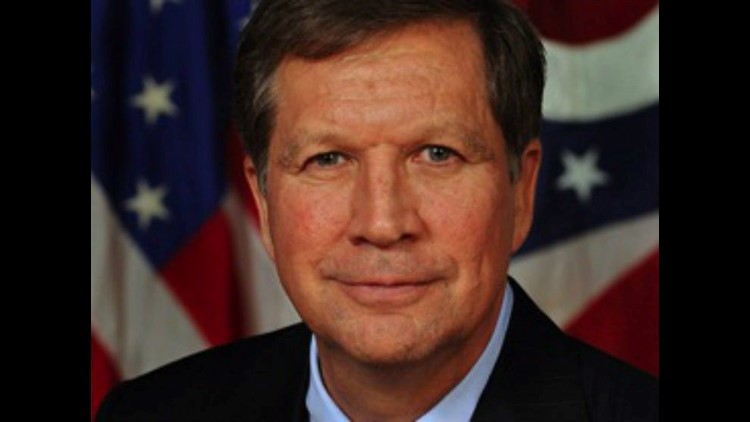 COLUMBUS, OH (WTOL) - Governor John Kasich is known for liking to challenge convention wisdom. In many ways, bucking the norm defines how he has governed Ohio.

While a smaller government footprint is Republican principle, he touts expanding Medicaid for the neediest Ohioans, arguably one of his biggest accomplishments he credits to support from citizens he calls compassionate and pragmatic.

"They don't want the mentally ill to live, sleep under a bridge," Governor Kasich said. "They want to make sure you get some treatment."

One of the dark spots to happened during his administration was the opioid crisis. Although the state made some strides to combat the epidemic, he considers it "unfinished business."

"I'm not saying we're winning, I'm saying we're gaining. We have a six-year low in deaths and a 20 percent drop in the number of doses of opioids," Gov. Kasich explained. "Part of the reason why I feel so strongly about Medicaid expansion is that it provided the resources in the communities for treatment and rehabilitation."

Governor Kasich is also proud of the 485,000 jobs he says were created during his term. But he is not satisfied with this number and wants to pass the half a million jobs mark by the time he leaves on January 24, 2019.

He says this is an important part of his last days in office because he believes each job represents opportunity for a person, their family, and neighborhood.

The Governor is passionate about the role education plays in securing not just a good job, but creating a competitive workforce that is flexible to forthcoming changes like automation, robotics, and even artificial intelligence.

"As frustrated as I am about the workforce, I think we're leading most of the states in the country," Govern Kasich said. "Is this going to be done in my term? No. We need to have more business people involved in setting the curriculum. We need to have lifelong education. We're working on all of these issues. We have gains in all of them but it's going to be a long road. I'm very anxious about this."

According to the latest Morning Consult poll, 52 percent of surveyed Ohioans approve of the job Governor Kasich is doing.

But in his first year in 2011, that number was in the thirties. He says that is all a part of a trend in politics.

"The people on the street would say, what kind of poll is that? I haven't warmed up to him. I don't like him. You go up and down in politics," Kasich explained. "But you go up and down if you play for the Toledo Mud Hens. They were hitting 350 and they love you. Then you strike out five times in a row, with men on base and they say you're a bum."

As for what's next, many speculate Governor Kasich might try to challenge President Donald Trump for the Republican nomination in 2020. But Kasich says he is not sure if he wants to run or not. However, he does plan to stay in politics.

"I have no idea what I'm going to do. But I do want to be a voice," Governor Kasich said. "I appreciate the fact that the people have given me a chance and the Lord's given me a voice."