A pet owner is sharing her story with the world after her dog died by suffocation when a chip bag got stuck on his head. 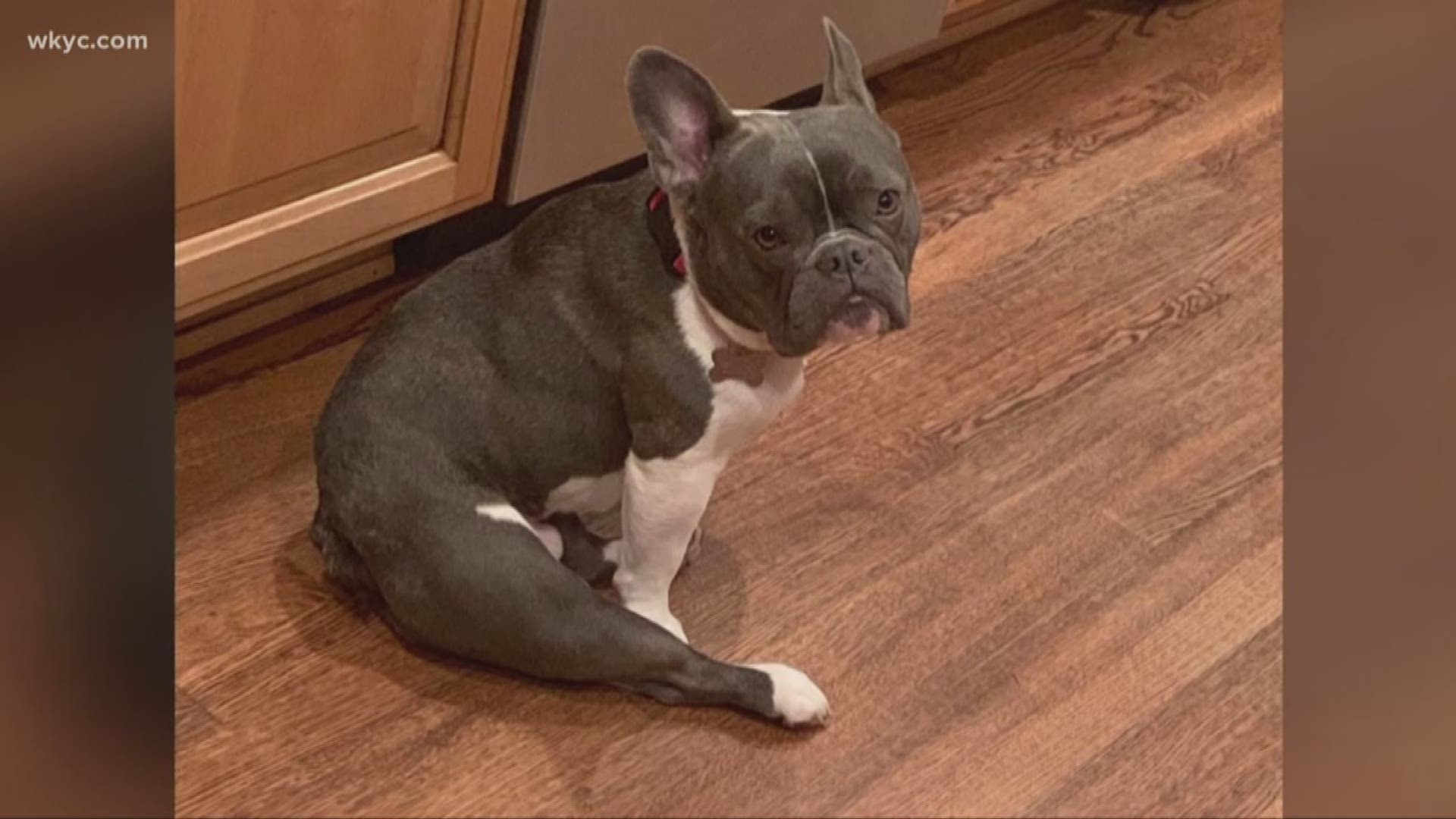 ROCKY RIVER, Ohio — A pet owner is sharing her story with the world after her dog died by suffocation when a chip bag got stuck on his head.

Rebecca Hammermeister and her family got their dog in Christmas of 2017 and a handful of years without owning a pet. Arthur is a French Bulldog that loved the world according to Hammermeister.

But Arthur tragically lost his life one night in a way Hammermeister never expected. Her husband was eating a snack before he fell asleep.

“I woke up to [my husband] crying and screaming at 6 o’clock in the morning, ‘Authur’s dead, Authur’s dead.’” Hammermeister remembers.  “We had come downstairs, and we found him in the corner a snack bag over his head.”

She can’t explain exactly how it happened, but it did. And she’s not alone.

According to PreventiveVet.com, 2-3 pets die each week in the U.S. to chip and other snack bag suffocation. It takes just a few minutes to happen. And loving, caring pet owners like Hammermeister aren’t exempt from tragedy.

“You could just be in the other room and not even know because they’re unable to bark. They’re just breathing really heavily,” she said.

There are tips you can use to help keep the same thing from happening to your furry family member.

Preventive Vet suggests you cut bags before placing them in the trash so that they’re no longer a hazard. Eat snacks out of a bowl instead of the bag so they aren’t left laying around. And you should also store large portions in a container instead of keeping the bag itself.

The animal awareness website also suggests you pay close attention during holidays and large parties when these types of bags or more likely to be left around – and a time when you’re less likely to be focused on your pet.

Hammermeister’s message to others is simple.

“We love on [our pets]. They really are part of your family. We do everything in the world to protect our children and our loved ones. And we just have to be advocates for animals as well.