Could a minor who was raped be forced to deliver? 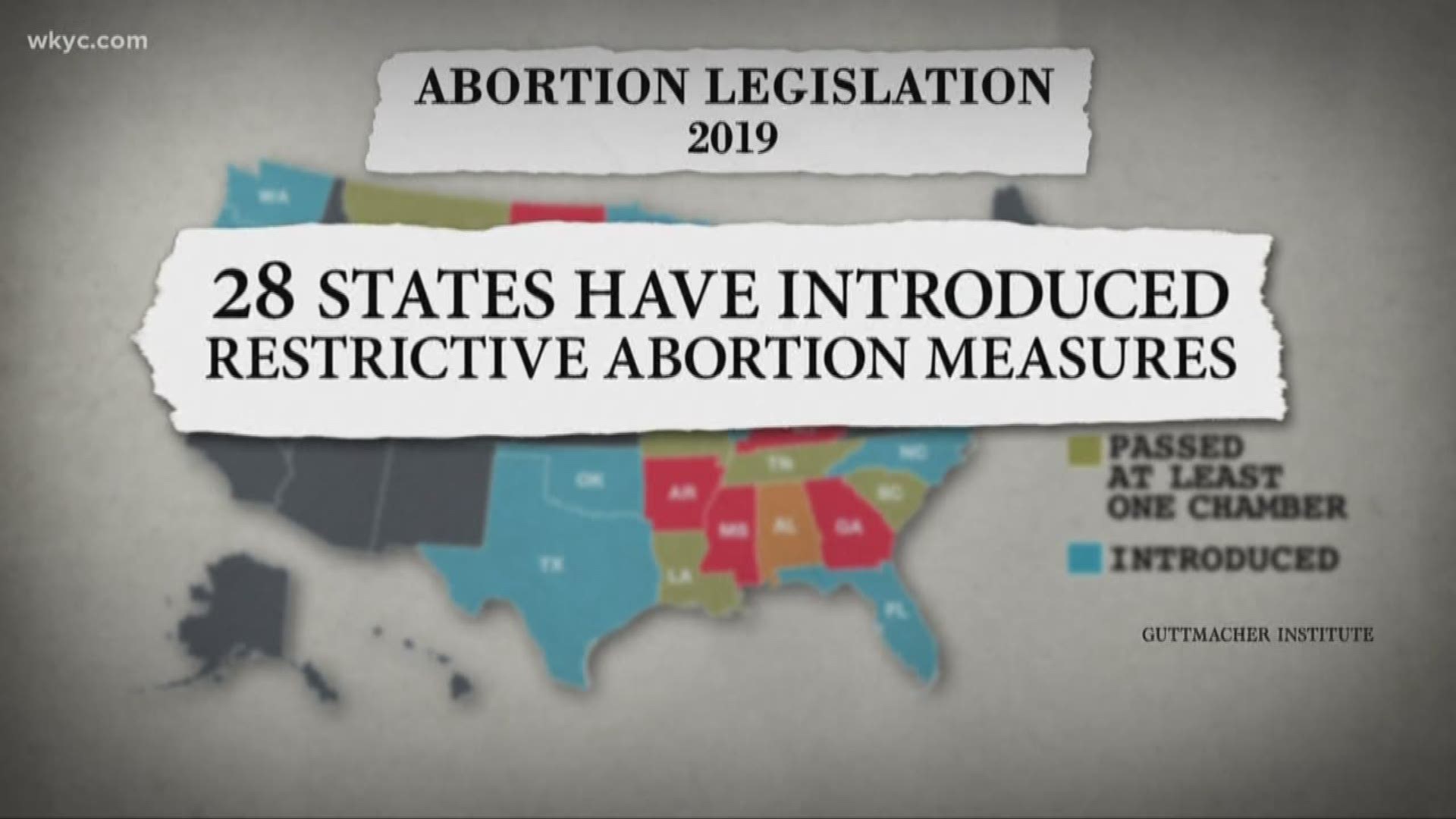 CLEVELAND — Juan Leon-Gomez, an undocumented immigrant from Guatemala, is unexpectedly at the center of a fierce abortion debate.

If Ohio’s new abortion law was in effect, the girl would be forced to deliver his child, since it does not make exceptions for rape.

Currently 28 states have restrictive abortion measures, with Missouri being the latest to join the list.

Ohio is one four states outlawing abortion at the first sign of a fetal heartbeat.

Yet nowhere is as tough as Alabama, where it could soon be a felony to perform an abortion, punishable by up to 99 years in prison.

Abortions would only be legal if there was a serious health risk to the mother.

The bill’s sponsor admits the goal is to get the Supreme Court to review "Roe versus Wade," and with two new conservative justices appointed by President Trump, Case Western University Professor Jessie Hill says that is certainly possible.

“Nobody is standing over the Supreme Court and telling the justices they have to follow precedent,” she said. “They can say, ‘Well we’ve changed our minds, and we no longer think this is the right precedent.’”

“There’s no exception for rape or incest. It’s an extreme law,” he said on his program.

The case against the alleged Massillon rapist continues to move forward. Leon-Gomez is scheduled to be arraigned on Monday in Stark County.