Officials: People should report any unsolicited packages from China that contain seeds

Do NOT plant these seeds. The types of seeds in the packages are unknown at this time and may be invasive plant species, officials said. 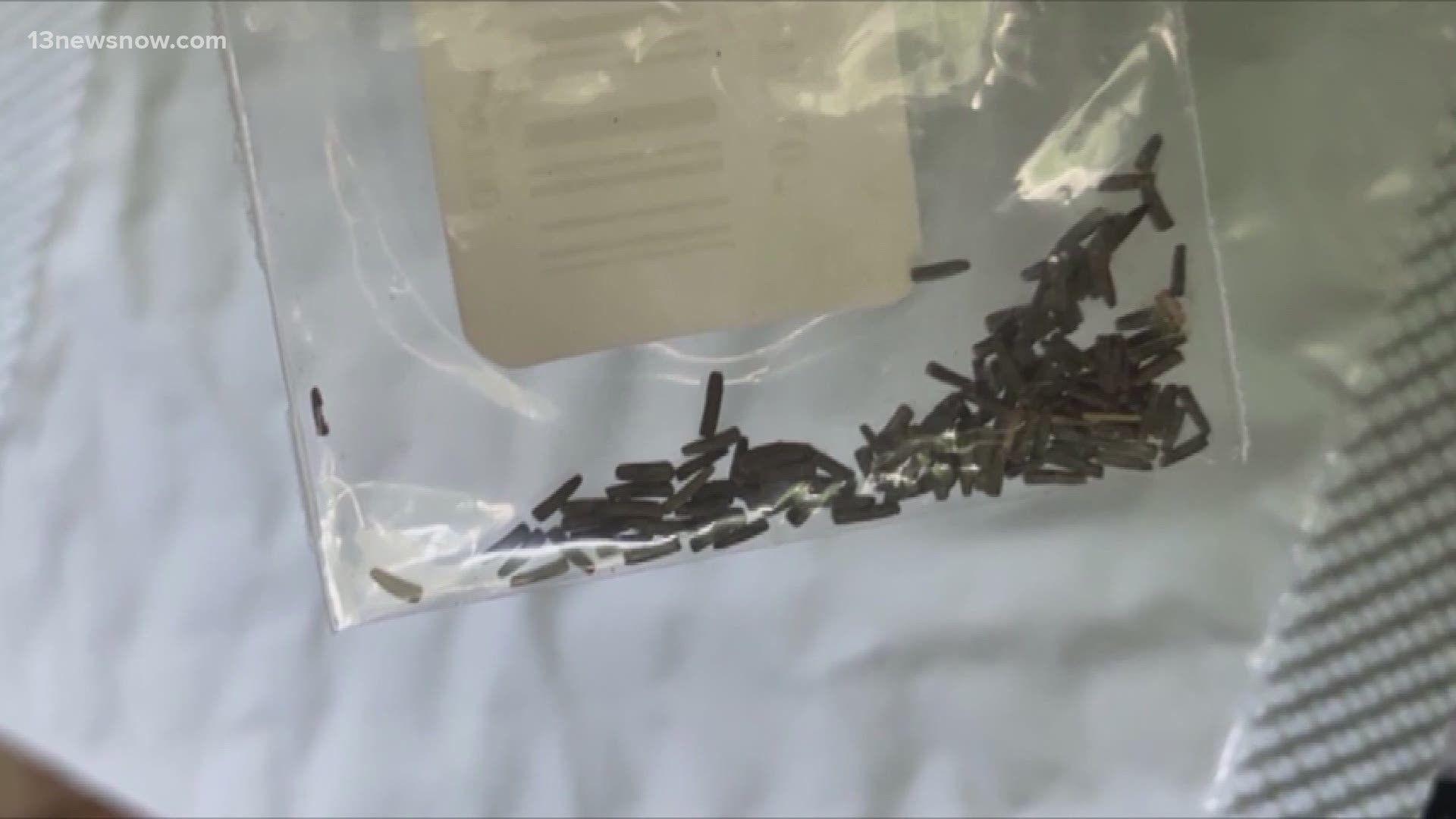 The Virginia Department of Agriculture and Consumer Services sent out a news release urging residents to not plant the seeds.

Officials said the type of seeds in the package is unknown at this time and may be invasive plant species.

The packages were sent by mail and may have Chinese writing on them.

Regina Hatchell sent 13News Now photos of a package she received by mail. The photo showed a postmark from China. Inside was a plastic bag filled with black seeds.

“We got with a supervisor and they called me back within an hour and said 'we are on our way,'” said Hatchell.

VDACS encourages anyone who has received unsolicited seeds in the mail that appears to have Chinese origin to contact the Office of Plant Industry Services (OPIS) at 804-786-3515 or email ReportAPest@vdacs.virginia.gov.

RELATED: China tells US to close consulate in Chengdu in retaliation

RELATED: Reports of documents burned at the Houston-based Chinese Consulate ahead of Friday's eviction