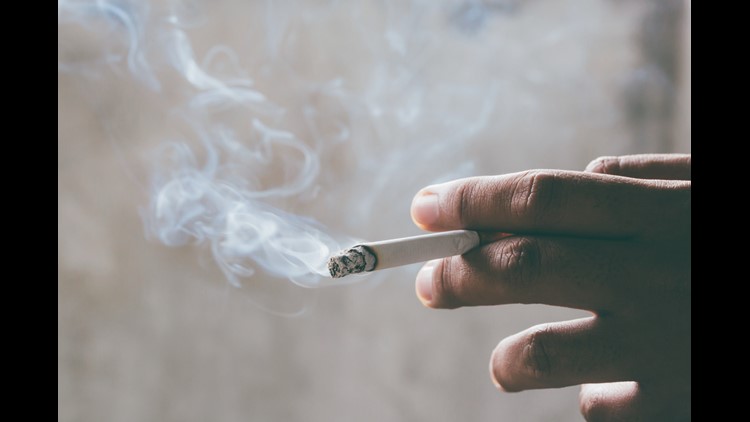 smoking Cigarettes tobacco in hand with a soft-focus. concept quit Cigarettes are dangerous to health.

The McConnell bill will be introduced in May and will be applied to all tobacco products, including vaping devices.

McConnell made the legislation announcement with the President/CEO of the Foundation for a Healthy Kentucky Ben Chandler, State Senator Julie Raque Adams, and State Representative Kim Moser.

“I was proud to join my former colleague Ben Chandler who has been a leader on this issue in Kentucky. Senator Adams and Representative Moser championed the initiative to make all schools in Kentucky tobacco-free, and my legislation will build on their progress to protect the health of our teens nationwide,” McConnell said.

Kentucky does have a high cancer rate, it is one of the highest in the country. The Commonwealth leads the nation with 34% of cancers tied directly to smoking. When teens vape, they could be taking the first steps toward serious health problems throughout their lives. Alarmingly 45% of Kentucky high school students report having tried vaping. About 95% of adult smokers began using tobacco products before they turned 21. Studies have shown that the brain is still developing throughout teenage years, and nicotine use on a young brain can stunt growth and make it harder to focus, learn, or control impulses. Nicotine use also can increase the risk of addiction to other drugs.