Indiana USAR Task Force 1 could be seen climbing a mound of debris at the site Monday alongside a piece of heavy equipment that was picking up rubble. 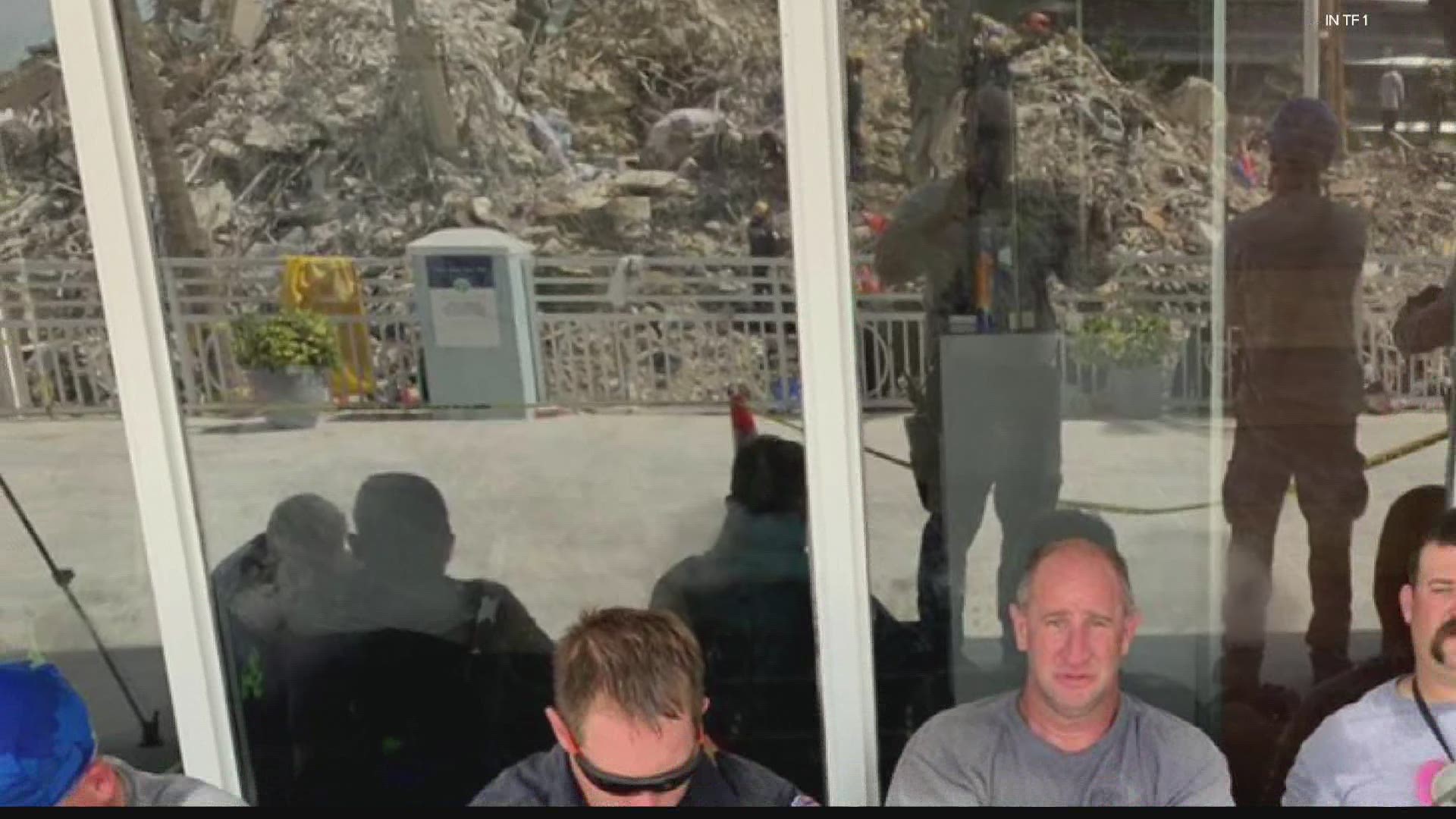 Among the crews working were Indiana USAR Task Force #1. Some of the members are from the Plainfield Fire Department, which posted its members describing the work as "hot, challenging, exhausting, frustrating and slow."

More than 115 people remain unaccounted for.

Indiana USAR Task Force #1 could be seen climbing a mound of debris at the site Monday alongside a piece of heavy equipment that was picking up rubble.

Workers immediately began clearing some of the new debris after the demolition late Sunday brought down the last of the structure and allowed search efforts to resume.

1 / 7
AP Photo/Lynne Sladky
Rescue crews work at the site of the collapsed Champlain Towers South condo building after the remaining structure was demolished Sunday, in Surfside, Fla., Monday, July 5, 2021. Many people are unaccounted for in the rubble of the building which partially collapsed June 24.

Rescuers made their way into parts of the underground garage that is of particular interest. Officials said the search effort resumed before midnight. It had been called off Saturday to allow specialists to drill holes for explosives needed for the demolition.

“As a result of the contractor who brought it down, he did it in such a way that literally we actually were back on the original pile in less than 20 minutes,” Miami-Dade Assistant Fire Chief Raide Jadallah told family members of those missing, drawing applause in a rare upbeat moment for the twice-daily meetings.

That said, the chances of finding any survivors there waned, Miami-Dade County Mayor Daniella Levine Cava said on NBC’s “Today."

“We understand that families realize the fact that time has gone by, they realize that the chances are growing all dimmer,” she said. “They are with us, they know what we’ve been doing every step of the way.”

Rescuers were hoping to get a clearer picture of voids that may exist in the rubble as they search for those believed to be trapped under the fallen wing of the Champlain Towers South in Surfside that collapsed June 24.

Approaching Tropical Storm Elsa had added urgency to the demolition plans with forecasts suggesting the system could bring strong winds. President Joe Biden declared a state of emergency in Florida because of the storm, making federal aid possible.

The latest forecasts have moved the storm westward, mostly sparing South Florida, but the area could still feel effects.