Ohio and Michigan are involved in the lawsuit, which would also force the company to divest itself of acquisitions such as Instagram and WhatsApp. 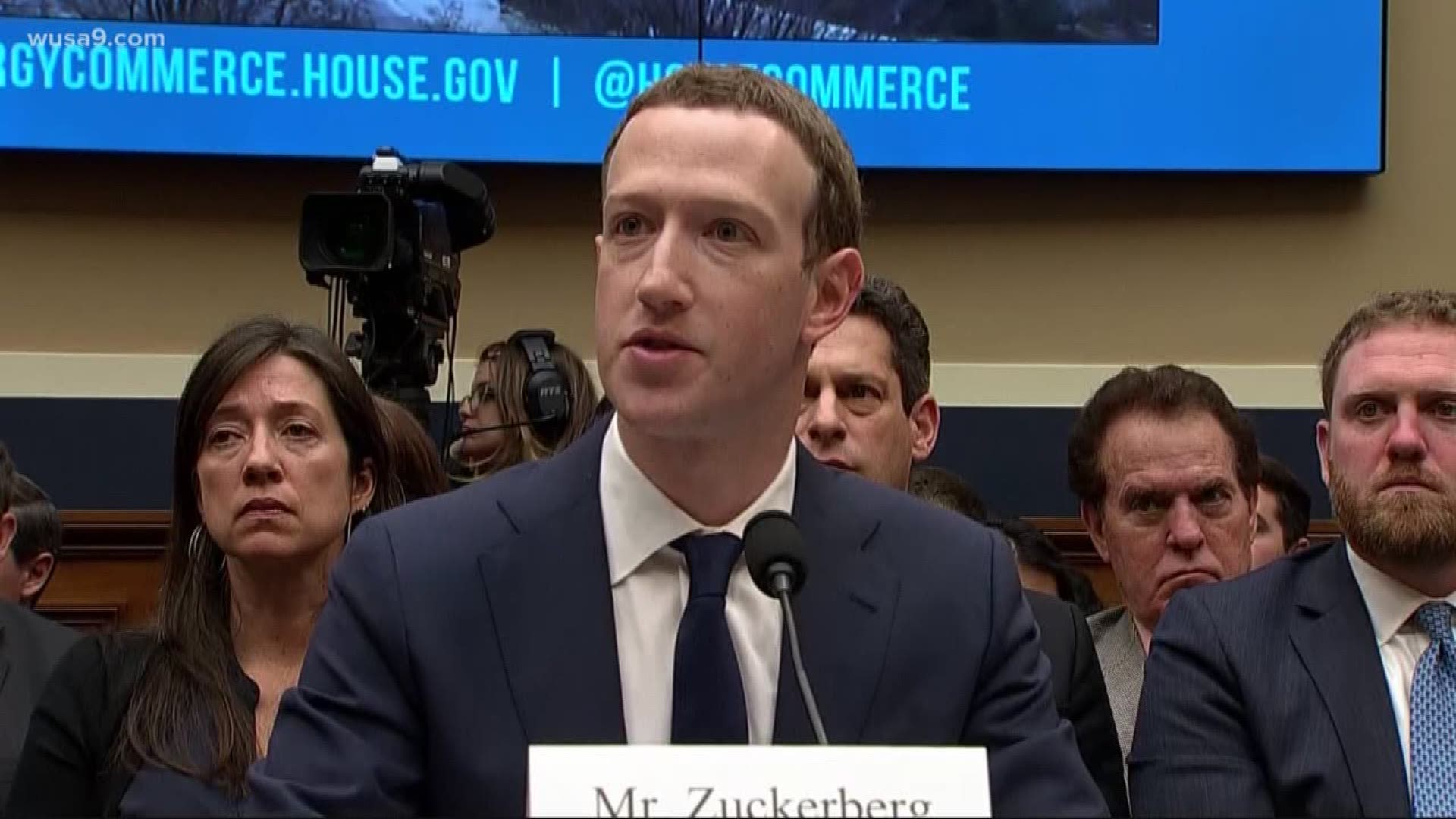 WASHINGTON — (Video above is from 2018 testimony by Facebook founder Mark Zuckerberg.)

The complaint alleges that during the last decade Facebook thwarted competition and reduced consumer privacy for profit.

Georgia, Alabama, South Carolina and South Dakota are not listed as taking part in the lawsuit, according to the complaint filed in U.S. District Court on Wednesday.

“Facebook’s unchecked power has grabbed an alarming level of control over what we see, say, buy and even who our friends are,” Yost said. “It is a dangerous seduction where we, as consumers, have become the product for Facebook by controlling so many aspects of our lives.”

Since 2004, Facebook has operated as a personal social networking service that facilitates sharing content online with friends and family without charging users a monetary fee, but, instead, provides these services in exchange for a user’s time, attention and personal data.

For over a decade, @Facebook has used dominance & monopoly power to illegally stifle competition & reduce consumer privacy. This has gone unchecked for too long.

Facebook then monetizes its business by selling advertising to firms that attach immense value to the user engagement and highly targeted advertising that Facebook can deliver due to the vast trove of data it collects on users, their friends and their interests.

In an effort to maintain its market dominance in social networking, Facebook employs a variety of methods to impede competing services and — as Chairman, Chief Executive Officer and controlling shareholder Mark Zuckerberg has stated — to “build a competitive moat” around the company.

Facebook is specifically charged with violating Section 2 of the Sherman Act, in addition to two violations of Section 7 of the Clayton Act.

The complaint was filed in the U.S. District Court for the District of Columbia.

Separately, but in coordination with the multistate coalition, the Federal Trade Commission (FTC) also today filed a complaint against Facebook in the U.S. District Court for the District of Columbia. The lawsuit is headed by New York Attorney General Letitia James and an executive committee made up of the attorneys general of California, Colorado, Florida, Iowa, Nebraska, North Carolina, Ohio, Tennessee and the District of Columbia.

The states ask the court to halt Facebook’s illegal, anticompetitive conduct and block the company from continuing this behavior in the future.

Additionally, the states ask the court to restrain Facebook from making further acquisitions valued at or in excess of $10 million without advance notice to the plaintiff states.

Finally, the court is asked to provide any additional relief it determines is appropriate, including the divestiture or restructuring of illegally acquired companies, or current Facebook assets or business lines.

"For nearly a decade, Facebook has used its dominance and monopoly power to crush smaller rivals and snuff out competition, all at the expense of everyday users,” Attorney General Letitia James said in a statement.

“Today, we are taking action to stand up for the millions of consumers and many small businesses that have been harmed by Facebook’s illegal behavior. Instead of competing on the merits, Facebook used its power to suppress competition so it could take advantage of users and make billions by converting personal data into a cash cow. Almost every state in this nation has joined this bipartisan lawsuit because Facebook’s efforts to dominate the market were as illegal as they were harmful.

“Today’s suit should send a clear message to Facebook and every other company that any efforts to stifle competition, reduce innovation, or cut privacy protections will be met with the full force of our offices.”

Newstead argues the issue being litigated is "revisionist history" and that antitrust laws aren't meant to punish successful businesses. She went on to say that Instagram and WhatsApp wouldn't be the products they are today without Facebook's investment of billions of dollars into these platforms.

"The most important fact in this case, which the Commission does not mention in its 53-page complaint, is that it cleared these acquisitions years ago. The government now wants a do-over, sending a chilling warning to American business that no sale is ever final," the statement read.

Newstead added that people and small businesses choose to use Facebook's free services and advertising because the company's apps and services "deliver the most value."