The up-and-down flight lasted about 10 minutes, with Shatner and his three fellow passengers parachuting back to Earth in the capsule. 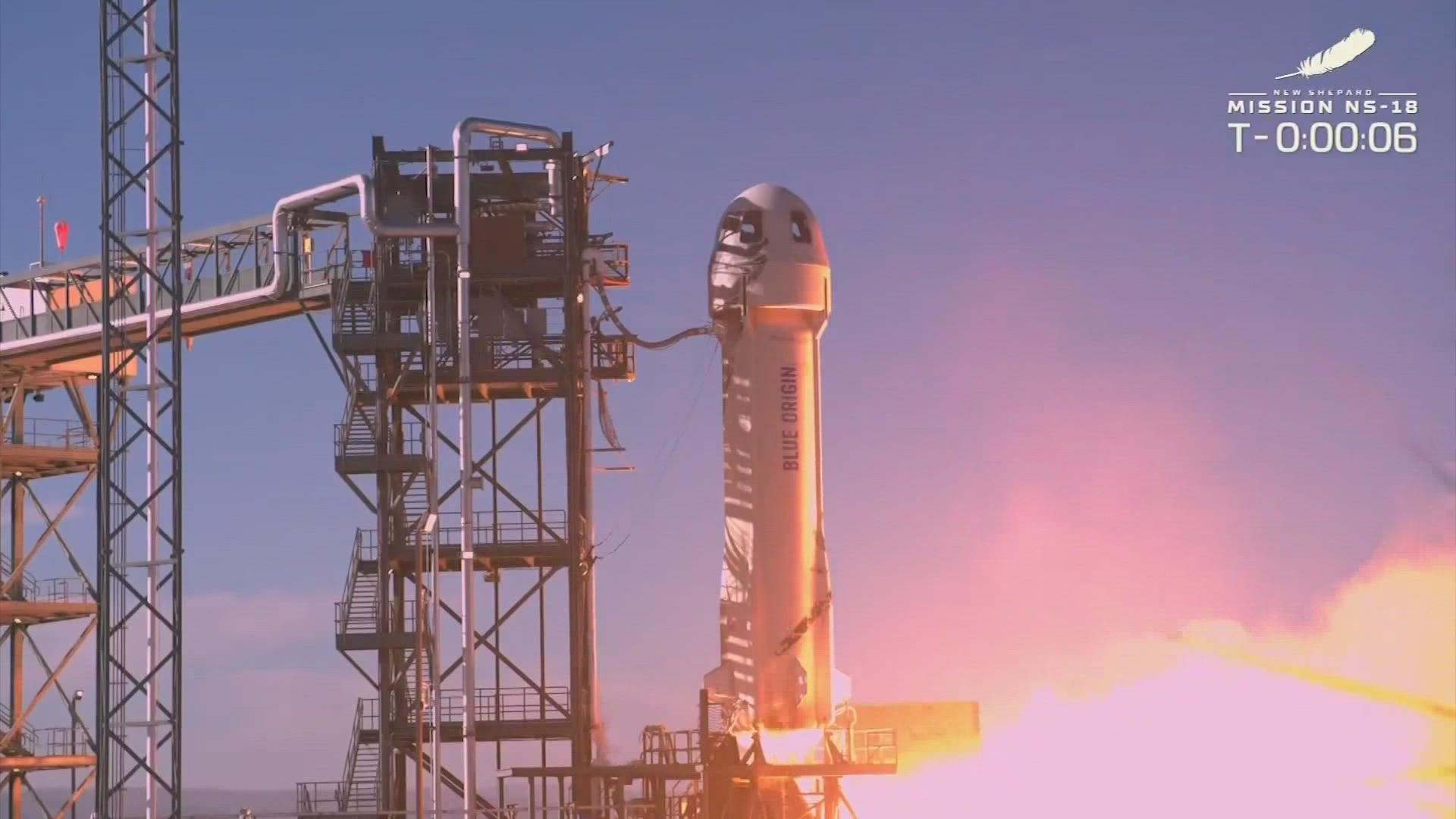 The “Star Trek” hero and three fellow passengers soared to an estimated 66 miles (106 kilometers) over the West Texas desert in the fully automated capsule and then safely parachuted to the desert floor in a flight that lasted just over 10 minutes.

KHOU 11's Xavier Walton will a recap of the launch from West Texas.

Shatner became the oldest person in space, eclipsing the previous record — set by a passenger on a similar jaunt on a Bezos spaceship in July — by eight years.

“That was unlike anything they described,” Shatner said as the capsule descended toward Earth.

Sci-fi fans reveled in the opportunity to see the man best known as the stalwart Capt. James T. Kirk of the starship Enterprise boldly go where no star of American TV has gone before. 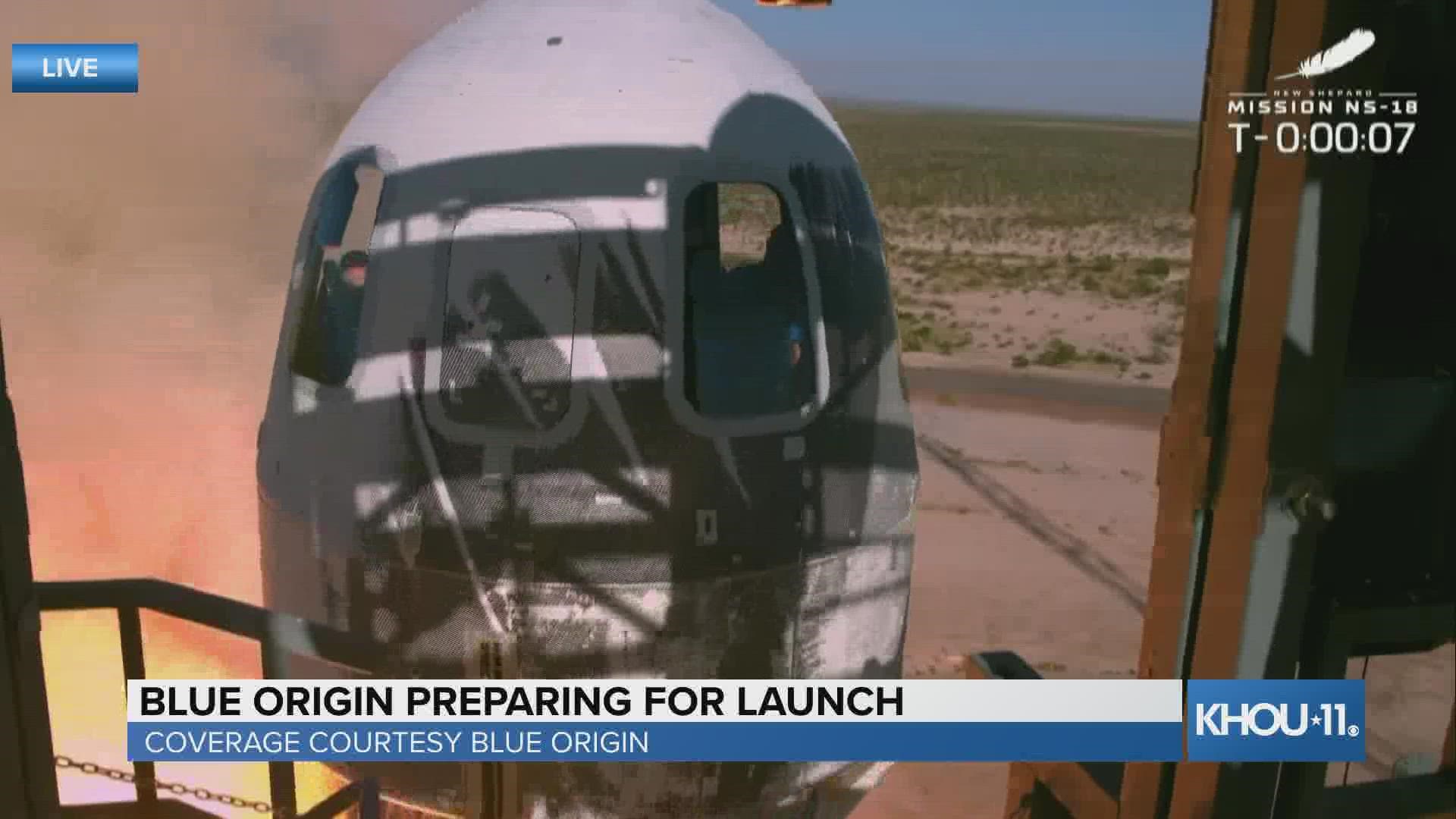 Shatner said ahead of the countdown that he planned to spend his approximately three minutes of weightlessness gazing down at Earth, his nose pressed against the capsule’s windows.

“The only thing I don’t want to see is a little gremlin looking back at me,” he joked, referring to the plot of his 1963 “Twilight Zone” episode titled “Nightmare at 20,000 Feet.”

Bezos is a huge “Star Trek” fan — the Amazon founder had a cameo as an alien in one of the later “Star Trek” movies — and Shatner rode free as his invited guest.

The blastoff brought priceless star power to Bezos’ spaceship company, given its built-in appeal to baby boomers, celebrity watchers and space enthusiasts. Shatner starred in TV’s original “Star Trek” from 1966 to 1969, back when the U.S. was racing for the moon, and went on to appear in a string of “Star Trek” movies. 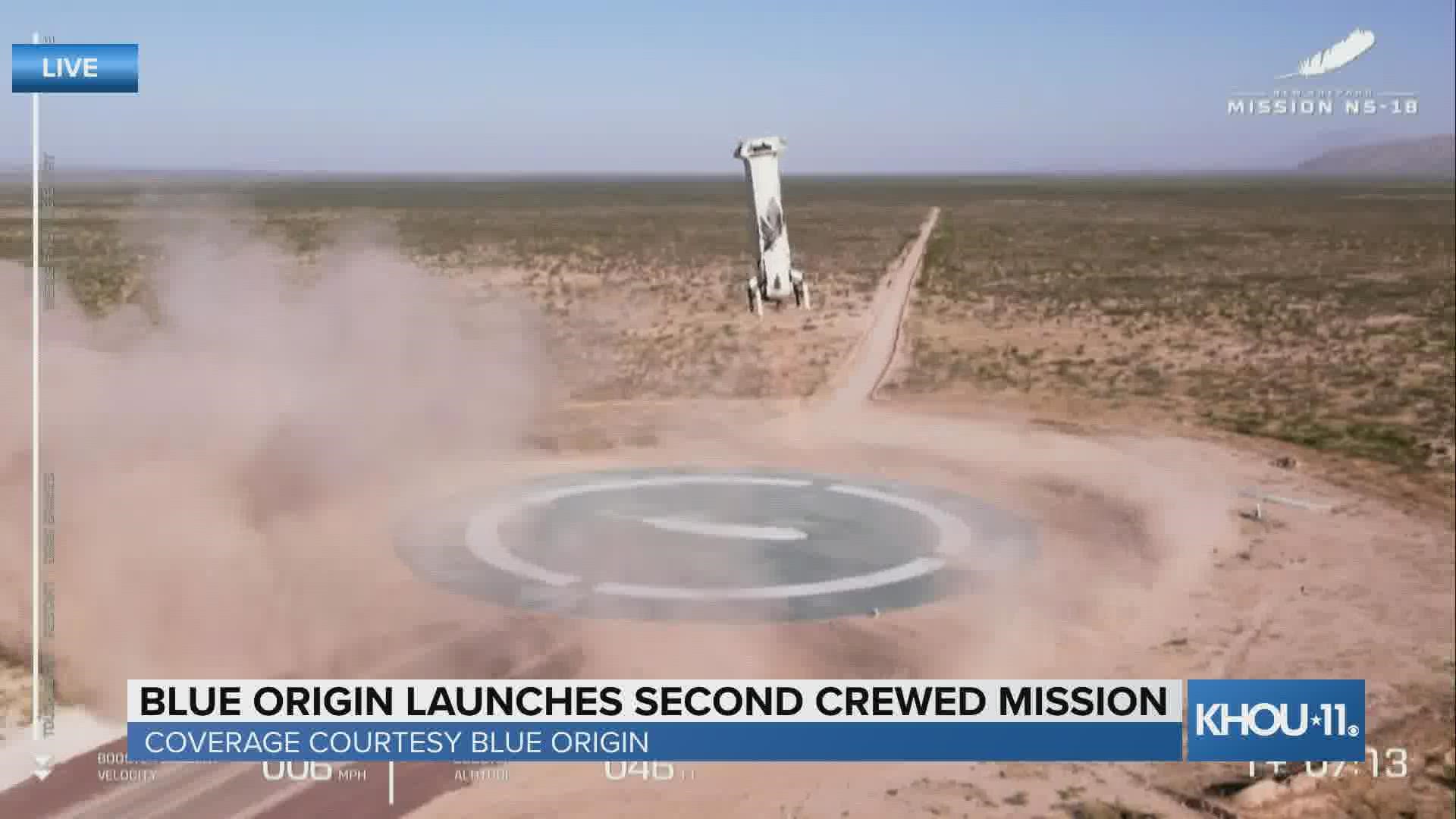 Bezos himself drove the four to the pad, accompanied them to the platform high above the ground and cranked the hatch shut after they climbed aboard the 60-foot rocket. The capsule, New Shepard, was named for first American in space, Alan Shepard.

“This is a pinch-me moment for all of us to see Capt. James Tiberius Kirk go to space,” Blue Origin launch commentator Jacki Cortese said before liftoff. She said she, like so many others, was drawn to the space business by shows like “Star Trek.”

The flight comes as the space tourism industry finally takes off, with passengers joyriding aboard ships built and operated by some of the richest men in the world. 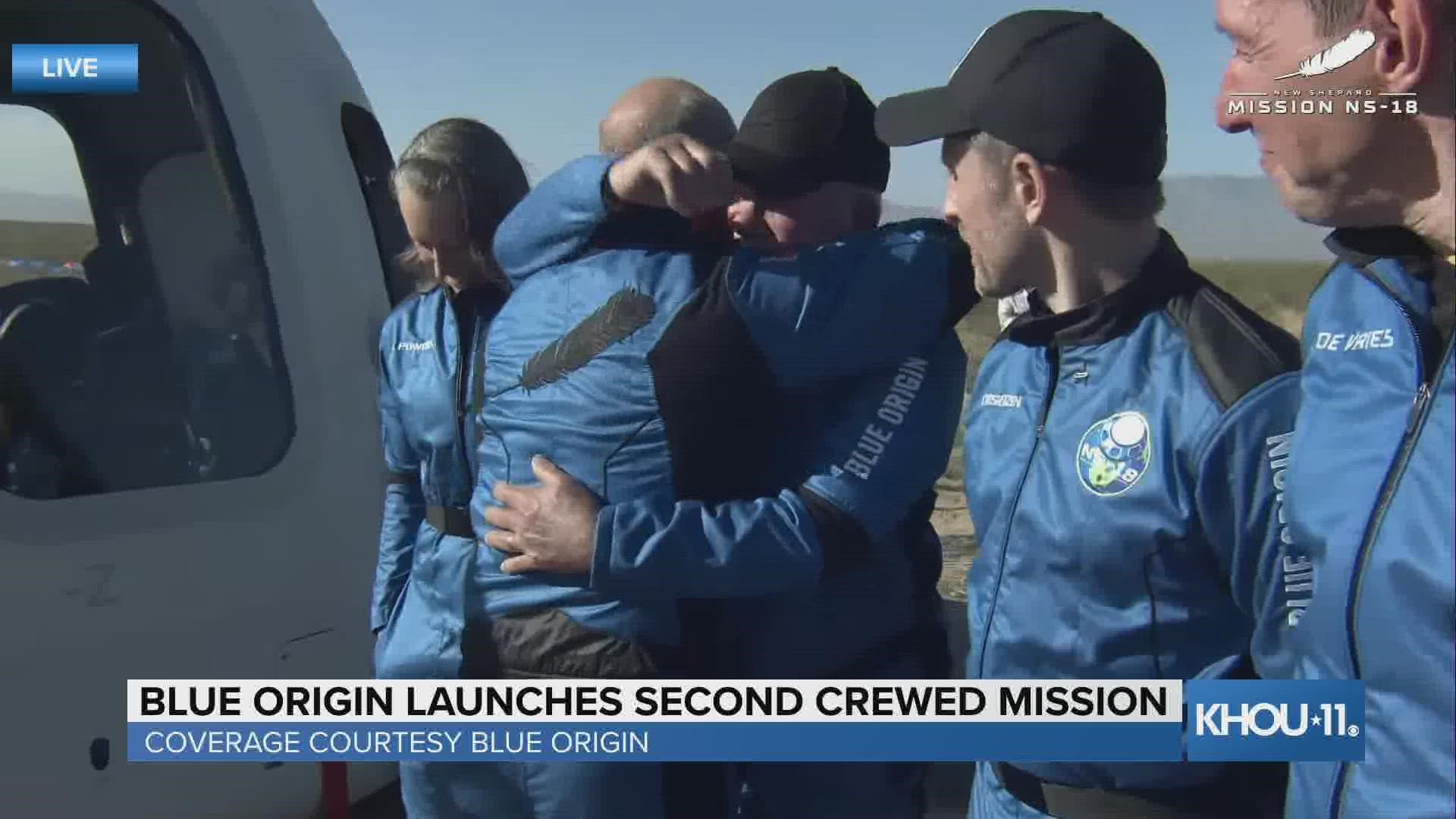 Virgin Galactic’s Richard Branson led the way by riding into space in his own rocket ship in July, followed by Bezos nine days later on Blue Origin’s first flight with a crew. Elon Musk’s SpaceX made its first private voyage in mid-September, though without Musk aboard.

Last week, the Russians launched an actor and a film director to the International Space Station for a movie-making project.

“We’re just at the beginning, but how miraculous that beginning is. How extraordinary it is to be part of that beginning,” Shatner said in a Blue Origin video posted on the eve of his flight.

Shatner strapped in alongside Audrey Powers, a Blue Origin vice president and former space station flight controller for NASA, and two paying customers: Chris Boshuizen, a former NASA engineer who co-founded a satellite company, and Glen de Vries of a 3D software company. Blue Origin would not divulge the cost of their tickets.

Shatner milked his upcoming flight for laughs last week at New York Comic Con. The actor said Blue Origin informed him he would be the oldest guy in space.

“I don’t want to be known as the oldest guy in space. I’m bloody Captain Kirk!” he exclaimed. Then he stammered in a faux-panicky voice: “Captain Kirk, going where no man ... I’m going what? Where am I going?”

Jokes aside, Blue Origin said Shatner and the rest of the crew met all the medical and physical requirements, including the ability to hustle up and down several flights of steps at the launch tower. Passengers are subjected to nearly 6 G’s, or six times the force of Earth’s gravity, as the capsule returns to Earth.

Shatner shooting into space is “the most badass thing I think I’ve ever seen,” said Joseph Barra, a bartender flown in from Los Angeles to help cater Blue Origin’s launch week festivities. “William Shatner is setting the bar for what a 90-year-old man can do.”

Watch complete coverage of the launch below