US jobless claims tick down to 411,000 as economy heals

The number of weekly applications for unemployment aid has fallen steadily this year from about 900,000 in January. 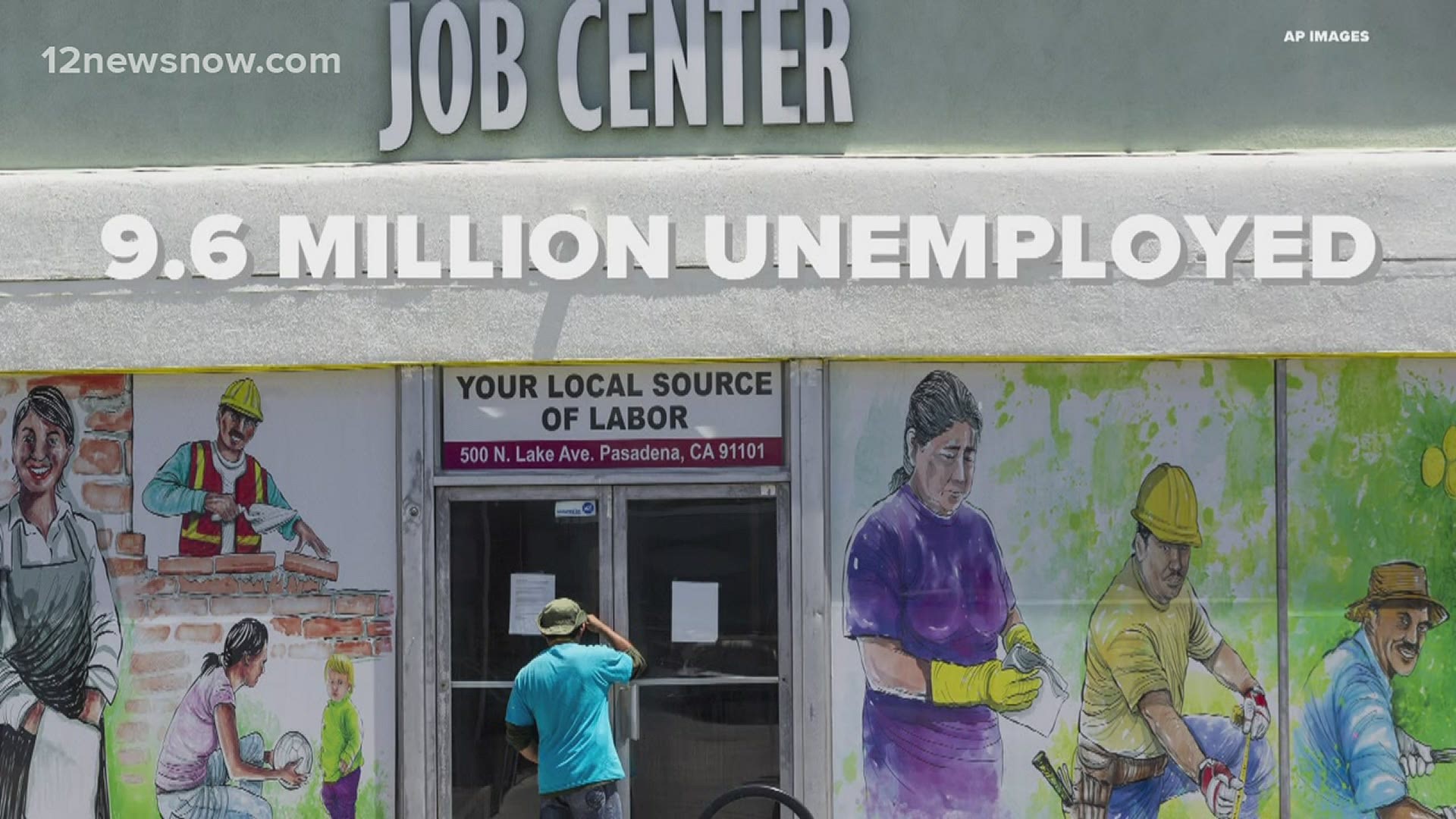 WASHINGTON — The number of Americans applying for unemployment benefits dropped last week, a sign that layoffs declined and the job market is improving.

The Labor Department said Thursday that jobless claims declined just 7,000 from the previous week to 411,000. The number of weekly applications for unemployment aid has fallen steadily this year from about 900,000 in January. The level of unemployment claims generally reflects the pace of layoffs.

As the pandemic fades, states and cities are lifting more business restrictions — California just fully reopened June 15 — and the economy is picking up as consumers are traveling, eating out more, and visiting movie theaters and amusement parks. Growth could top 10% at an annual rate in the April-June quarter, according to the Federal Reserve Bank of Atlanta.

With many employers desperate to hire, some states are starting to cut off pandemic-related unemployment aid programs in response to business complaints that the assistance is making it harder for them to find workers. Starting this month, 26 states will end an extra $300 weekly federal unemployment payment and 22 of those states will also cut off all jobless assistance to self-employed, gig workers, and those out of work more than six months. The extra $300 ends nationwide on Sept. 6.

Economists at Bank of America have estimated that those who earned less than $32,000 a year at their previous jobs can receive more in jobless aid with the extra $300. At the same time, the federal government last year set up two unemployment benefit programs that covered millions of self-employed and contract workers for the first time.

Four states — Alaska, Iowa, Mississippi, and Missouri — stopped providing the $300 payment last week. All but Alaska also cut off the two programs that covered the self-employed and the long-term jobless.

In Iowa, Mississippi, and Missouri, about 163,000 people are no longer receiving jobless aid because of the cutoff.

The decision by 26 states -- nearly all run by Republican governors -- to drop the $300 will sharply reduce unemployment aid for roughly 4.7 million people, the National Employment Law Project, a worker advocacy group, estimates. State jobless benefits provide, on average, about $320 a week and typically replace about 40% of an unemployed worker’s previous wages.

About 2.3 million people will lose all their unemployment aid in the 22 states that have decided to end assistance for the self-employed and long-term jobless, according to NELP.

A coalition of progressive groups released a report Thursday arguing that the early cutoff of benefits and the difficulties administering unemployment aid earlier in the pandemic show that the current unemployment insurance system, administered jointly by the federal and state governments, is inadequate for deep downturns such as the COVID-19 recession.

When the pandemic shutdowns kicked in suddenly in March 2020, most state unemployment systems were quickly overwhelmed by requests for jobless aid by millions of newly-laid off workers. Some did not receive benefits for months.

And when the federal government created the new programs covering those ineligible for state aid, many state agencies struggled to reprogram outdated software -- some dating from the 1960s -- to handle the additional applications.

In their report, the Economic Policy Institute, NELP, the Center for Popular Democracy, and the Washington Center for Equitable Growth recommended a range of reforms, such as permanently expanding eligibility to include gig workers and contractors; automatically extending benefits during recessions beyond the 26 weeks provided by most states; and increasing minimum benefit levels.