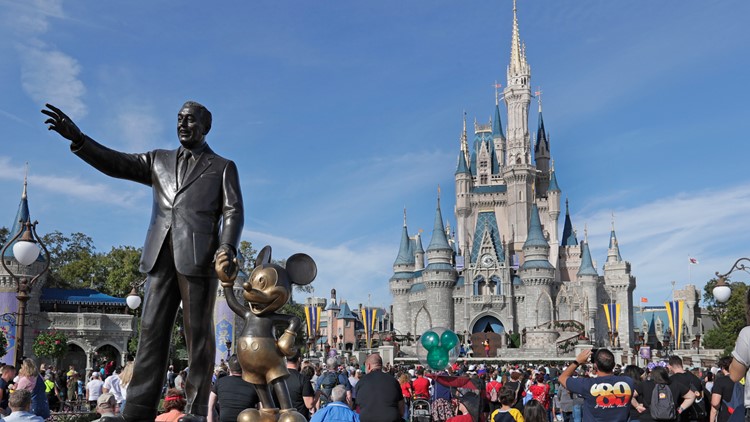 ORLANDO, Fla. — You just got done visiting a galaxy far, far away, but one of those souvenirs you bought on the planet of Batuu may have to stay there.

The Transportation Safety Administration has banned the special-edition soda bottles sold in the new Star Wars Galaxy’s Edge at Disneyland and Disney World’s Hollywood Studios from all luggage – including your checked bags.

TSA officials say the bottles look like explosives and therefore can't be taken in any luggage because "replica and inert explosives or grenades aren't allowed in either carry-on or checked bags."

“Even with a normal bottle cap, this item is still considered a replica and is not allowed in carry-on or checked bags,” @AskTSA confirmed with a traveler on Twitter.

Your only other option if you really want to keep these limited-edition bottles? Ship them home before your return flight or buy the bottles on eBay.

These custom orb bottles of Coca-Cola, Diet Coke and Sprite were crafted to contribute to the fully immersive Disney experience in the Star Wars-inspired lands.

“We wanted to create a package that would appear like it was pulled off a ship or left behind and repurposed as a bottle of your favorite Coca-Cola beverage – all with visual cues that keep you in the Star Wars storyline,” Matt Cooper, an associate industrial designer at Coke, said earlier this year.

Star Wars Galaxy’s Edge debuted at Disneyland in May and opened at Disney World this week.