It's seen as a sign the president is trying to solidify his support from evangelicals. 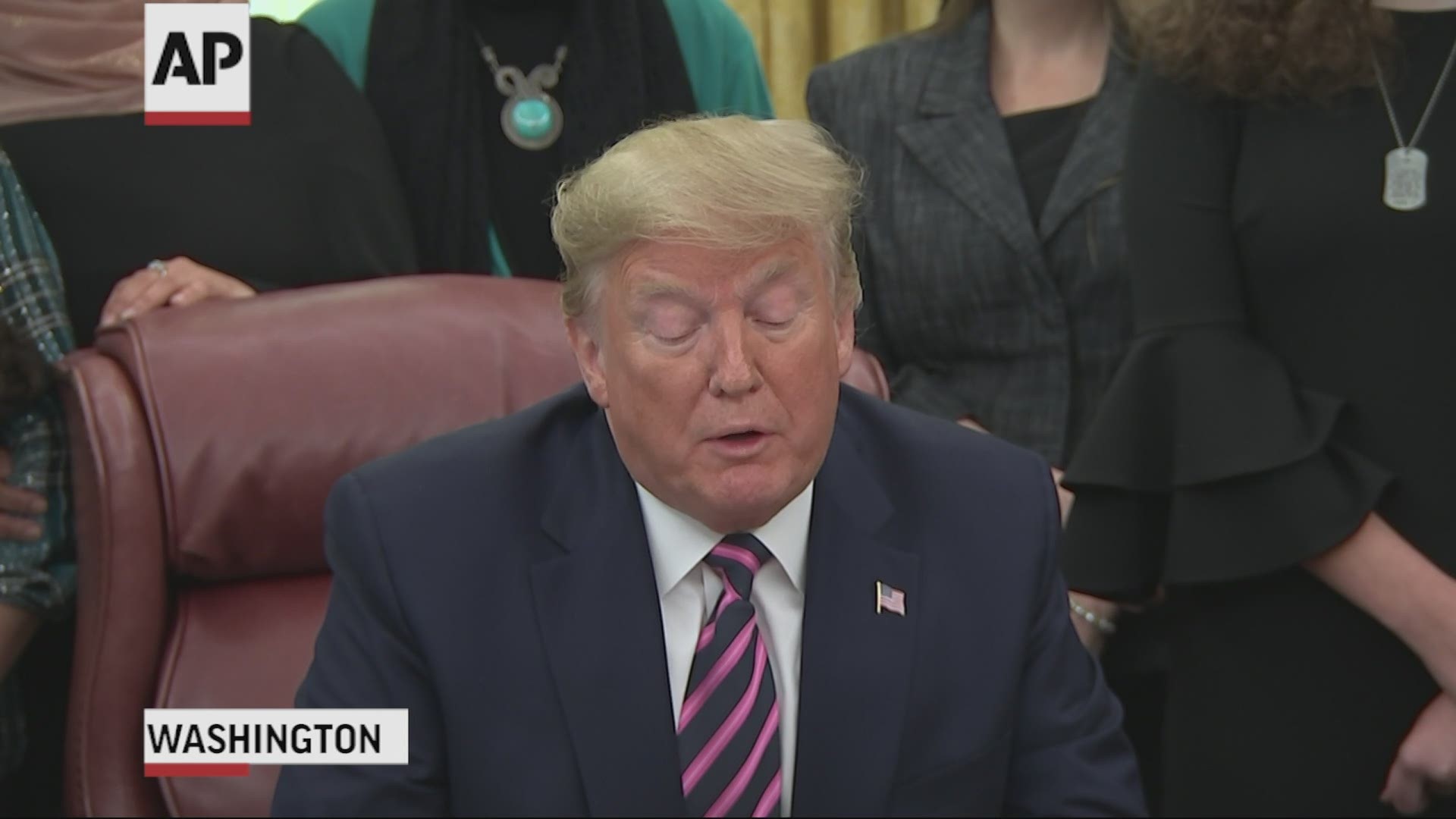 WASHINGTON — President Donald Trump has announced new guidelines in regard to prayer in schools, boosting advocacy by faith groups as he rallies his base.

Trump vowed on Thursday to protect prayer in public schools and take new steps to give religious organizations easier access to federal programs. The move is seen as a sign of the president trying to solidify support from evangelicals.

Speaking at an Oval Office event, in a bid to solidify his base, the president, joined by Secretary of Education Betsy DeVos, unveiled the federal government’s first updated guidance on school prayer since 2003.

It details scenarios in which school officials must permit prayer and clarifies the consequences if they don’t, but overall it makes few major changes to the guidance it replaces.

However, the Trump administration's moves on both fronts are drawing criticism from civil rights advocates.

The Washington Post reports that the rules would lift an Obama-era executive order that compelled religious organizations to tell the people they serve that they can receive the same service from a secular provider.

During the announcement, Trump said his administration was engaged in a “cultural war” to defend school prayer from “the far left."

Before it was entirely clear what the guidelines might be, the newspaper had reported that Trump's official schedule for Thursday included "THE PRESIDENT announces guidance on constitutional prayer in public schools."

Trump's remarks on the new steps come after last month's editorial in Christianity Today that called for him to be impeached and removed from office.

Trump responded, tweeting that the publication would prefer a radical left nonbeliever who "wants to take your religion & your guns.” Other evangelicals also came to Trump's defense.

RELATED: Trump portrays himself as defender of faith for evangelicals

RELATED: Trump blasts Christian magazine that called for his removal

At an event in Miami earlier this month, Trump said he would be "taking action" to safeguard the right for teachers and students to pray in school.

As The Post points out, it's already legal for students to pray alone or in groups at school, but they can't force others to join them. Public schools themselves are barred from initiating or sponsoring religious activities.

USA TODAY reports Trump won 80% of the votes in the 2016 election from whites who declared themselves born-again or evangelical Christians.

Credit: AP
President Donald Trump listens to a question during an event on prayer in public schools, in the Oval Office of the White House, Thursday, Jan. 16, 2020, in Washington. (AP Photo/ Evan Vucci)