People were urged to take cover during the shooting. 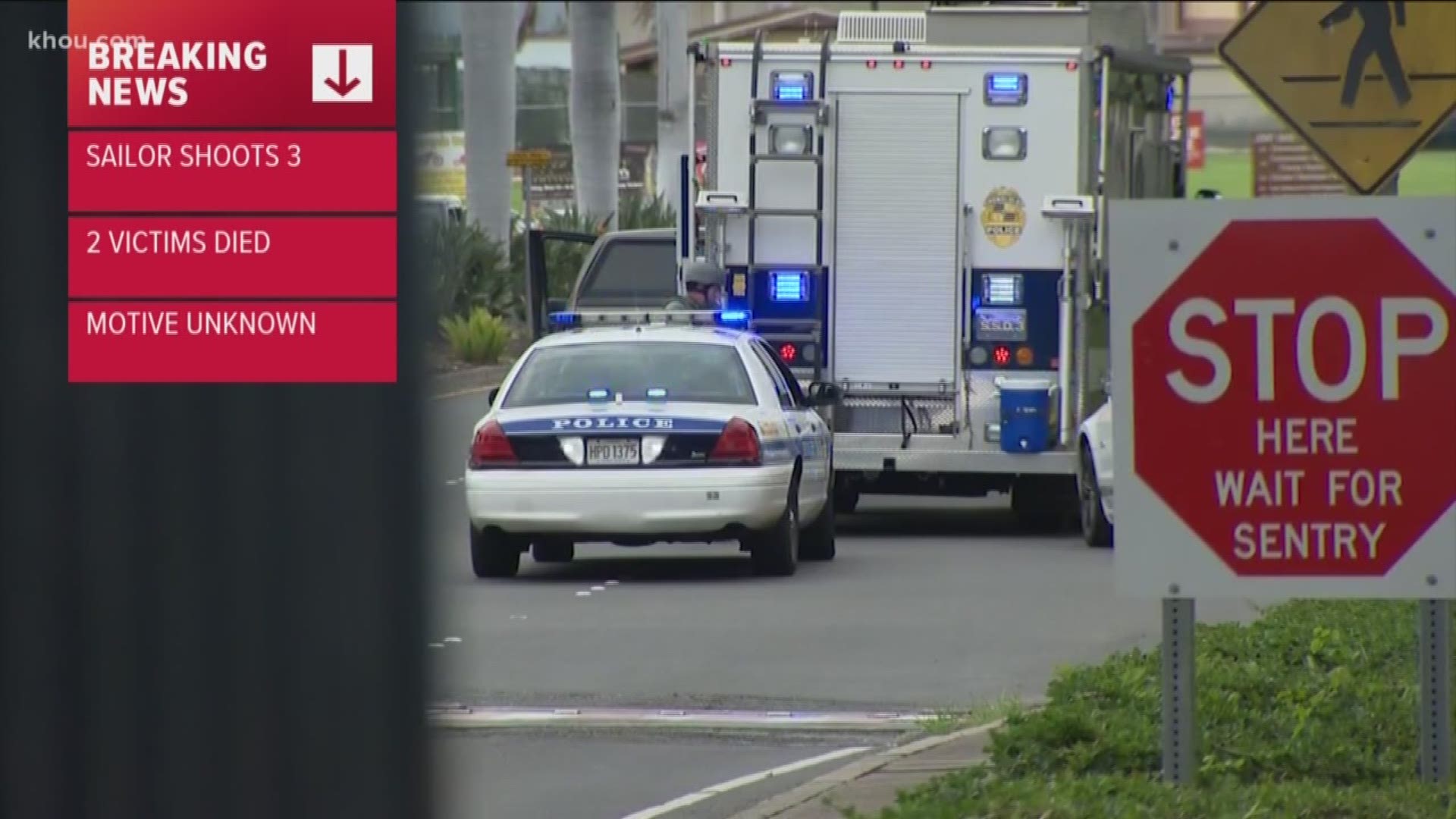 HONOLULU — A United States sailor shot three people before shooting himself to death Wednesday at Pearl Harbor Naval Shipyard in Honolulu, according to the Joint Base Pearl Harbor-Hickam Twitter account.

According to the account, the sailor killed two civilian workers and wounded another before turning the gun on himself in the vicinity of the shipyard's Dry Dock 2. Authorities said the surviving victim is stable at an area hospital.

Officials said the shooter was an active-duty sailor assigned to the USS Columbia, which is not usually docked at Pearl Harbor, but was there in order to receive standard submarine maintenance.

The base was placed on lockdown and a public address system urged people to take cover around 2:30 p.m. The lockdown was lifted around 4 p.m. Authorities said the area has since been secured. A shelter-in-place was also temporarily active in the area.

The names of those who were injured are not being released at this time. Authorities said no women were involved in the shooting.

An investigation is ongoing.

Officials said personal weapons are not allowed on base, but didn't say what type of weapon was used in the shooting.

The Associated Press says that the shipyard repairs, maintains and modernizes the U.S. Pacific Fleet, which is headquartered at Pearl Harbor. It is the home port for 10 destroyers and 15 submarines.