After being given a folder, House Speaker Nancy Pelosi put her hand out for a handshake. President Trump turned to face the chamber instead. 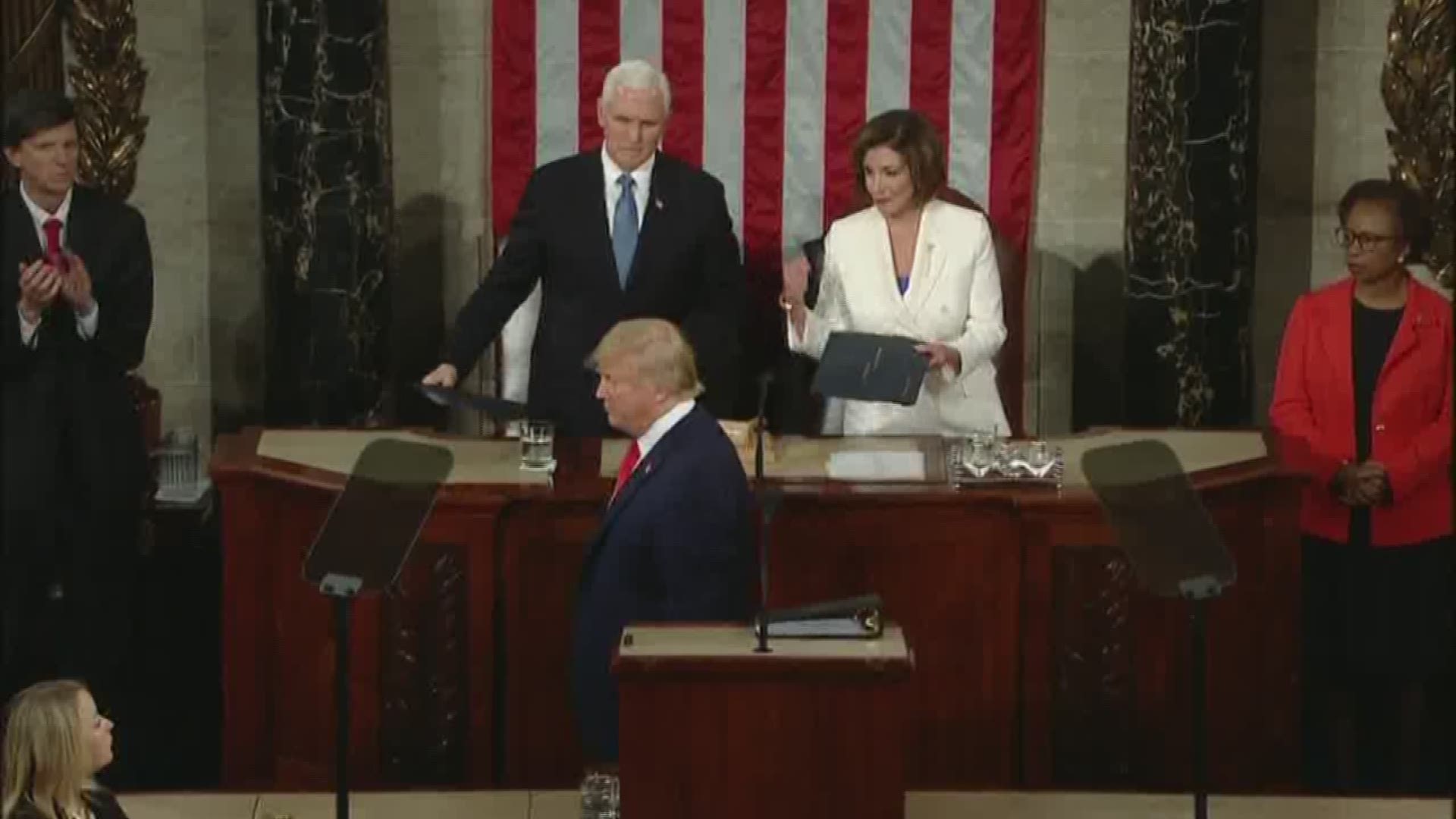 Trump handed folders to both Vice President Mike Pence and Pelosi before turning around to face the podium and the full chamber of the House of Representatives. After receiving the folder, Pelosi put her hand out to shake Trump's hand. Rather than shake her hand, Trump turned to face the chamber instead.

The Democrat shrugged it off. She sat behind the president during the speech, just a few feet away.

Later Tuesday night, Pelosi tweeted a photo of her reaching for a handshake with the President and said, "Democrats will never stop extending the hand of friendship to get the job done #ForThePeople. We will work to find common ground where we can, but will stand our ground where we cannot."

Trump delivered his State of the Union address Tuesday night on the eve of his likely impeachment acquittal and in the aftermath of the chaotic first votes of the race to try and replace him. 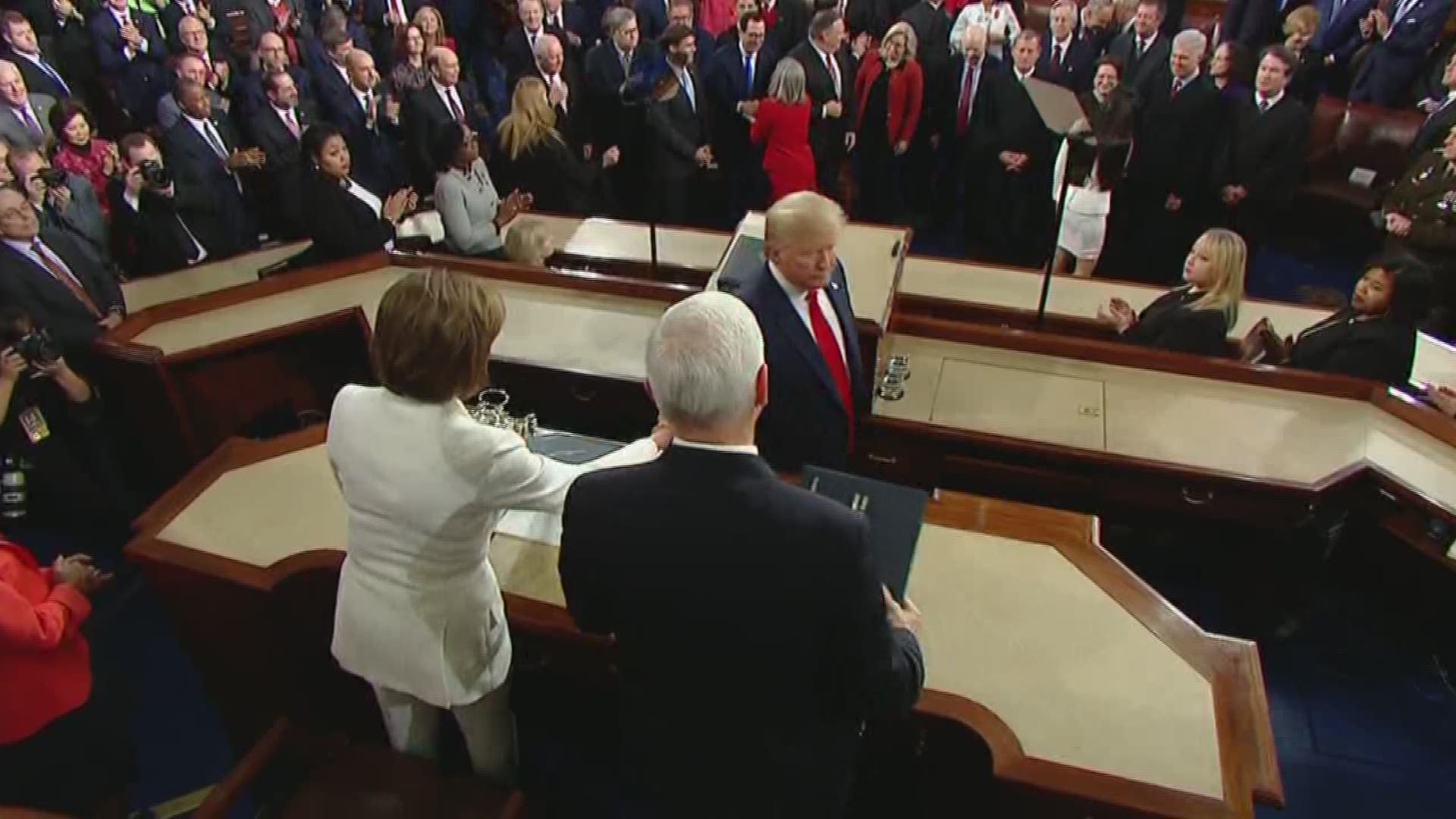 RELATED: VERIFY: High-profile Democrats are boycotting the State of the Union. Is that allowed?

Trump is the first president to run for reelection after being impeached. The House impeached him in December.

House Democrats say Trump abused his power by withholding military aid to Ukraine while demanding an announcement from its president to investigate his political rivals, namely Joe Biden. Democrats also say he obstructed Congress' ability to investigate the allegations.