The NTSB has released its final report into the crash of a small plane carrying race car driver Dale Earnhardt Jr. and his family in 2019. 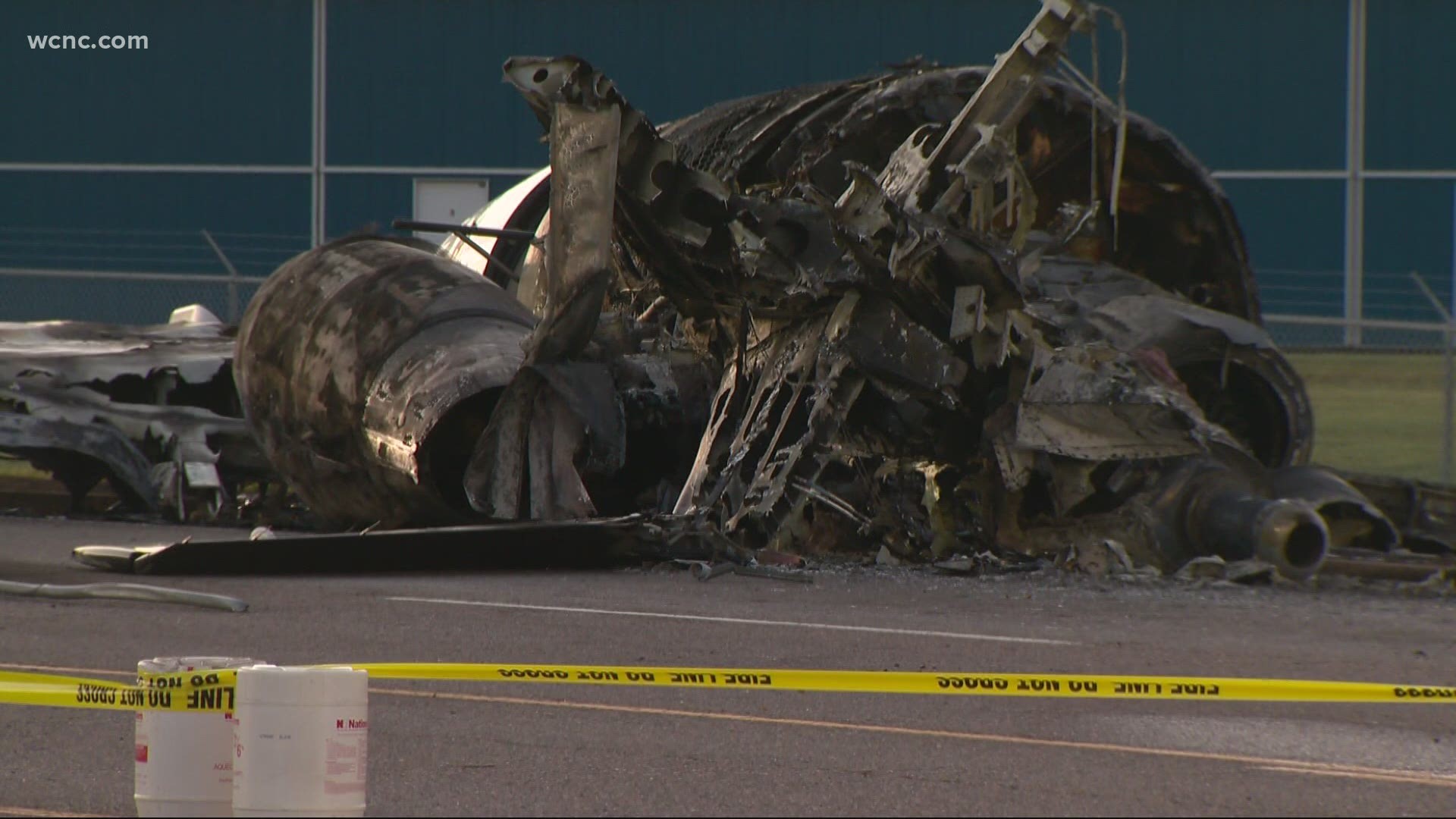 A pilot's inability to maintain proper airspeed and the flight crew's decision to continue an unstable approach and landing likely caused the crash of a small plane carrying race car driver Dale Earnhardt Jr. and his family in 2019, according to a National Transportation Safety Board report released Wednesday.

The NTSB's final accident report points to actions by the pilot and co-pilot in the Aug. 15, 2019 plane crash at an airport in Elizabethton, Tennessee. Earnhardt was with wife Amy, 15-month-old daughter Isla and two pilots when their Cessna Citation Latitude crashed and caught fire. The NTSB said the three passengers suffered minor injuries.

NTSB investigators said part of the landing gear collapsed and a section of the right wing hit the runway as the plane bounced twice before touching down a third time with about 1,000 feet (300 meters) of paved surface remaining.

The plane went through a chain-link fence before coming to rest on the edge of Tennessee Highway 91. Unable to escape through an emergency exit door above the wing, Earnhardt and his family managed to get out through the main cabin door as the plane caught fire, according to witness statements.

Pilot Richard Pope told the NTSB that he was carrying extra speed on the approach to the runway because the plane “slows down so easy,” according to a summary of the pilots’ statements to the NTSB.

Pope said the initial touchdown was “pretty hard” and the aircraft came off the runway. The flight crew reported that thrust reversers, which help an airplane decelerate during landing, were applied after the first touchdown.

Co-pilot Jeffrey Melton said that after thrust was increased, “the power never comes,” the NTSB said in a previous report. Power was then pulled to idle, and the thrust reversers were again applied as the airplane touched down for the third time, the NTSB said.

Credit: AP
A member of the National Transportation Safety Board looks at the wreckage of a plane that Dale Earnhardt Jr., his wife and daughter and two pilots and a dog were on when it crash landed at the Elizabethton Municipal Airport in Elizabethton, Tenn., in a Friday, Aug. 16, 2019 file photo.

In Wednesday's final report, the NTSB said the pilot's continuation of the unstable approach for landing and the decision not to initiate a “go-around” before the first touchdown “resulted in a bounced landing, a loss of airplane control, a landing gear collapse, and a runway excursion.”

A “go-around” takes place when a pilot chooses to pull out of a landing approach and gains altitude before attemping another landing.

The NTSB released the final report Wednesday on the Aug. 15, 2019 crash of a Textron Aviation Inc 680A airplane in Elizabethton, Tennessee. https://t.co/CmmCiUTM7g pic.twitter.com/acZKU93WBw

“Contributing to the accident was the pilot’s failure to deploy the speedbrakes during the initial touchdown, which may have prevented the runway excursion,” the report said.

The report listed the pilot's inability to attain or maintain airspeed and the descent rate, plus the decision-making of the pilot, as probable causes of the crash.

Earnhardt retired from full-time racing following the 2017 season and is now working as a NASCAR analyst for NBC Sports, though he has raced since the plane crash.