U.S. immigration authorities say court notices often take hours to prepare and describe the move as a way to save time. 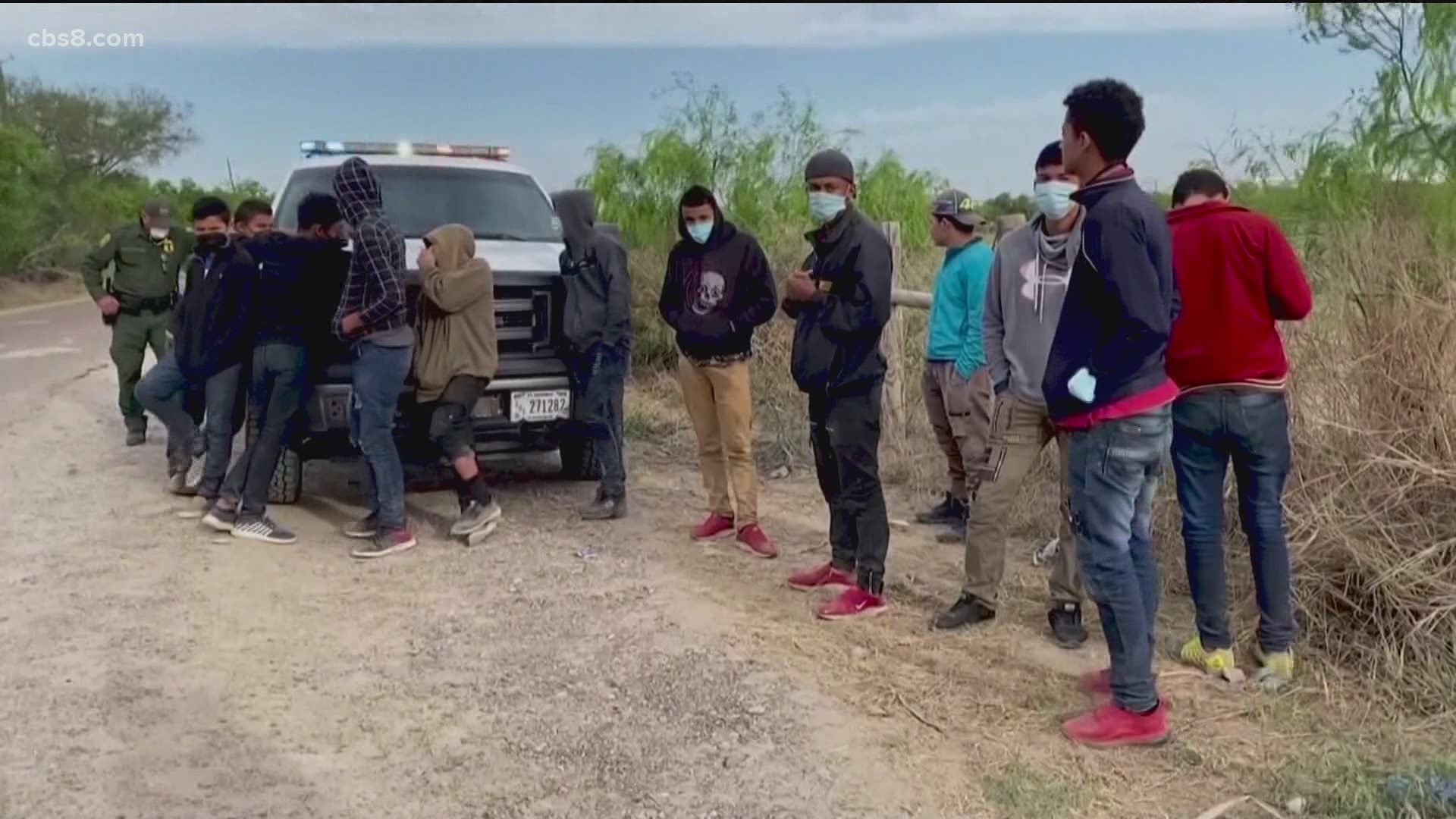 MISSION, Texas — Overwhelmed and underprepared, U.S. authorities are releasing migrant families on the Mexican border without notices to appear in immigration court or sometimes without any paperwork at all — time-saving moves that have left some migrants confused.

The rapid releases ease pressure on the Border Patrol and its badly overcrowded holding facilities but shifts work to Immigration and Customs and Enforcement, the agency that enforces immigration laws within the United States. Families are released with booking records; only parents are photographed and fingerprinted.

The Border Patrol began the unusual practice last week in Texas' Rio Grande Valley, which has seen the biggest increase in the number of migrant families and unaccompanied minors crossing the border. Last week, the agency added instructions to report to an ICE office within 60 days to adults’ booking documents.

But some got no documents at all, including dozens at Our Lady of Guadalupe Catholic Church in the Texas border city of Mission, where about 100 migrants released by U.S. authorities had been arriving each night to sleep on mats in classrooms in a shuttered elementary school.

Carlos Enrique Linga, 27, waited at the shelter for a week without documents along with his 5-year-old daughter, hoping to join a friend in Tennessee. His wife is still in Guatemala with their 2-year-old twin daughters and a 3-month-old.

Linga was unwilling to leave the shelter until he got documents and was asking Catholic Charities of Rio Grande Valley for help.

“We hope they can help with our papers so that we can move on, work and send (money) to my family,” said Linga, whose home in Guatemala was destroyed by storms in November. “The church has told us that there are mistakes sometimes. Because there are so many people, they forget.”

Customs and Border Protection, which oversees the Border Patrol, said it stopped issuing court notices in some cases because preparing even one of the documents often takes hours. Migrants undergo background checks and are tested for COVID-19.

Credit: AP
A chid stands next to her family's belongings as they wait for transportation at Our Lady of Guadalupe Catholic Church in McAllen, Texas, on Palm Sunday, March 28, 2021.(AP Photo/Dario Lopez-Mills)

The agency didn't answer questions about how many migrants have been released without court notices or without documents at all.

Sister Norma Pimentel, executive director of Catholic Charities of Rio Grande Valley, knows of 10 to 15 families released without any paperwork since last week, an issue that has cropped up before when there are large increases in new arrivals.

“It’s a problem, it’s a situation we need to resolve, to make sure we follow up,” she said.

Migrants will be issued notices to appear in court at their 60-day check-ins with ICE, according to a U.S. official with direct knowledge of the plans who spoke on condition of anonymity because the plans have not been made public. It is unclear how widespread the practice has been, but it is very common in Rio Grande Valley, the busiest corridor for illegal crossings.

Preparing a court appearance notice can take an hour to 90 minutes, said Chris Cabrera, spokesman for the National Border Patrol Council, a union that represents agents. He welcomed the change.

“Honestly, from my end, I think it's good because it's less paperwork for our guys,” said Cabrera, who works in the Rio Grande Valley.

An uptick in the number of people crossing the border, especially children traveling alone and families, has filled up federal holding facilities. The U.S. has been releasing families with children 6 and under and expelling families with older children under pandemic-related powers that deny an opportunity to seek asylum.

Immigration attorneys had mixed reactions to people being released without court notices or paperwork, particularly the requirement to check in with ICE. They advise migrants to apply for a different route to asylum — one that's only for people already in the country. In that option, they meet a Citizenship and Immigration Services asylum officer in a less adversarial environment and if denied, can appeal to an immigration judge, advocates say.

“It’s a whole different tone,” said Charlene D’Cruz, director of Lawyers for Good Government’s Project Corazon legal aid program. And if they fail, they get “a second bite at the apple” before a judge.

Initially, U.S. authorities didn't even require the ICE check-in when it began releasing families without court notices over the past two weeks. But they shifted course. D'Cruz said ICE could potentially issue a notice to appear in court, expel people from the country or do nothing.

“There are so many different options, and I don’t know what's going to happen,” D'Cruz said.

The immigration courts, with a backlog of 1.3 million cases, is ill-prepared for a large increase in new asylum claims.

At the shelter in Mission, a city of about 85,000 people bordering Mexico with a large park known for birdlife, migrants who have booking records closely guarded them. Along with their proof of a COVID-19 test, the documents are kept in large yellow envelopes that say, “Please help me. I do not speak English.”

Information on the booking form is sparse: name, nationality, gender, date of birth. Some forms say they are eligible for “prosecutorial discretion,” a designation that signals they are not a priority for deportation.

Jose Sansario waited at the shelter for a week after coming from Guatemala with his wife, Kimberly, and their 3-year-old daughter, Genesee. They had difficulty finding flights to Richmond, Virginia, their final destination.

They left their homeland in early March because a gang threatened to kill him if he didn't hand over money from his auto repair business. He said he heard the Biden administration was friendly to immigrants, despite repeated statements from the president and top aides that the border is not open.

“We didn't know what was true, but we had faith — faith that God would help us and that faith would allow us in,” Sansario said.

Alba Urquia of El Salvador waited for a week at the shelter because she was released without any documents after crossing the Rio Grande with a large group of migrants, including her 4-year-old daughter. She plans to help her father with his car repair shop in Los Angeles.

“I can't leave,” she said, sitting on a bench in the shuttered school's playground. The shelter has since closed. “Our fear is that they return us to Mexico or to our country.”

“That would be a nightmare,” said Alexi Sarmiento of Honduras, who came to the U.S. with her 6- and 9-year-old daughters and was released without documents.