Last victim of Mexico border killings buried as others leave

Christina Langford Johnson jumped out of her vehicle and waved her hands to show she was no threat. Children who survived the attack say she was shot anyway. 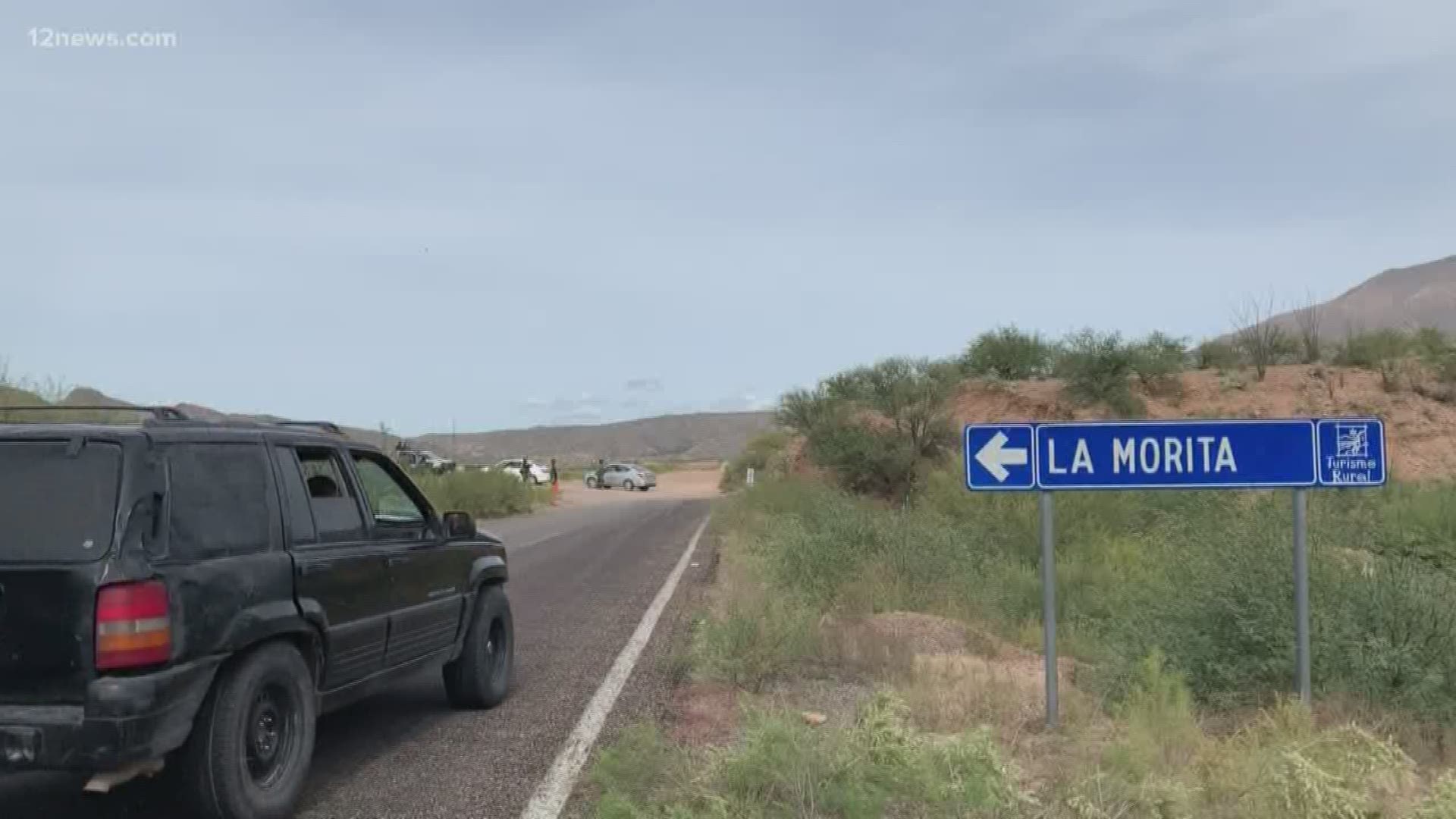 COLONIA LEBARON, Mexico (AP) — Family and friends said goodbye Saturday to the last victim of a cartel ambush that killed nine American women and children from a Mormon community in northern Mexico where cartels have disrupted an otherwise peaceful, rural existence.

In the attack Monday, Christina Langford Johnson jumped out of her vehicle and waved her hands to show she was no threat. Children who survived the assault told family members she was shot anyway, twice in the heart. Her daughter Faith Marie Johnson, 7 months old, was found unharmed in a car seat.

Her funeral, the third in as many days, culminates an outpouring of grief in the closely knit community with family ties in two Mexican states and across the border in many western U.S. states.

What had been a largely tranquil existence in a fertile valley ringed by rugged mountains and desert scrub about 70 miles (112 kilometers) south of the border with Arizona became increasingly dangerous in recent years. Cartels exerted their power and battled each other in a region that is a drug smuggling hotbed.

More than 300 people overflowed the pews of the local church in LeBaron on Saturday, where white flowers spelled out "mommy" next to a heart of roses.

The victim's mother, Amelia Langford, eulogized her daughter as a "mama hen" who was fiercely protective of her six children.

"Mexico was her paradise," the mother said.

Others remembered Christina, who would have turned 32 this month, as a lover of nature, wildflowers and the piano. She and the other eight killed in a brutal attack Monday were dual U.S.-Mexican citizens, members of the twin Mormon communities of LeBaron in Chihuahua state and La Mora in the state of Sonora.

RELATED: Stay or go? US residents of Mexico town torn after 9 killed

RELATED: LeBaron community was founded as a sanctuary for polygamy, but its past is riddled with violence

Credit: AP
Family and friends attend the burial service of Christina Langford Johnson the last victim of a cartel ambush that killed nine American women and children earlier this week, in Colonia LeBaron, Mexico, Saturday, Nov. 9, 2019. In the attack Monday, Langford Johnson jumped out of her vehicle and waved her hands to show she was no threat to the attackers and was shot twice in the heart, community members say. Her daughter Faith Marie Johnson, 7 months old, was found unharmed in her car seat. (AP Photo/Marco Ugarte)

Jeremiah Garret Langford, who presided over the funeral, thanked mourners who had traveled from La Mora, saying they had traversed "a war zone."

La Mora, a hamlet of about 300 people where residents raise cattle and cultivate pomegranates, has been deeply scarred by the killings.

The attack occurred as the women traveled with their children to visit relatives. Many community members are now wondering whether they should stay or flee the cartel presence, a constant both there and in the sibling community of Colonia LeBaron on the other side of the Sierra Madre mountains.

A caravan of more than a dozen vehicles set out for Arizona on Saturday from La Mora, carrying residents planning to leave Mexico for good. Others planned to depart in the coming days.

Steven Langford, a rancher who is Christina's brother, said about 50 people had already left La Mora. But the father of 11 and former mayor of La Mora vowed to stay.

Many residents of the two communities that lie a five-hour, bone-jarring drive apart are related. The spread-out community traces its origins to the end of polygamy more than a century ago by The Church of Jesus Christ of Latter-Day Saints, forcing Mormon families in the U.S. with multiple wives to establish offshoots elsewhere.

The Mexican government says the attack was likely a case of mistaken identity, as the women and children traveled in SUVs similar to those used by cartel strongmen. But family members believe the caravan was intentionally targeted for reasons still unclear to them.

Some now fear retaliation from the cartels after Mexican officials made arrests in the wake of the murders. The governments of Chihuahua and Sonora said Friday that an "important number" of security agents had been deployed to the region since the "lamentable" attack, resulting in arrests and seizures of weapons, drugs and stolen vehicles.

LeBaron is said to be under the thumb of a Juarez cartel-aligned gang known as La Linea. Around La Mora, it's the Sinaloa cartel of convicted drug lord Joaquín "El Chapo" Guzmán, who is serving life in a Colorado maximum-security prison.

Multiple people said there is a tendency for members in the two communities to view the cartel in their own area as "the good guys," who can be tolerated, and those on the other side as the bad ones, and vice versa. It's a mentality that David Langford of La Mora excoriated this week at the funeral for his wife, Dawna, and young sons Trevor and Rogan, who were killed in the attack.

His sister, Leah Langford-Staddon, said her mother and another sister, Amy, were headed north toward Arizona on Saturday with as many belongings as they could pack into their vehicles. They were traveling from La Mora in a caravan of more than a dozen vehicles, hoping the heavy military presence in the area since the killings would provide some safety over the dirt roads.

Their intention, she said, is to build a new community in the U.S.

"They spent the whole day yesterday packing. It was frantic," she said by phone from Tucson, where she is standing watch at a hospital that is treating five children wounded in the attack.

Langford-Staddon lives in Phoenix but was born and raised in La Mora, where the family rode horses near a big river and gazed at skies of endless stars at night. She describes her childhood as a "dream" and said La Mora was once "very, very peaceful."

Now, she expects it to be a "ghost town." Her sister and mother were among about 100 full-time residents still there.

Julián LeBarón, whose brother Benjamín was slain in 2009 after standing up to local thugs in LeBaron, said people regularly run across men with guns who stop them on the road and ask where they are going, sometimes offering to help.

"It's almost like it's so integrated in our community that everybody buys and sells or deals with these people on different levels," LeBarón said.

"These people are murderers and if we tolerate crime in the hopes that it's not going to happen to us, eventually it will," he said.