Bialik called the opportunity to host the quiz show an honor "as someone who likely would get everything wrong on ‘Jeopardy!'" 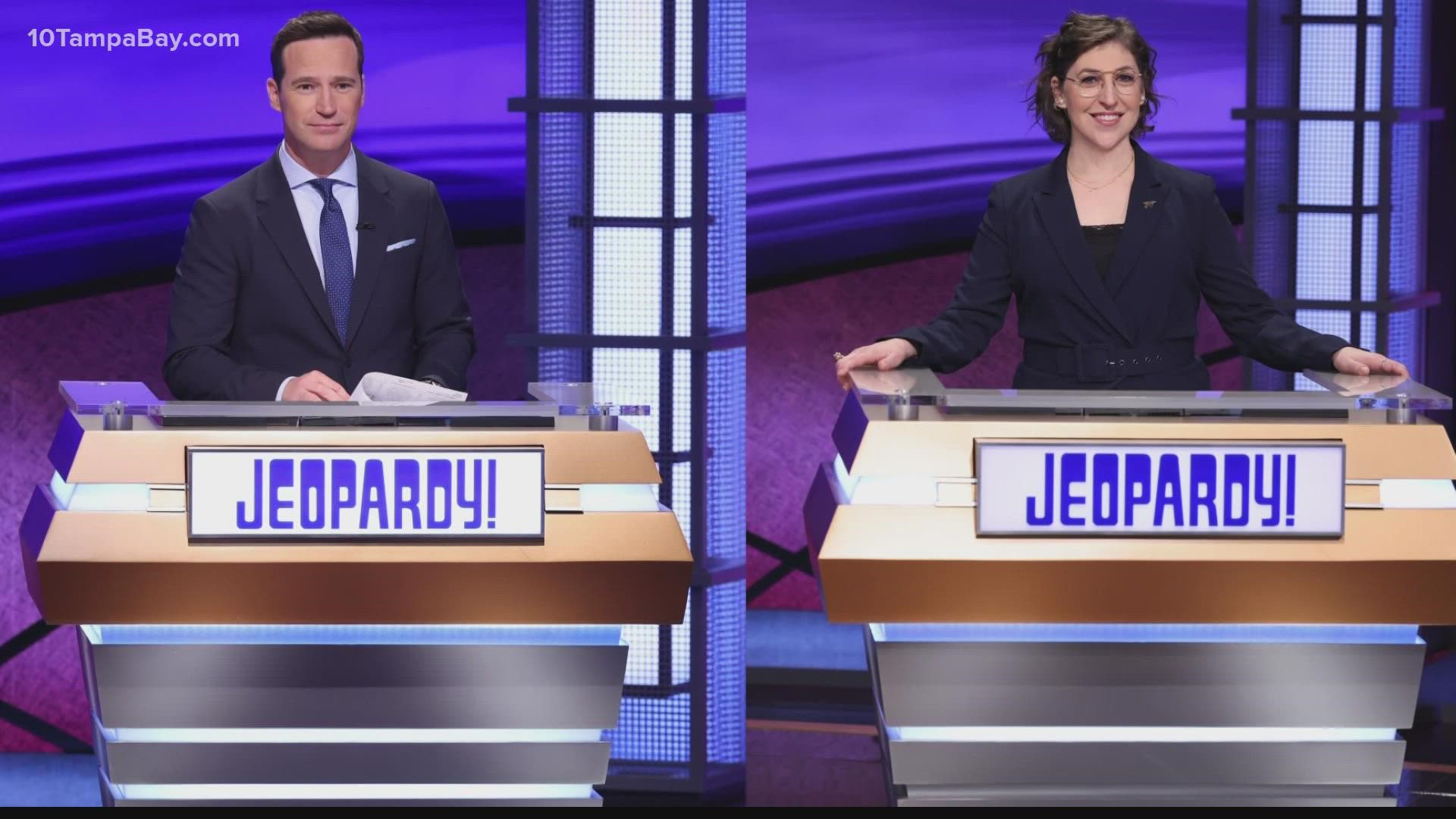 Mayim Bialik knew she’d be busy around this time of year, but not this busy.

Besides starting production on a new season of Fox's sitcom “Call Me Kat,” Bialik was recalled to duty as a “Jeopardy!” guest host — the result of the quiz show's publicly messy effort to replace the late Alex Trebek.

Mike Richards exited as newly minted host (and producer) in August after past unsavory podcast comments came to light. Bialik and “Jeopardy!” champ Ken Jennings were then brought in by studio Sony while its host search begins anew.

Bialik had already been hired as emcee of “Jeopardy!” prime-time and spinoff series, including a new college championship. She, Jennings and Richards were among the dozen-plus temp hosts who vied earlier this year for the plum job.

While Bialik didn't speculate on whether she might ultimately be Sony's pick, she said she considers herself part of the show's “family” and was glad to help out on the syndicated show around the season-two taping of “Call Me Kat."

Returning midseason, it stars Bialik as a single woman who changes up her life by becoming a cat-cafe owner and, when last seen, was caught between her affection for Max (Cheyenne Jackson) and Oscar (Christopher Rivas).

A cat parent herself times three, Bialik is a spokeswoman for Purina's Pro Plan LiveClear cat food line, developed to reduce feline allergens that can be irritating to humans — including, the actor noted, her boyfriend.

In an interview with The Associated Press, Bialik discussed adapting to “Jeopardy!”, her comedy's direction and her past comments on vaccines.

AP: Was the “Jeopardy!” turmoil awkward for you or could you distance yourself?

Bialik: There have been many conversations and weeks and weeks of us all getting adjusted to what’s been going on. There hasn’t really been anything that’s been a surprise, so there wasn’t really awkwardness. I’m just excited to be able to do my job and do it to the best of my ability, as someone who likely would get everything wrong on ‘Jeopardy!’ It’s a real honor to get to stand up there.

AP: The guest host stints were presented as tryouts for the host’s job. Do you feel as if you’re auditioning again?

Bialik: As far as I’m concerned, I’m not auditioning for anything anymore. I’m doing the job that’s in front of me and letting the business executives do what they need to do. For me, I’m getting more and more comfortable with the language of ‘Jeopardy!,’ as we call it, and making the crew and the staff feel like we have consistency and that I’m a person really interested in maintaining the integrity of the show.

AP: Your bubbly character on ‘Call Me Kat’ is opposite the serious scientist you played on ‘The Big Bang Theory,’ opposite Jim Parsons. Was that part of the show's appeal?

Bialik: This was brought to me by Jim, whose production company had the rights to ‘Miranda’ (the original U.K. series). He said if anyone can pull off adorable and also annoying, it's probably you.

Bialik: We're going to tackle this sort of love triangle that we’ve gotten ourselves into. And we have so many cast members who I feel can carry so much more, I would love to see that happen. We have really lovely amazing actors, and I'm hoping to see us learn more about their characters. And because I'm exhausted in general.

AP: Have you suggested story lines?

Bialik: Many aspects of our show and an original conceit in its American form was to highlight some of the awkwardness and honesty of the female experience at 39-slash-40. There are shows that I really admire, like ‘Ally McBeal,’ that showed us different aspects of female characters than we'd seen before. I point out to (series producer) Alissa Neubauer all the awkward things happening to my body and I say, ‘I’m sure you can make this funny.’

AP: You've come under scrutiny for your writings, including on vaccines. Given the career fallout others have experienced for past remarks, how do you view the risk?

Bialik: I don't regret that at the time I wrote a book about parenting, my kids were young, they hadn't received all their vaccines. Now I've been very public and declared that I am a vaccinated person, we're a vaccinated family, we're all vaccinated for COVID. That's part of the challenge of being a public person, and the court of public opinion is extremely significant. I'm grateful to Sony and to ‘Jeopardy!’ for believing in me as a host right now, with the ability to do my job with all the other things aside.