The 'Black Panther' actress broke her silence on the sudden death of Chadwick Boseman, who died of colon cancer at age 43. 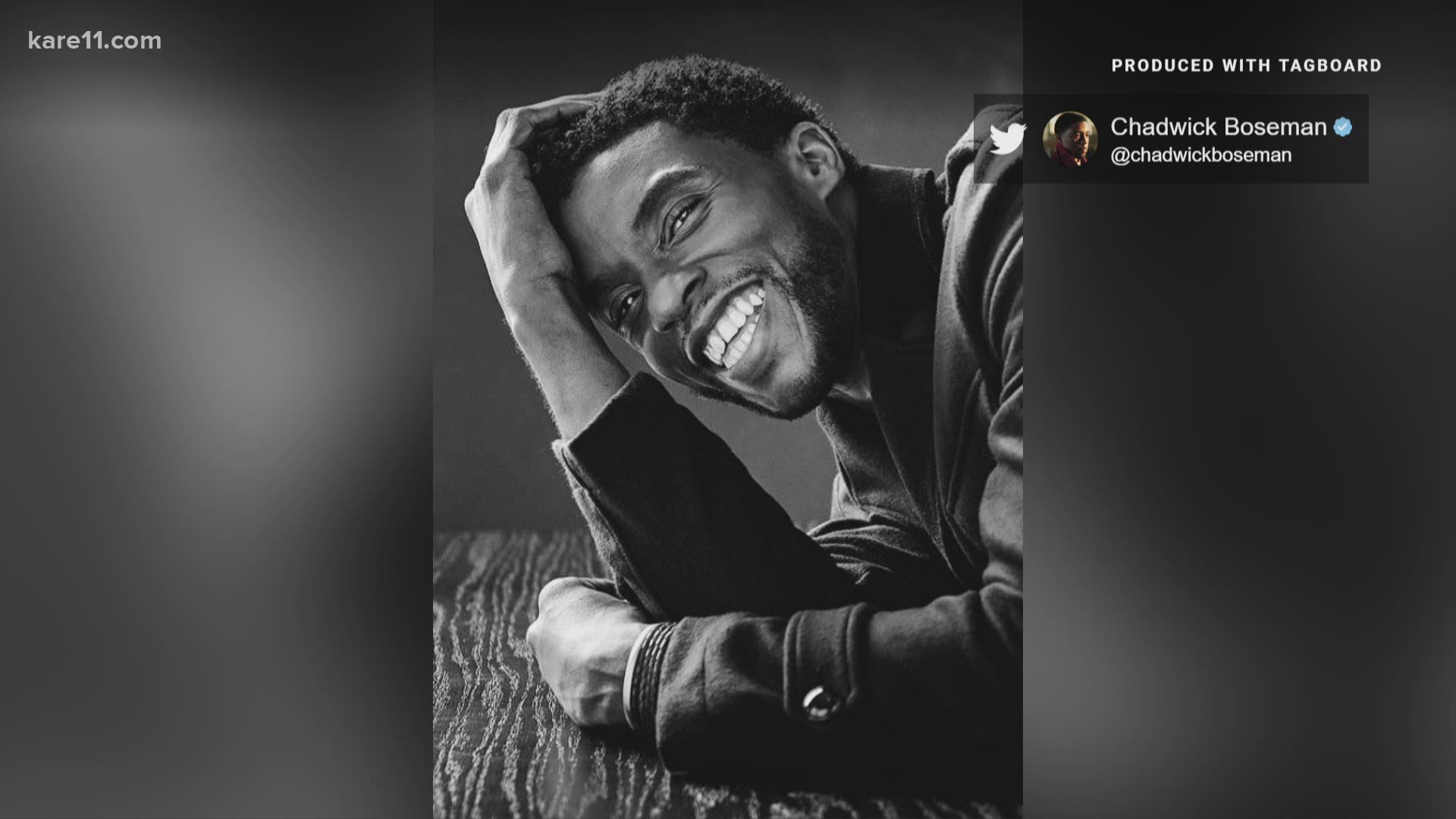 In her first public post following his sudden death from colon cancer, she wrote on social media, "I write these words from a place of hopelessness, to honor a man who had great hope. I am struggling to think and speak about my friend, Chadwick Boseman, in the past tense. It doesn't make sense."

"Chadwick was a man who made the most of his time, and somehow always managed to take his time," Nyong'o wrote, adding that his death is a "punch to my gut every morning"

In the film "Black Panther," Nyong'o played the love interest of Boseman's character, King T'Challa. She said she didn't know him long, but he was "absorbent. Agile. He set the bar high by working with a generosity spirit, creating an ego-free environment by sheer example, and he always had a warm gaze and a strong embrace to share."

"His large hands would descend on my shoulders and give them a squeeze that relieved me of the tensions I did not realize I was holding," she said. "Chadwick's hands were strong enough to carry the weight of the film and free enough to clasp mine when I needed it."

"He was impeccable with his word. I never heard him complain -- and there was definitely some things worth complaining about," Nyong'o wrote. "He cared so deeply about humanity, about Black people, about his people. By pushing through and working with such high purpose in the films he chose to commit to, Chadwick has made the infinite his home."

The "12 Years a Slave" and "Us" actress added, "so it seems that it was life that gave up on Chadwick long before Chadwick gave up on life."

"My deepest condolences to his family, friends and to his loving wife, Simone, from whom I heard this phrase articulated so resonantly: #TakeYourTimeButDon'tWasteYourTime," Nyong'o said to end her message.

Her post included a photo of herself and Boseman laughing together.

Boseman, who played Black icons Jackie Robinson and James Brown before finding fame as the regal Black Panther in the Marvel cinematic universe, died on Aug. 28, 2020, of colon cancer. He was 43.

He died at his home in the Los Angeles area with his wife and family by his side, his publicist Nicki Fioravante told The Associated Press. Boseman was diagnosed with colon cancer four years ago, his family said in a statement.

RELATED: 'I wish we had more time': Michael B. Jordan breaks silence on Chadwick Boseman's passing