Having trouble finding your favorite types of alcohol, like Patron and Crown Royal? You're not alone. And it isn't the liquor store's fault. 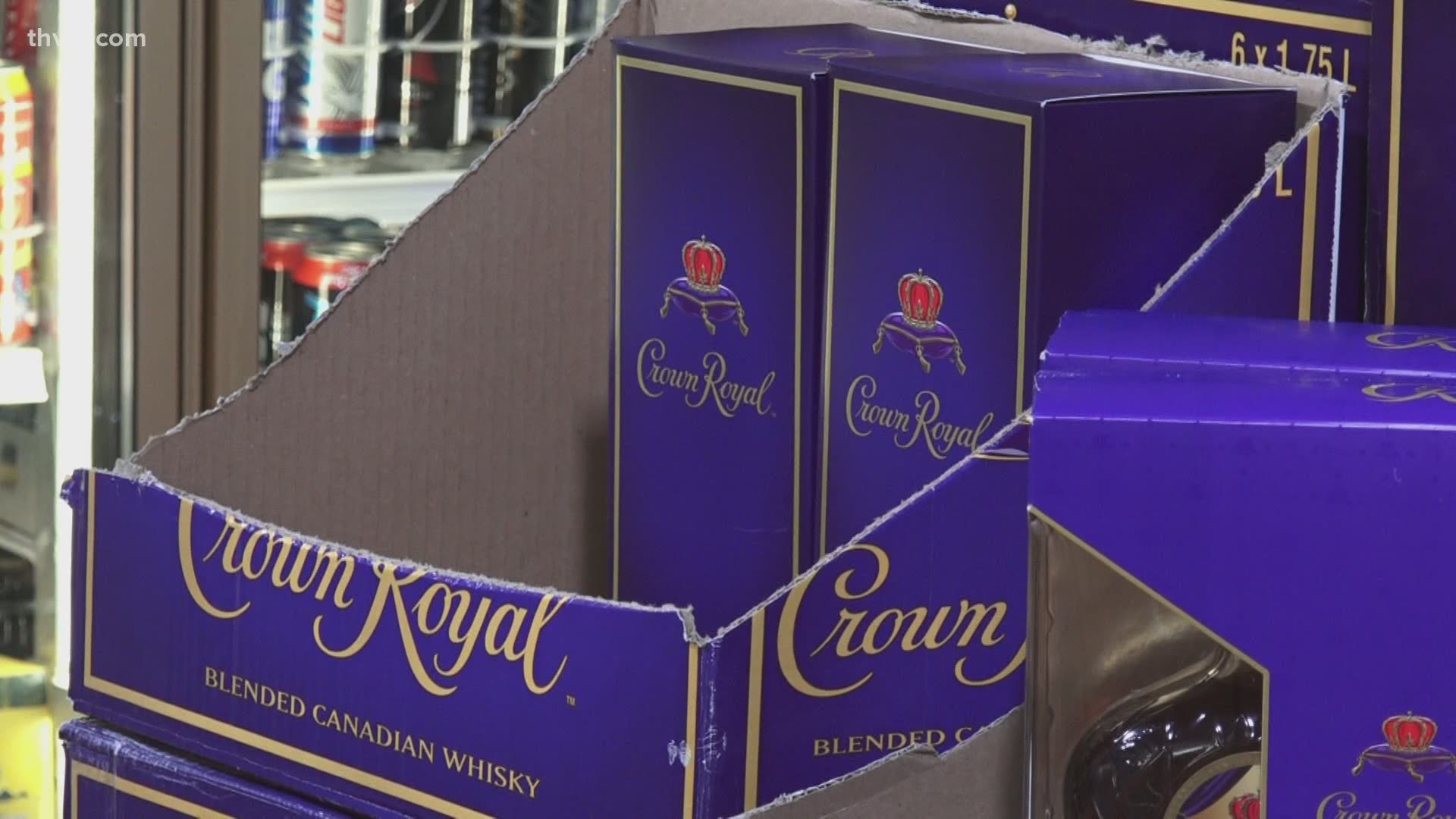 LITTLE ROCK, Ark. — All kinds of industries are struggling during the pandemic, but liquor stores have their own set of problems.

"We've had people walk out and not buy something because they were looking for something very specific that we didn't have,” said John Kelly, owner of Longhills Wine and Spirits.

"Our distributors are facing a lot of problems to get the items from them and to us,” said Jazz Singh, owner of Lawson Liquor Inc.

Top brand products are hard to come by.

"The biggest one we've run into is Crown Royal, which I think is the single highest liquor sale product that we sell,” said Kelly.

Kelly said getting Crown Royal comes down to distributors not allowing him to buy them in the quantity he typically would.

Liquor Stores are having to supplement. Lawson Liquor is trying to keep the shelves stalked with other items when their top-selling ones aren't sent to them.

"Like Patron, any of the tequilas that come from Mexico or wherever else. It's like they can't get any because transportation is so low,” said Singh.

Owners tell us their customers have a hard time understanding why they can't instantly get their choice of alcohol, and some are leaving frustrated and angry.

"I just don't want them to get mad at us, the liquor store owners or employees, because we are trying our absolute best,” said Singh.

The liquor industry is just asking for a little grace, and for all to support your local small stores.

"It's not just our problem. It's many of the small businesses problem,” said Singh.

Kelly said it's hard for some liquor stores to even get 30 packs of beer, specifically Corona.

They'll get orders, but sometimes not enough to last through the week.