Burton had a rough start to the five back-to-back tapings, but he turned to his wife for advice and was told to just be himself. 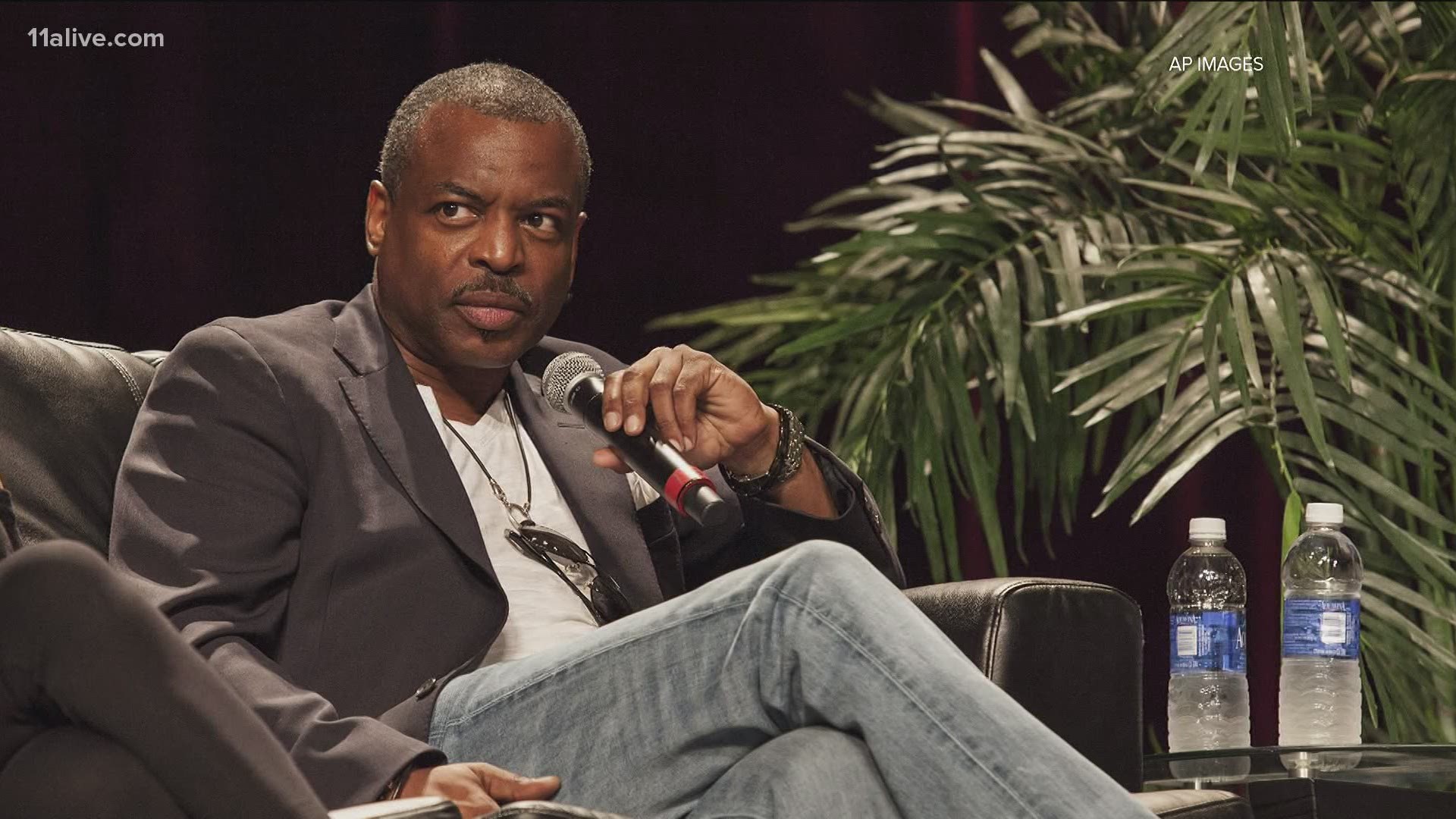 LeVar Burton's quest to become the new host of "Jeopardy!" has been a confident, upbeat effort by the actor and those who rooted him on with a petition drive.

But when the day came to tape the first of his week's share of episodes as one of a succession of guest hosts, the show's pace and the challenge of following in Alex Trebek's much-admired footsteps threw Burton off stride.

It made for a rough start to the five back-to-back tapings that begin airing Monday, said the veteran actor known for "Roots," "Star Trek: The Next Generation" and "Reading Rainbow." He turned for advice to wife Stephanie Cozart Burton, who as his makeup artist was on hand to play coach during a production break.

"Being at home, it feels like a really relaxed half-hour, but it's not relaxed at all," he said. "You can't let your focus drop for a nanosecond."

Burton has been watching and assessing the other guest hosts — in other words, his competition for the position that the Canadian-born Trebek held from 1984 to shortly before his November 2020 death from cancer at age 80. Art Fleming was the quiz's show's original and only other host, in the 1960s and '70s.

Although Burton had made the show's producers aware of his interest in being considered, his addition to the roster came after a petition backing him as the new "Jeopardy!" host caught fire (with more than 250,000 signatures to date).

He faces other openly eager would-be hosts — including NFL quarterback Aaron Rodgers — but the actor, director and education and literacy advocate sees himself as a solid match for a game show that rewards knowledge.

Burton spoke with The Associated Press about his wife's on-point advice, why diversity matters for "Jeopardy!" and what he thinks of his chances for the job expected to be filled this summer, before next season's taping begins. Remarks have been edited for clarity and length.

BURTON: I've jumped out of airplanes. I've walked over hot coals. This was a real challenge. First of all, because ('Jeopardy!') is singular in the culture and what it means to people as a part of their daily lives. And the fact that there are only two hosts who have ever stood in that spot. The pressure, the natural tendency was to want to live up to Alex's example, his legacy. I had, like all of the hosts, one day of rehearsal and the following day I shot five episodes of 'Jeopardy!' I came backstage after taping the first episode and I said to Stephanie, 'Well, how did I do?' She said, 'ehhh.' Now, this is a woman who loves me enough to tell me the truth. She said it wasn't me.

AP: How did you adjust?

AP: Why do you consider the show and the host's role as worthwhile?

BURTON: I've been about education my entire career, and I definitely believe in the medium (of television) as one where more than simply entertaining is the order of the day. I try and use the medium in a way that brings something else to the table as often as I can. I think that 'Roots' and 'Star Trek' and 'Reading Rainbow,' they all have that commonality about them, that common thread of entertainment, yes — and informational, inspiring, enlightening, educational, uplifting. We can do so much more than just sell each other stuff with the medium.

AP: There's significant diversity among the guest hosts. Would there be value in 'Jeopardy!" having its first person of color or woman as host?

BURTON: There's nothing like 'Jeopardy!' in the cultural consciousness. It's not that I'm trying to put it on the same level, but I liken it to Barack Obama being elected president in the United States in 2008. I personally never thought I would see that happen in my lifetime. Did his election mean that we were in a post-racial America? Obviously not at all. But it was an important step. Every time we reach that milestone of a first, it does say something about us. It also tells us something that we continue to have these moments of firsts.... that white is the normative default. The reason that white is the default is the conversation that we are trying to have in this country now, that there's so much resistance to.

AP: How optimistic are you about being picked as host?

BURTON: I am a preternaturally optimistic person. Look, if I don't get this job, will it be devastating to me? No. I mean, it will hurt, I'll be disappointed. And I'll be fine, because what I know about my life is that which is supposed to be for me comes my way. And that which is not mine, doesn't. The most important thing is that I went for it and my passion was rewarded. I got what I wanted, which was an opportunity to compete for the job. If I don't get the gig, it's not immaterial, but it certainly is secondary. I got what I was after. The chance — get me in the room.