This year peak bloom was reached on March 26 in the ancient capital of Kyoto, the earliest since the Japan Meteorological Agency started collecting the data in 1953. 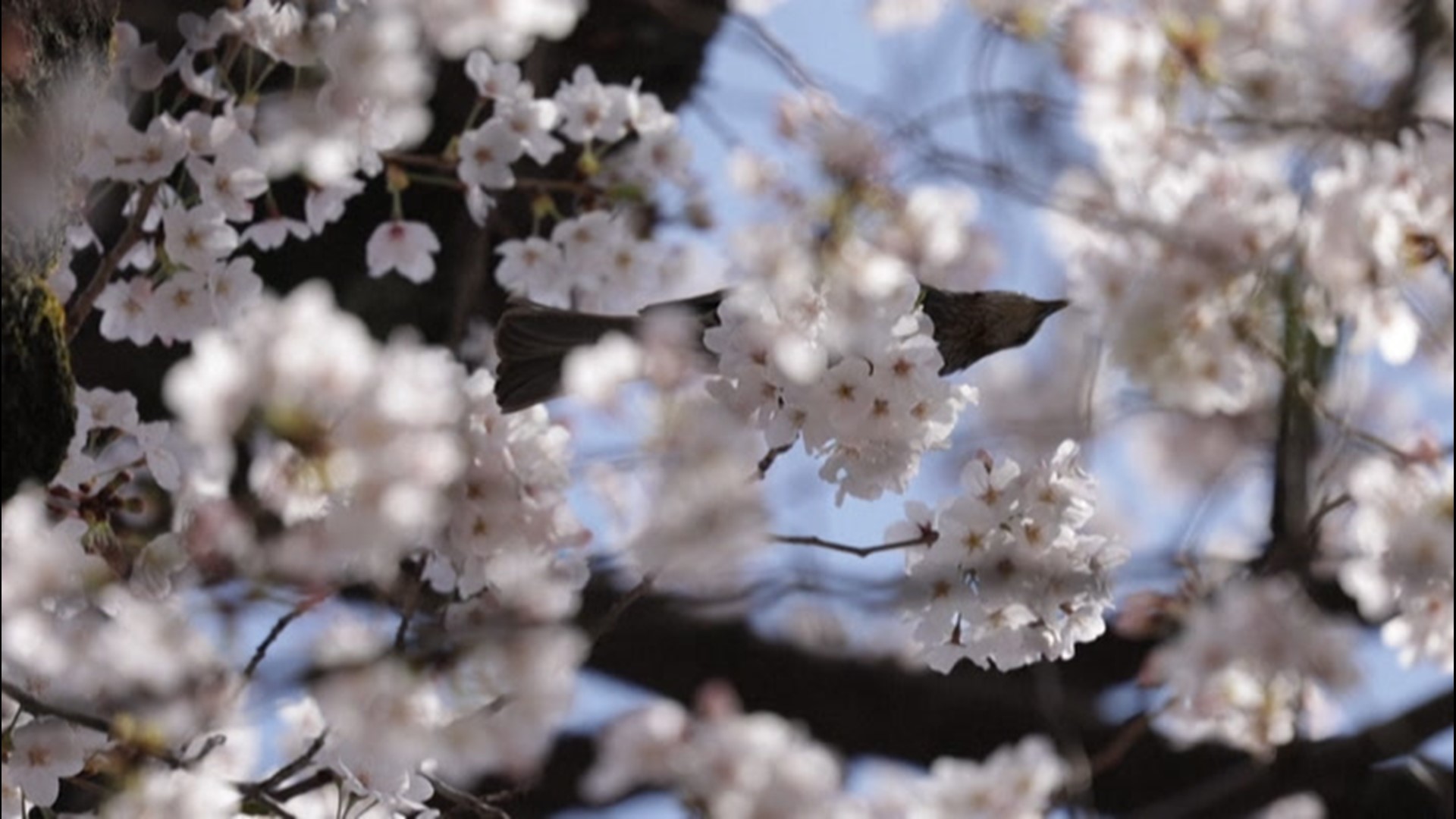 TOKYO, Japan — Japan's famous cherry blossoms have reached their flowery peak in many places earlier this year than at any time since formal records started being kept nearly 70 years ago, with experts saying climate change is the likely cause.

Japan’s favorite flower, called “sakura," used to reach their peak bloom in April, just as the country celebrates the start of its new school and business year. Yet that date has been creeping earlier and now most years the blossoms are largely gone before the first day of school.

This year peak bloom was reached on March 26 in the ancient capital of Kyoto, the earliest since the Japan Meteorological Agency started collecting the data in 1953 and 10 days ahead of the 30-year average. Similar records were set this year in more than a dozen cities across Japan.

Some say it is the earliest peak bloom ever based on records from historic documents, diaries and poetry books from Kyoto. Osaka Prefecture University environmental scientist Yasuyuki Aono, who tracks such documents, said the earliest blooms he has found before this year were March 27 in the years 1612, 1409 and 1236, though there are not records for some years.

RELATED: Spring started last Saturday. So what that means for our weather?

“We can say it’s most likely because of the impact of the global warming,” said Shunji Anbe, an official at the observations division at the Japan Meteorological Agency.

The agency tracks 58 “benchmark” cherry trees across the country, and this year 40 of those already have reached their peak bloom and 14 have done so in record time. The trees normally bloom for about two weeks each year from first bud to all the blossoms falling off.

Cherry trees are sensitive to temperature changes and the timing of their blooming can provide valuable data for climate change studies, Anbe said.

Sakura have deeply influenced Japanese culture for centuries and regularly been used in poetry and literature with their fragility seen as a symbol of life, death and rebirth.