Infants willing to give up tasty snack to help stranger, study finds

Even when they are hungry, many young kids have an altruistic instinct, the study found. 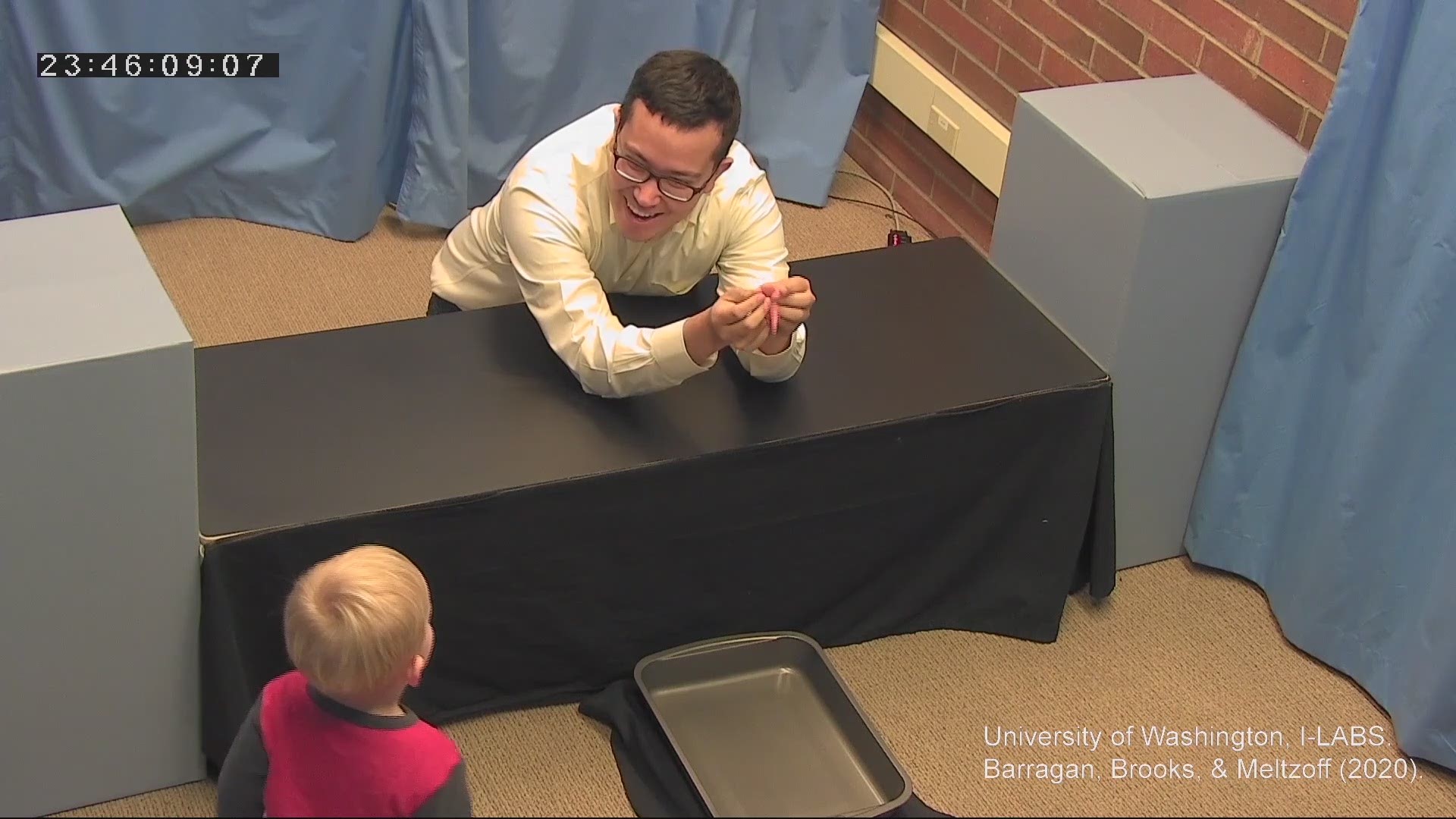 A new study finds that infants may already be developing the altruistic instinct to give food to a stranger in need even if the child is hungry themselves.

Researchers in Seattle at the University of Washington's Institute for Learning & Brain Sciences (I-LABS) did a study of nearly 100 19-month-old children.

The experiment was conducted in two phases involving fruits such as bananas, strawberries, blueberries and grapes. The goal was to find out if the child would pick up a piece of fruit a stranger dropped and give it to them without any encouragement, reinforcement or verbal instruction.

RELATED: Instead of getting gifts, child wants to give gifts to kids in need

In phase two, the parents were asked to bring the child in around their normal snack or mealtime. This would be a time the child would be hungry and, therefore, less likely to give up the food.

In the test group -- the group where the stranger tried to reach for the fruit -- 37% of the children still handed it over to the researcher.

None of the children in the control group gave the fruit back.

“The infants in this second study looked longingly at the fruit, and then they gave it away!” said I-LABS co-director Andrew Meltzoff in a statement. “We think this captures a kind of baby-sized version of altruistic helping.”

UW says additional trials led them to the conclusion that these children didn't learn this altruistic behavior by taking part in the study. This was already part of who they were.

They also found that children with siblings and from certain cultural backgrounds were more likely to help the adult stranger.

“We think certain family and social experiences make a difference, and continued research would be desirable to more fully understand what maximizes the expression of altruism in young children," said Rodolfo Cortes Barragan. the study's lead author. "If we can discover how to promote altruism our kids, this could move us toward a more caring society.”

The study is published online in Scientific Reports.