Hyundai is recalling about 180,000 Tucson SUVs in the U.S. from 2019 through 2021 because an electrical short in a computer could cause the vehicles to catch fire. 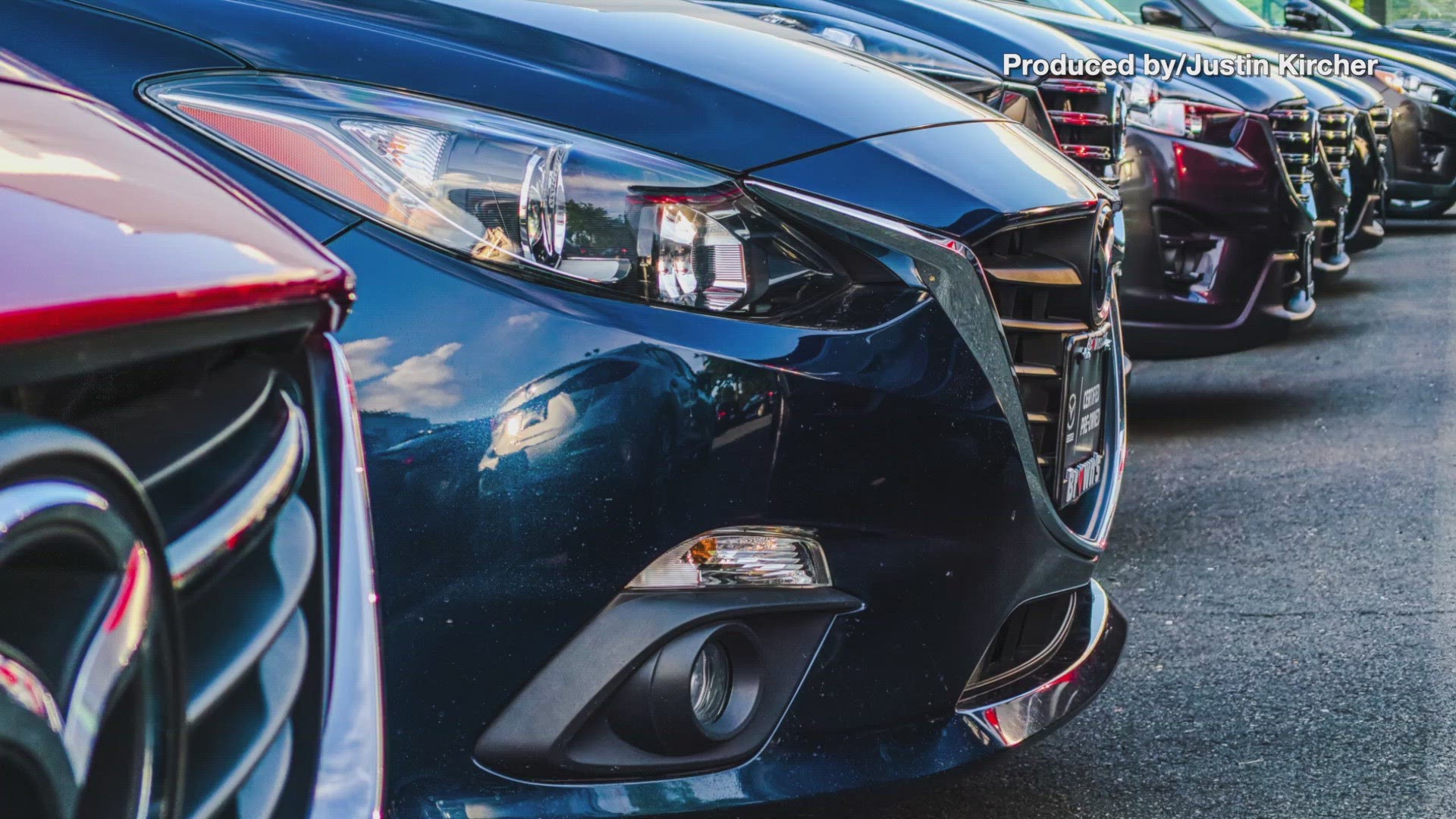 DETROIT — For the second time this month, Hyundai is telling some SUV owners to park outdoors because an electrical short in a computer could cause vehicles to catch fire.

The Korean automaker is recalling about 180,000 Tucson SUVs in the U.S. from 2019 through 2021 to fix the problem. The company says corrosion can cause a short circuit in defective anti-lock brake circuit boards that can cause a fire even if engines are off.

Hyundai says it knows of a dozen engine fires caused by the problem but no injuries.

In addition, Hyundai says if the anti-lock brake warning light comes on, the vehicles should not be driven and owners should disconnect the positive cable on the battery. They should contact a dealer who will provide a loaner vehicle if needed.

Hyundai will notify owners of the recall by mail starting around Oct. 30. In the meantime, owners can key in their 17-digit vehicle identification number at www.hyundaiusa.com/recalls to see if their Tucson is affected.

RELATED: Hyundai, Kia recall over 591,000 vehicles for leaks that can cause fires

RELATED: US will end current health screening of some travelers

On Sept. 3, U.S. safety regulators announced that Hyundai and affiliated automaker Kia would recall over 600,000 vehicles in the U.S. and Canada to fix a brake fluid leak that could cause engine fires.

A day later, Hyundai said it recommends the vehicles be parked outdoors until the problem is repaired. Kia did not answer questions about its recall.

The recalls are the latest in a series of engine fire problems that have plagued the two automakers and have touched off investigations by the U.S. National Highway Traffic Safety Administration.

In February, Hyundai recalled nearly 430,000 small cars for a similar problem. The company said water can get into the antilock brake computer, cause an electrical short and possibly an engine fire. That recall covered certain 2006 through 2011 Elantra and 2007 through 2011 Elantra Touring vehicles.

The company said the electrical short could cause a fire even when the cars are turned off.

In April of 2019, NHTSA opened two new investigations into fires involving Hyundai and Kia vehicles after getting complaints of more than 3,100 fires and 103 injuries.

The agency granted a petition seeking the investigations by the nonprofit Center for Auto Safety, a consumer advocacy group.

The investigations, one for Hyundai and the other for Kia, cover non-crash fires in almost 3 million vehicles from the affiliated automakers.

NHTSA had previously said it would incorporate the noncrash fires into a 2017 investigation that examined recalls of Hyundai and Kia vehicles for engine failures. It opened the new probes “based on the agency’s analysis of information received from multiple manufacturers, consumer complaints and other sources.”

Engine failure and fire problems with Hyundais and Kias have affected more than 6 million vehicles since 2015, according to NHTSA documents.