The 30-country organization said Wednesday in its annual world energy outlook that the economic rebound from the COVID-19 pandemic has seen an increase in emissions. 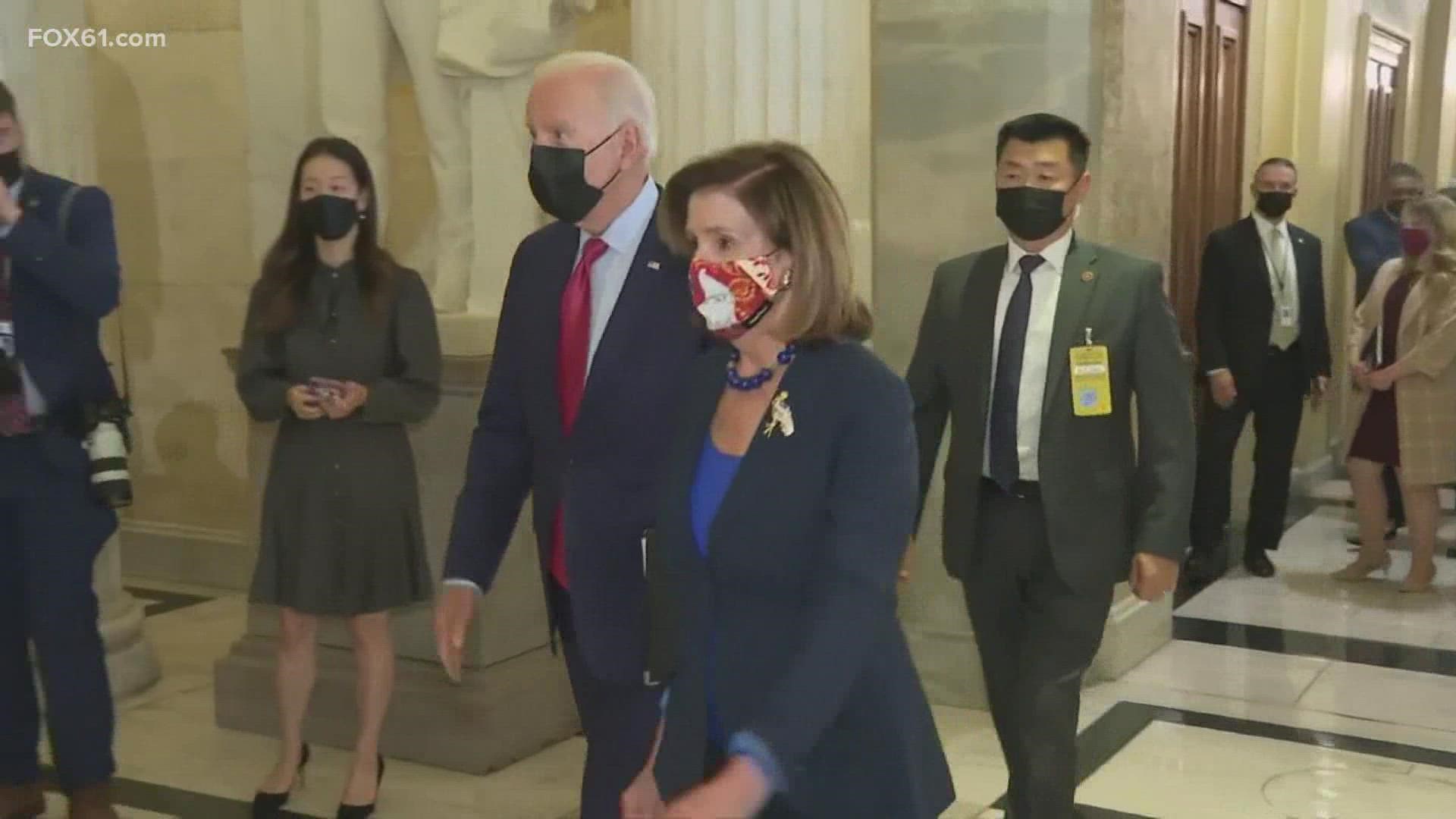 The International Energy Agency is urging governments to make stronger commitments to cut greenhouse gas emissions at an upcoming U.N. climate summit, warning the world is not on track to meet environmental goals and that new investment in clean energy was needed to "jolt the energy system onto a new set of rails."

The Paris-based international organization said Wednesday in its annual world energy outlook that great strides have been made to move away from fossil fuels by relying on more wind and solar energy, while electric vehicles are setting sales records.

But the economic rebound from the COVID-19 pandemic also has seen an increase in the use of coal and oil, the report said, as well as a leap in emissions. Burning fossil fuels produces carbon dioxide, the main greenhouse gas that scientists blame for climate change.

"The world's hugely encouraging clean energy momentum is running up against the stubborn incumbency of fossil fuels in our energy systems," said Fatih Birol, executive director of the 30-country IEA.

Governments at the summit needed to "give a clear and unmistakable signal that they are committed to rapidly scaling up the clean and resilient technologies of the future. The social and economic benefits of accelerating clean energy transitions are huge, and the costs of inaction are immense."

The report said the recovery was putting major strains on parts of the energy system, leading to sharp rises in prices for natural gas, coal and electricity as worldwide energy demand is set to regain the ground lost last year during the pandemic.

Electricity demand in particular had come "roaring back" in Asia, leading to a rise in the use of coal-fired plants. Such energy crunches were a prelude of more disruption to come if investment in new sources of energy did not increase, according to the report.

Representatives of more than 200 countries will gather for the 26th U.N. Climate Change Conference, known as COP26, from Oct. 31 to Nov. 12 in Glasgow, Scotland, to discuss new targets for cutting or curbing the growth of emissions that contribute to climate change.

The goal under the 2015 Paris climate accord is to limit the rise of global temperatures to well below 2 degrees Celsius (35 degrees Fahrenheit) above pre-industrial levels, while pursuing efforts to limit the rise to 1.5 degrees.

The U.N.'s scientific committee on climate change has said emissions must be cut to net zero — when greenhouse gases are balanced out by their removal from the atmosphere — by 2050 to reach the 1.5-degree limit.

Birol said governments' current pledges would result in only 20% of the reduction by 2030 needed to reach net zero emissions by 2050. He said investment in clean energy and infrastructure would have to triple over the next decade "to jolt the energy system onto a new set or rails." Most of that spending would have to come in emerging and developing economies, where financing can be scarce and which are still facing a public health crisis.

There was remains only a "narrow but achievable" pathway to net zero, according to the agency.

The financial think tank Carbon Tracker Initiative said the report was "real guidance on managing the climate crisis" but cautioned that "it remains excessively cautious about falls in renewable energy costs and growth rates worldwide."