Another body was discovered Friday evening. 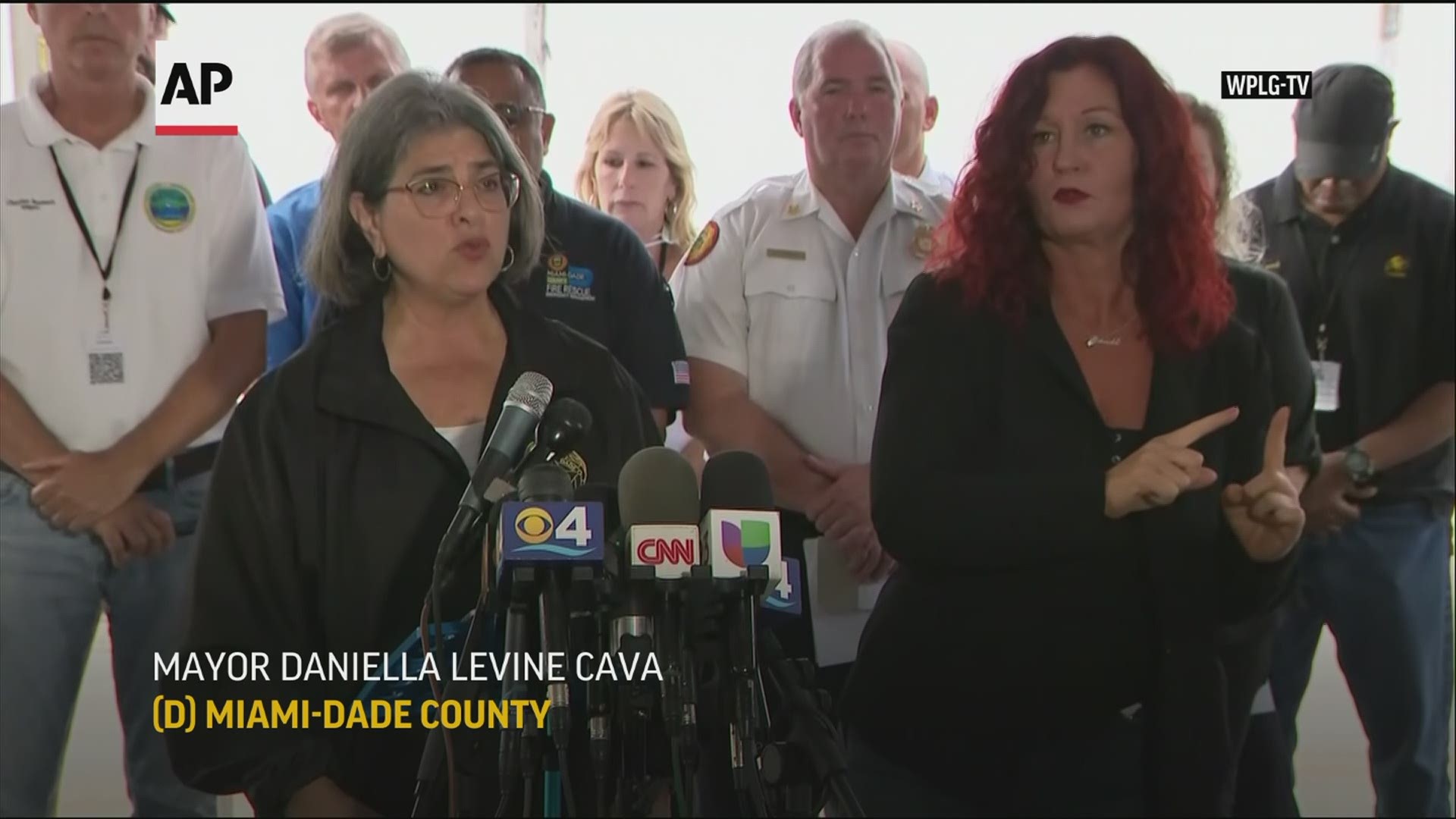 SURFSIDE, Fla. — The death toll in the collapse of a Miami-area condo building rose to 79 on Friday, a number the mayor called “heartbreaking” as recovery workers toiled for a 16th day to find victims in the rubble. Another 61 people remain unaccounted for.

Miami-Dade Mayor Daniella Levine Cava said the work to recover victims was “moving forward with great urgency” in order to bring closure to the families of victims who have spent an agonizing two weeks waiting for news.

“This is a staggering and heartbreaking number that affects all of us very deeply,” Levine Cava said of the latest death toll.

Miami-Dade Police Department posted Friday that it has identified a 3-year-old, Luis Lopez Moreira III, as one of the victims who were recovered this week.

Rescue workers and emergency support teams from Florida and several other states have labored in 12-hour shifts, 24 hours a day at the site of the devastated beachfront condominium in Surfside — physically and emotionally taxing work performed amid oppressive heat and in dangerous conditions.

“We know that there will be long-term impacts for the teams on the front line,” Levine Cava said. “They have given so much of themselves in these first two weeks.”

Credit: AP
Rubble and debris of the Champlain Towers South condo can be seen in Surfside, Florida on Tuesday, July 6, 2021.

To that end, Levine Cava said officials have added peer support personnel at the fire stations.

No one has been found alive since the first hours after a large section of the 12-story Champlain Towers South came crashing down on June 24.

Hope of finding survivors was briefly rekindled after workers demolished the remainder of the building Sunday night, allowing access to new areas of debris. Some voids where survivors could have been trapped did exist, mostly in the basement and the parking garage, but no one was found alive. Instead, teams recovered more than a dozen additional victims.

On Wednesday, workers shifted their mission from search and rescue to recovery after concluding that there was “no chance of life” in the rubble.

Levine Cava said the deaths of so many is “an aching hole in the center of this close-knit family here in Surfside."

On Thursday, Paraguay’s foreign minister said in a radio report that the body of the sister of that country’s first lady was among those found. Several Latin American citizens were reported in the building when it collapsed. Rescue workers now focused on finding remains instead of survivors have pledged to keep up their search for victims until they clear all the debris at the site.

State and local officials have pledged financial assistance to families of the victims, as well as to residents of the building who survived but lost all their possessions. Meanwhile, authorities are launching a grand jury investigation into the collapse. And at least six lawsuits have been filed by families.