Alex Azar is the highest-level U.S. official to visit the self-governing island democracy since formal diplomatic relations were severed in 1979 with China. 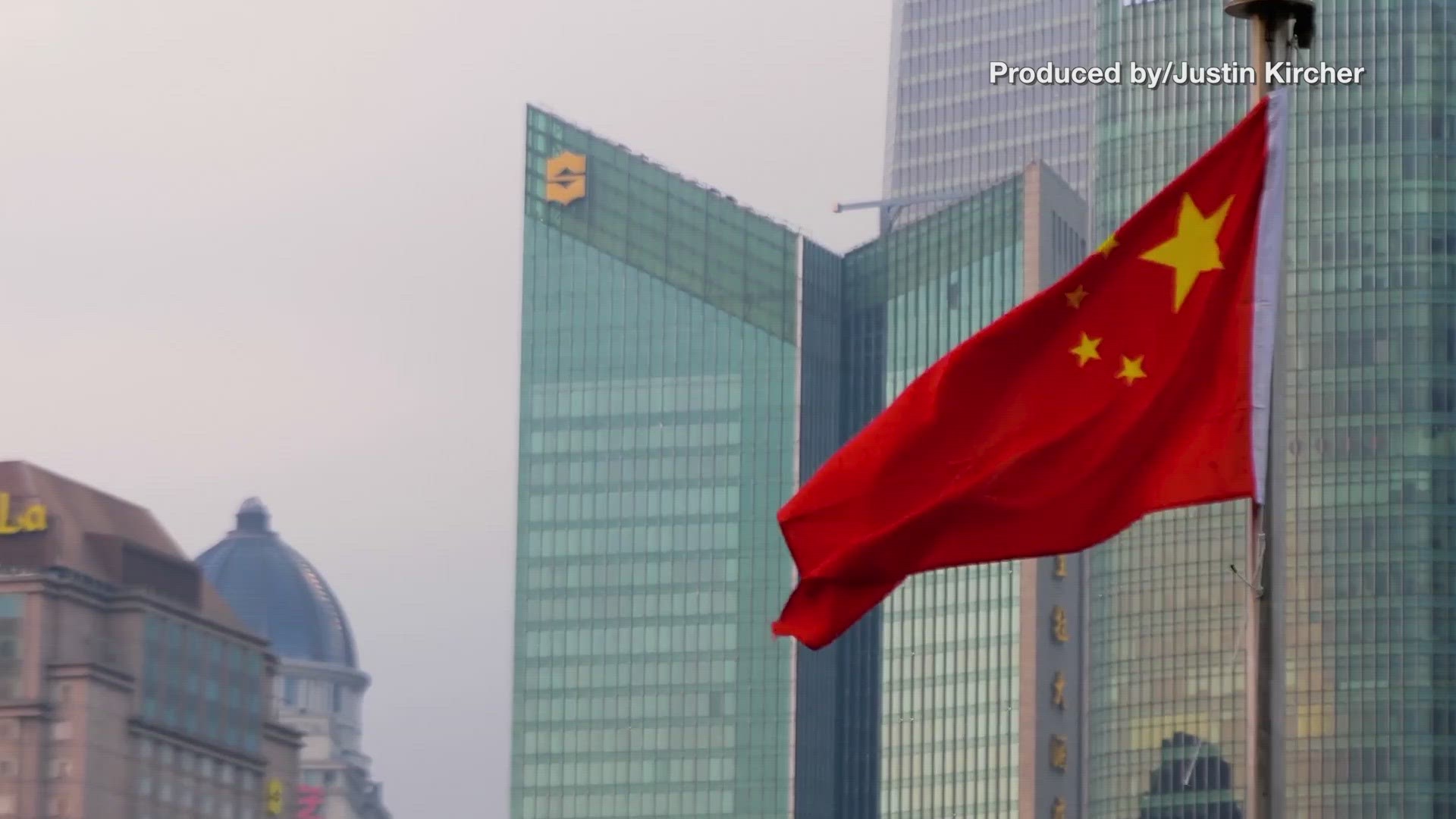 The visit by U.S. Health and Human Services Secretary Alex Azar to Taiwan this week comes amid mounting tensions between Washington and Beijing, which claims Taiwan as its own territory to be annexed by force if necessary.

From the South China Sea to TikTok, Hong Kong and trade, China and the U.S. find themselves at loggerheads just months ahead of the American presidential election. In a throwback to the Cold War, the two ordered tit-for-tat closures of consulates in Houston and Chengdu and rhetorical sniping is now a daily occurrence.

Washington potentially exacerbated those frictions by sending Azar to Taiwan, making him the highest-level U.S. official to visit the self-governing island democracy since formal diplomatic relations were severed in 1979 in deference to China,

Beijing has been ratcheting up pressure on Taiwan, but that's just one area in which its increasingly assertive foreign policy and the accompanying push-back from Washington have taxed diplomacy on both sides.

Washington drew Beijing's ire last month when it parted with years of ambiguity by explicitly denying most of China's claims in the strategically vital South China Sea. China says it owns the waterway and that activity in the area by the U.S. Navy, including sailing ships close to Chinese-controlled islands, threatens regional peace and stability.

Other disputes center on economic and cultural issues.

A two-year-old tariff war has buttressed U.S. actions targeting Chinese institutions and officials. Washington has been campaigning to exclude Chinese telecoms giant Huawei from the U.S. and its allies, a push China sees as a bare-knuckled attempt to restrain its development as a global technology power.

The U.S. says Huawei is beholden to China's ruling Communist Party and threatens to compromise personal data and the integrity of the information systems in the companies in which it operates. China says there is no proof of that.

President Donald Trump stepped-up the technology confrontation on Thursday with an executive order banning dealings with the Chinese owners of consumer apps TikTok and WeChat, possibly leading to their becoming unavailable in the lucrative U.S. market.

The U.S. has sanctioned Chinese companies and officials over the persecution of Muslims in the northwestern region of Xinjiang and has now turned its eye toward stricter Chinese control in Hong Kong. As Azar was preparing to meet with Taiwanese President Tsai Ing-wen on Monday, police arrested newspaper publisher and leading opposition figure Jimmy Lai in Hong Kong as part of a crackdown on voices questioning Beijing's policies toward the former British colony, now a semi-autonomous Chinese city.

Washington has moved to withdraw trading and other privileges granted to Hong Kong in response to China's imposition of a sweeping national security law seen as an attack on free speech and political activism. China has denounced such actions as infringing on its domestic political affairs and Beijing-backed officials sanctioned by Washington, including the city's leader Carrie Lam, appeared over the weekend to laugh-off the penalties.

Human rights complaints are a long-standing source of tension between the sides, and Trump has added to them with repeated allegations that China covered-up the initial outbreak of the coronavirus pandemic.

The accumulated accusations against Beijing have observers saying Trump is hoping mistrust of China will boost his re-election chances come November. Democratic Party rival Joseph Biden has substantial foreign policy experience and has spent time with China's leader Xi Jinping, but underlying differences between the sides are expected to continue no matter who wins the election.

Beijing has protested Azar's visit as a betrayal of U.S. commitments not to have official contact with the island. Azar's visit was facilitated by the 2018 passage of the Taiwan Travel Act, which encouraged Washington to send higher-level officials to Taiwan after decades during which such contacts were rare.

Warmer relations with Taiwan are largely a result of strong bipartisan support in Congress, but also appear to show how the Trump administration is willing to defy Beijing's threats and promote an alternative to Chinese Communist Party authoritarianism.

At the start of Monday's meeting with Tsai, Azar said the island's success in dealing with COVID-19 was a "tribute to the open, transparent, democratic nature of Taiwan's society and culture."

An island of 23 million people, Taiwan moved swiftly and aggressively to contain the coronavirus and has recorded just 277 reported cases and seven deaths from the illness.

Since taking office in in 2016, Tsai has angered Beijing with her refusal to recognize China's claim to the island. Beijing has in turn cut contact with Tsai and brought increasing diplomatic, economic and military pressure against her, including by poaching away several of its remaining diplomatic allies and excluding Taiwan from international gatherings including the World Health Assembly.

Such moves have increased already considerable bipartisan sympathy for Taipei in Washington and prompted new measures to strengthen governmental and military ties.

"Of course, there will be very negative impact on China-U.S. relations, especially under the circumstances that China and the U.S. have fallen into confrontation in almost all areas," Shi said.

Beijing will respond with diplomatic protests and will seek to prevent the further expansion of relations between Taipei and Washington, Shi said.

Azar's visit "is serious, but it is not extraordinary," Shi said.