Army veteran was told she'd never walk again. She walked down the aisle

Emma Kitson had to rely on a wheelchair for the past seven years following surgery for a compressed spine. 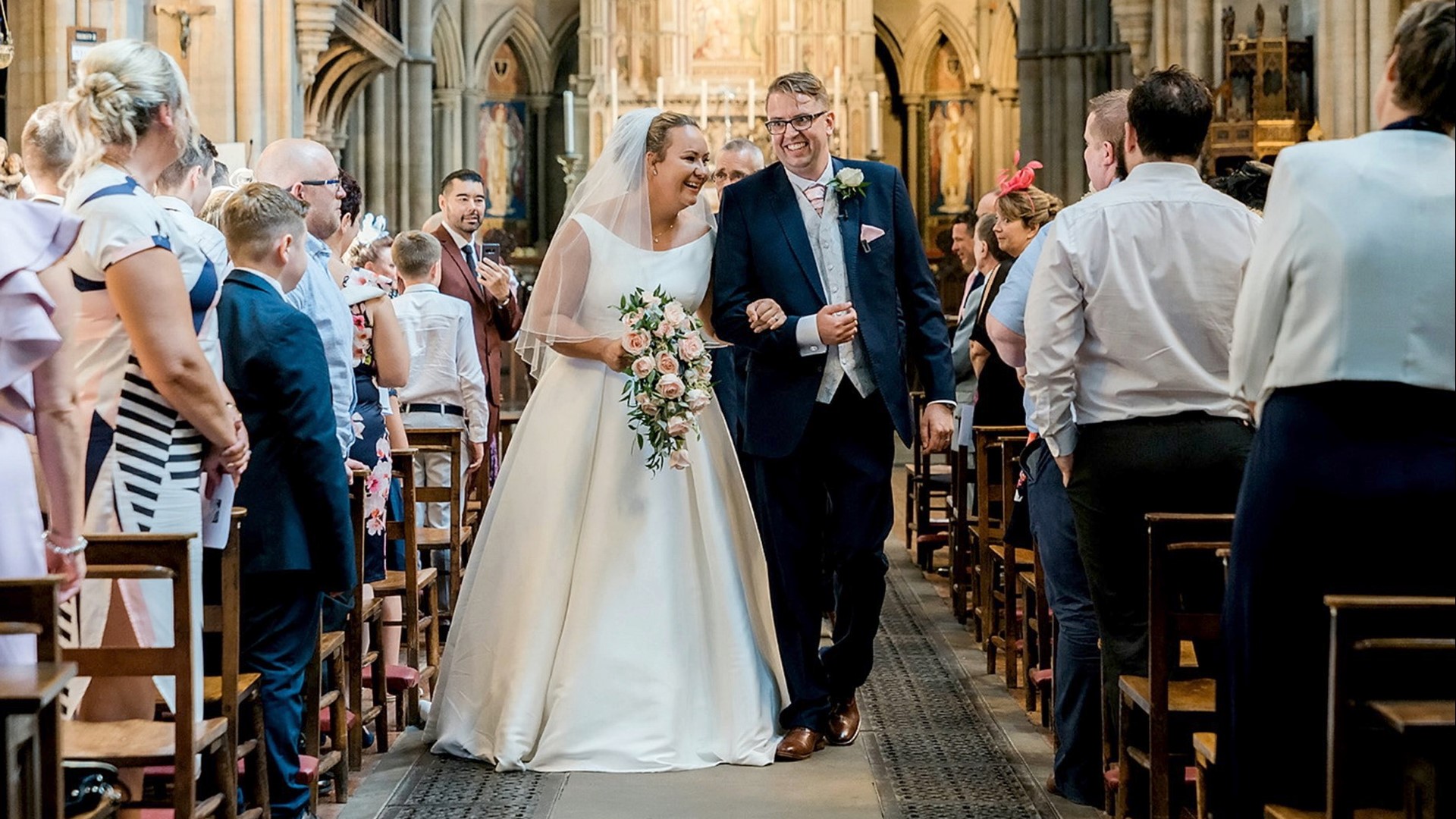 A veteran of the British Royal Artillery who was told by doctors seven years ago she would never walk again shocked her husband and wedding guests as she walked down the aisle.

Emma Kitson, one of the few women "gunners" in the British army, spent her days lugging around 96-pound tank shells on her back, according to the Halifax Courier. It reportedly included a deployment to Iraq in 2003. But while she proved she was tough enough to keep up with the men, the loads compressed her spine.

After three years in the Army, Emma had to leave at 21 years old due to worsening back pain, according to Metro.

Seven years later, the pain became so great that she opted for surgery. Emma reportedly said she was told there was only a 4% chance she wouldn't be able to walk after the procedure. But when she woke up, she couldn't feel her left leg.

Emma, 35, has had to use a wheelchair for the last seven years, but she hasn't let that stop her. Emma took part in the Warrior Games, an event by the U.S. Department of Defense which provides adaptive sports for wounded and injured service members and veterans. Emma reportedly said it helped motivate her to leave an abusive relationship.

RELATED: He was paralyzed in the line of duty 14 years ago. He stood to present the flag for the first time.

RELATED: Paralyzed farmer is back on tractor for harvest

As she was training for the Invictus Games, an international adaptive multi-sport event for wounded service members, she met swimming coach Chris Kitson and fell in love.

Emma, who was married August 9, said she had to train to increase her leg strength so she could walk the 20 feet down the aisle. Her wedding dress was also reportedly adapted to give her extra back support.

Emma didn't tell Chris or her guests what she was planning. Her dad helped Emma down the aisle and Chris helped her back.

Emma says if that's the last time she walks, it was worth it.

"I thought to myself 'whatever happens when I get out of that church I actually do not care. If I'm in a wheelchair for the rest of my life I do not care because I can actually say I've walked to Christopher and then I've walked with him out of the church, and that's everyone's dream, isn't it?'" Emma told the Courier.

The Kitsons have three children, including two from Emma's previous relationship.