Mitchell Sponseller has been missing since Jan. 12. His vehicle and personal belongings were left behind in west Toledo. 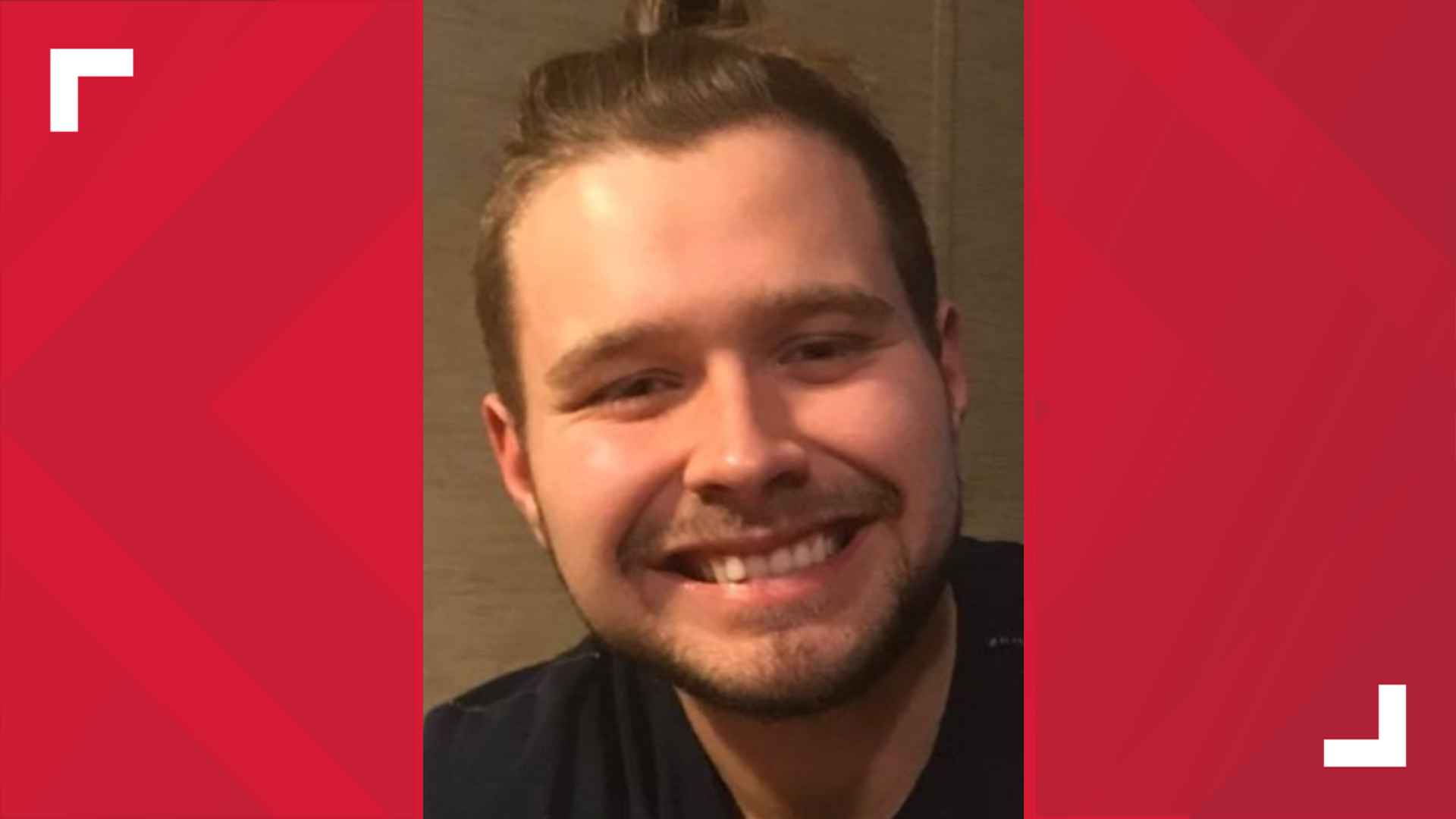 TOLEDO, Ohio — A body discovered by people walking in the woods in Monroe County on Saturday afternoon has been confirmed by his family to be that of 24-year-old Mitchell Sponseller.

Sponseller was reported missing on Jan. 13 by his mother, Michelle Sponseller, according to a report filed with the Toledo Police Department.

According to the Monroe County Sheriff's office Sponseller's body was discovered by people walking in the woods near Secor and Section Roads around 2:15 p.m. on Saturday.

The body was taken to the Wayne County Medical Examiner’s Office to determine a cause of death.

Before going missing, Sponseller left behind his vehicle and personal belongings in west Toledo.

Mitchell called off work on Jan. 8 and again on Jan. 11 and said his tires had been slashed. On Jan. 10, Mitchell visited Michelle and "was acting erratic, drunkish and altered."

Credit: Angela Kolacki
Mitchell Sponseller, 24, has been missing since Jan. 12, 2021 according to a report filed with the Toledo Police Department.

He has been living with his ex-girlfriend at the 5600 block of Clover Lane in west Toledo. Michelle went to that address on Jan. 13 and found Mitchell's vehicle. The tires hadn't been slashed, but one appeared damaged. The vehicle was unlocked and Michelle found his work phone, iPad and receipts for vodka.

Police gathered more information from the ex-girlfriend and her mother. Neither said they knew anything about Mitchell leaving in a vehicle and both said they last saw him on Monday, according to the police report. His ex-girlfriend told police she last saw Mitchell at their residence but they didn't speak due to the recent breakup. Her mother last saw Mitchell when he asked to borrow a tool to fix his tire.

Inside Mitchell's car, they said they saw shot gun casings or rounds. The ex-girlfriend and her mother both said they don't own a shotgun and neither does Mitchell.