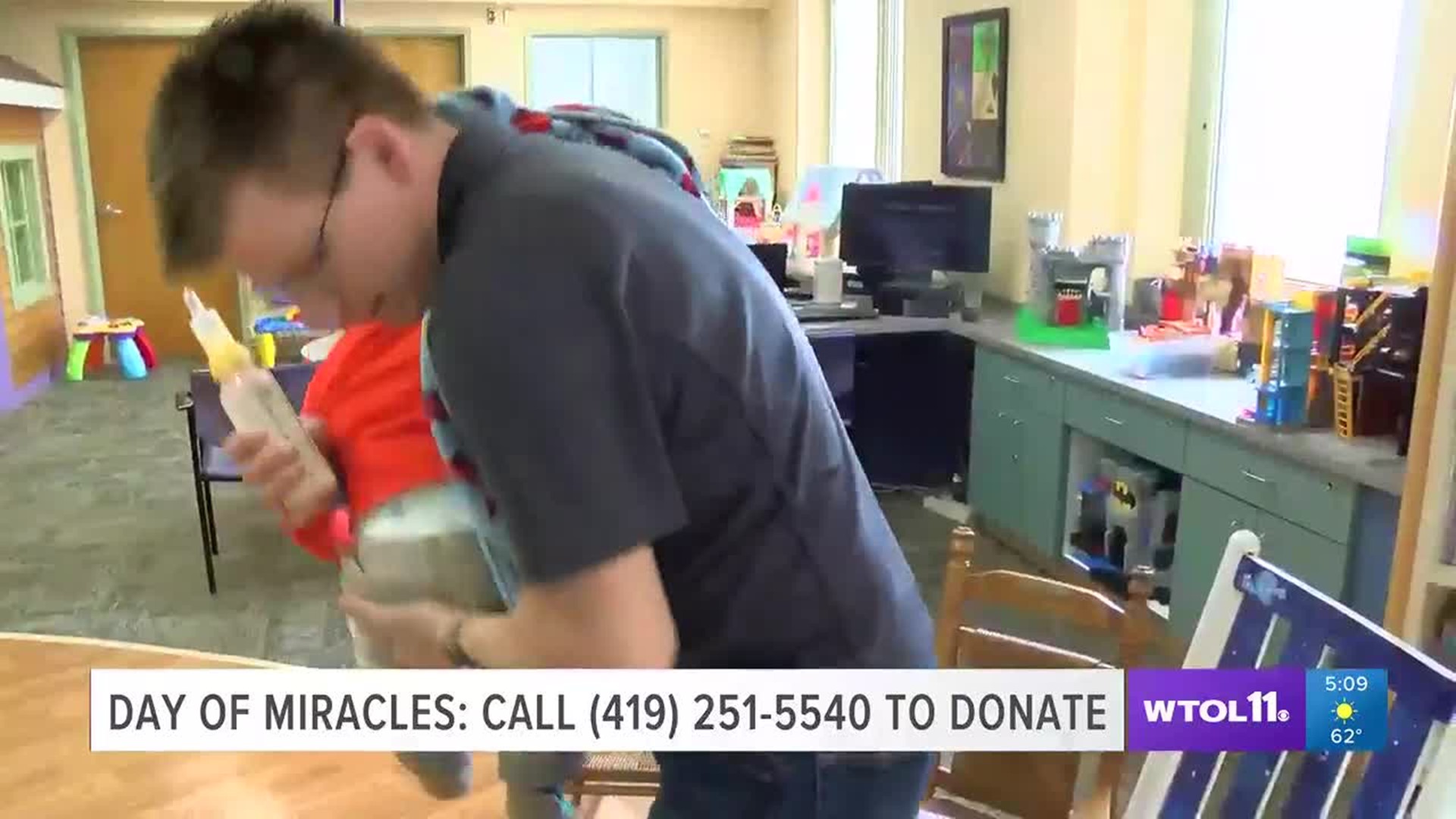 TOLEDO (WTOL) - October 19, 2017 was one of the happiest days of Andrew and Bailie Rinaldi’s lives. It’s the day their youngest son, Landon, was born.

The happiness never faded as concern quickly emerged after examining their newborn.

“We were looking at him and stuff, and noticed some skin missing on his hand, and he’s got a few other little knicks here and there, just like skin peeled away,” Andrew said. “I’m like, ‘what’s going on?’”

Doctors of all sorts were summoned to check out the baby boy, only to diagnose little Landon with a rare condition that shocked his parents.

In essence, EB is a rare corrective skin disease. Landon’s skin is as fragile as a butterfly’s wings, meaning it can easily rip and tear off. His body is wrapped almost entirely from his neck down 24-7 for his own protection.

Andrew and Bailie said it took time just to process what their lives were about to become.

“It took us maybe about three months to actually wrap our heads around it,” Bailie said. “Like, this is our new normal now.”

The little things like going to the grocery store or playing outside would have to be done with extreme caution. It would also take plenty of patience.

“When we do a bath, it’s a process of anywhere from two to three hours,” Andrew said. “That’s on a good night. We’ve had nights where it’s gone four-plus hours.”

Parents know it takes a village to raise a child and an even bigger village to help when that child needs special care.

“The first thing we told them is that we’ve got to find a local team in the Toledo area,” Bailie said.

They found that team right here at home with Mercy Health. Doctors including a PCP, Dermatologist, Ophthalmologist and ENT jumped to Landon’s side, ready to help at a moment’s notice.

"He would literally call us and ask, ‘How is he doing? How’s Landon doing here today? Is there anything else you need from me or something else we can help you with?’

“Even though he’ll have a full booked schedule, he’ll place Landon right in there,” Bailie said.

For the Rinaldis, one of the happiest days of their lives quickly turned complicated. But they credit the doctors who supplied reassurance, quality care and perspective. Despite the uniqueness and vast challenges of Landon’s condition, not once did they turn the other way.

“We read about the disease and saw all these terrible things, the life expectancy -- and we kept dwelling on all of this and we’re like, ‘I don’t know what we’re gonna do,’” Andrew said. “Then all of a sudden, Mercy comes alongside of us and takes away a lot of that angst, that worry of the future.”

No parent wants to see their kid suffer, especially so young and defenseless. But for the Rinaldis, knowing someone had their son’s back, took a weight off of theirs.