Marjorie Whiteman was born in 1898 and lived in rural Henry County, but she would go on to play a huge role in the history of the U.S. and U.N. in the 20th century. 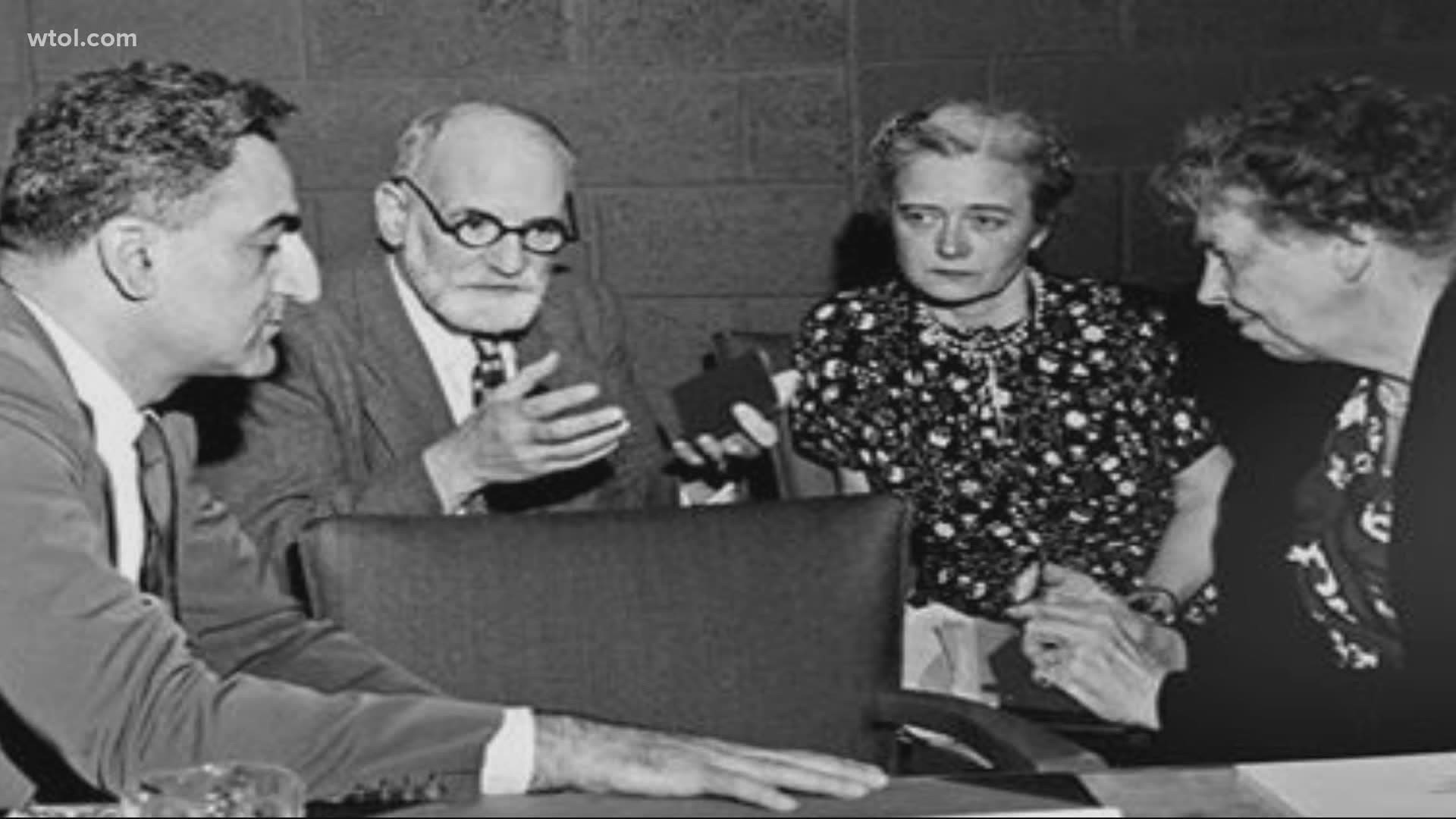 When the United Nations was formed after World War Two, former First Lady Eleanor Roosevelt spearheaded the passage of the organization's Universal Declaration of Human Rights.  What was called the Magna Carta of the most basic human and civil rights that should be enjoyed by all people of the world. While Eleanor Roosevelt was at the forefront of this  timeless model of human rights, one of the key authors of its language was Dr. Marjorie Whiteman.   She was Roosevelt's personal legal advisor and one of the brightest legal scholars of international law. She was also a native of Liberty Center Ohio.

Majorie Whiteman was born in 1898, the second of four daughters born to Herbert and Estella Whiteman in a rural area of Henry County, at County Roads V and 10.  The two story brick home still stands today at what was once known as Bonell Corners.  Whiteman's parents were farmers and it said young Marjorie worked on the farm along with her sisters. It was there where she learned the values that would take her far in life. Very far from those humble roots of northwest Ohio.

It was also those values of hard work and an extremely high intellect that she employed to excel in school academics.  From her high school years at Wauseon, to her completion of teaching degree at Ohio Wesleyan University. After graduating college she returned to northwest Ohio and began teaching history and public speaking at Napoleon Schools. But other teachers at the school quickly noted that Whiteman had an unusual gift, that her mind was keen and she was highly gifted.

John Swearingen, the Director of the Fulton County Museum in Wauseon which is featuring an exhibit on Marjorie Whiteman's life, says the teachers at Napoleon urged Whiteman to continue her education. “They thought Marjorie was working far below her talents.”  And so Marjorie Whiteman decided she wanted to be a lawyer and applied for law school, at Yale.  She was accepted. The second female student in its history.  She studied international law and found comfort in its intricasies.  After graduation from Yale, with honors, in 1931 she was working for the U.S. State Department in high powered world of diplomacy and Latin American relations.  She would soon become a key part of the critical decision making of the U.S. Department of State. Her reputation and star was rising.

As a top expert on International Law, in the 1930s, she authored the 15 volume Digest of International Law which is still used today by legal scholars around the world. It is commonly called "The Whiteman's".   At the Fulton County Museum,  the Whiteman exhibit displays many of the artifacts and memorabilia of her life and career which included years of foreign travel, sometimes intrigue and danger, and rubbing shoulders with some of the most formidable leaders of on the world stage.

She was often in the room when history was being made.  It is reported that after Japan's attack on Pearl Harbor in December of 1941, she was called into the Oval Office with President Roosevelt to discuss the legal options for response to the attack.

After World War Two, Marjorie's usually behind the scenes – low-profile presence was elevated when she was assigned to become the legal advisor to former First Lady Eleanor Roosevelt. The work at hand was the formation of the United Nations and what legal elements should be included in the Universal Declaration of Human Rights.

Whiteman and Roosevelt would forge a long bond of friendship and spent many years together. Part of the collection at the Whiteman exhibit in Wauseon includes letters and correspondence between them and photos of the two of them working together.

Marjorie Whiteman spent 41 years working for the U.S. State Department and living primarily in Washington D.C, but she never forgot her Toledo area roots. Her sister Helen also worked in Washington D.C. and the two of them lived together in a home where they had a beautiful garden they tended together. Many were awed by its beauty.

Whiteman was a larger than life character and those who knew her recalled her as an amazing, and brilliant personality with a photographic memory for detail. But despite her reputation in the stratosphere of Washington's legal elite, she was not well known back at home in Liberty Township. Her parents passed away in 1962 and the family home was left empty. It was a void Marjorie wanted to fill. When she retired in 1970 and left Washington, she came back to Henry County to live in the family home at Bonnell Corners with her sister Helen. It was there, she lived out her life in the quiet of the countryside, writing, painting, and tending to her garden. Passing away in 1986 at the age of 87.  A small-town girl with a big story to tell.

RELATED: The 'Golden Rule' reform of the Toledo police 100 years ago

RELATED: Video Vault: A look back at Toledo's pride of the Navy