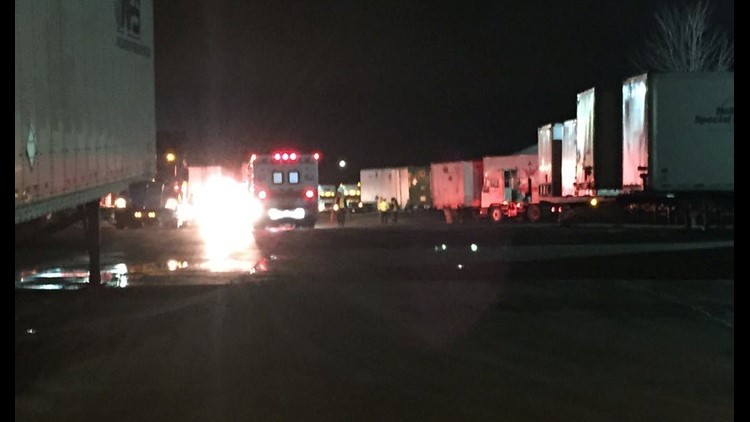 Police on scene say Larry Johnson, 64, was a contract driver from a trucking company. He arrived at the Northwood plant around 4:30 a.m., and was pinned between two trucks in the loading area shortly after.

Officials say there were no witnesses to the incident, but it appears that the semi somehow slipped out of gear and moved on its own while the man was standing in front of it.

It's unknown how long he was pinned before someone found him and called 911.

The Occupational Safety and Health Administration is investigating what happened.

According to its website, Johnson Controls is a global technology and industrial leader serving customers in more than 150 countries:

"Since our invention of the first electric room thermostat in 1885, we've been committed to delivering innovative products that help the world run smoothly, smartly, simply and safely."