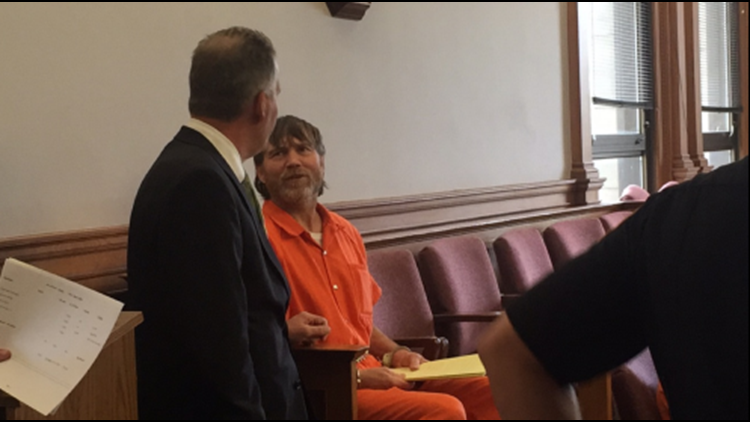 TOLEDO, OH (WTOL) - The man accused of holding his 13-year-old stepdaughter captive in his north Toledo home entered a not guilty plea in court Thursday.

Timothy Ciboro, 53, is charged with kidnapping and child endangerment. This after his 13-year-old stepdaughter told police she had been held captive in the basement of his home for over a year.

While in court, Ciboro met with his public defender for the first time, after insisting he did not have money to pay court fees.

Ciboro's son Esten is facing the same charges in connection to the same case. He plead not guilty in court on Wednesday.

Both men were arrested May 19, after the girl escaped from their home. She and two other children living in the house are now in foster care.

Ciboro's attorney, John Thebes, told Lucas County Common Pleas Court Judge Linda Jennings his client has been molested and harmed in the jail and fears for his life.

"The people at the jail are tasked with the job of keeping him safe. However, they can't be with him 24 hours a day making sure the inmates are staying away from him and behaving themselves" said Thebes.

He asked her to move Ciboro to a safer part of jail, but Judge Jennings says that's a decision that will have to be made by Sheriff John Tharp.

"He's a Toledo resident and in my opinion there's a very low risk of taking off, fleeing. On his behalf I asked for a bond reduction ,but it didn't work out," said Thebes after the arraignment.

Both Timothy and Esten Ciboro are scheduled to go on trial together July 12, but Thebes expects the case will be continued to a later date.