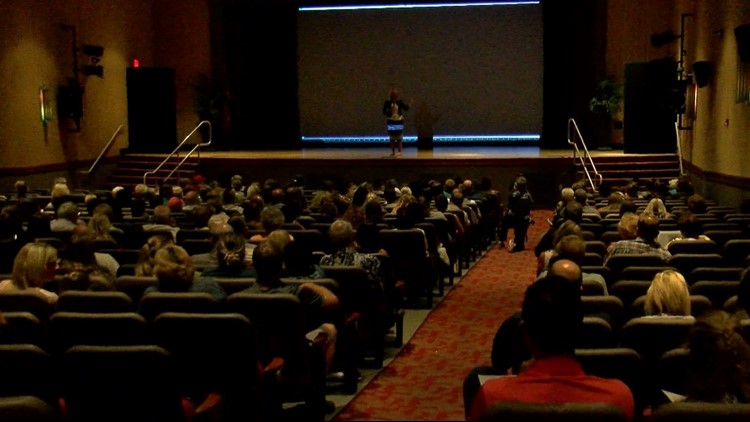 Tragically, many drug addict beginning using drugs between the ages of 12 and 14-years-old.

"It started in high school with alcohol and marijuana and it was more of a social thing and then it became kind of a way to deal with feelings," said Jordan Shuman, a recovering addict.

"I went from alcohol to smoking weed to cocaine to pills, Percocet's and then to the heroin you know that eventually took me to my knees," said Curtis Roth a recovering addict.

Both Curtis and Jordan say they never thought they would be addicts. But like many teenagers, they were vulnerable and became slaves to their drug.

Now, both Curtis and Jordan have freed themselves from those shackles and are clean. They spend their time encouraging parents to speak up to their young kids.

"My parents probably said it too, a boy will be a boy," said Curtis Roth. "Well, a boy got out of control and nobody stopped him and that's where I end up today at almost 30-years-old struggling with a heroin addiction trying to stay clean."

These are conversations "Chasing Hope" is wanting to spark.

It is a film directed to middle and high school students looking at the opioid addiction in Lucas County. Teachers say their students need to hear this, before it's too late.

"It's so prevalent today," said Keith Duhaime, a middle school teacher at Sylvania Schools. "A lot of people think if I am in a certain community a certain area that's not really an issue or it won't be at this age, but it is. It's something we are dealing with on a daily basis."

Schools across Ohio will screen "Chasing Hope" for students to raise awareness and prevent addiction for the youth.

"You've got to have that talk now because these kids need to see it," said Duhaime. "If not for nothing more than to start discussing it and opening the door before it becomes an issue."

"People need to know about this stuff, instead of keeping it in the dark," said Jordan Shuman. "You know it's happening more and more everywhere, every community is seeing it, every type of person. For children to start seeing it, teachers starting to talk about it, it's going to help prevent certain things."

"Chasing Hope" runs about 40 minutes and is available online.

Spring Green Educational Foundation is also making a more in-depth documentary discussing opioid addiction with a look at the reason behind the crisis.

The larger documentary is still in production, but is expected to be released early in 2018.