Young people spoke up about what they are seeing at home and in their neighborhoods at the second town hall of the Mayor's Initiative to reduce gun violence. 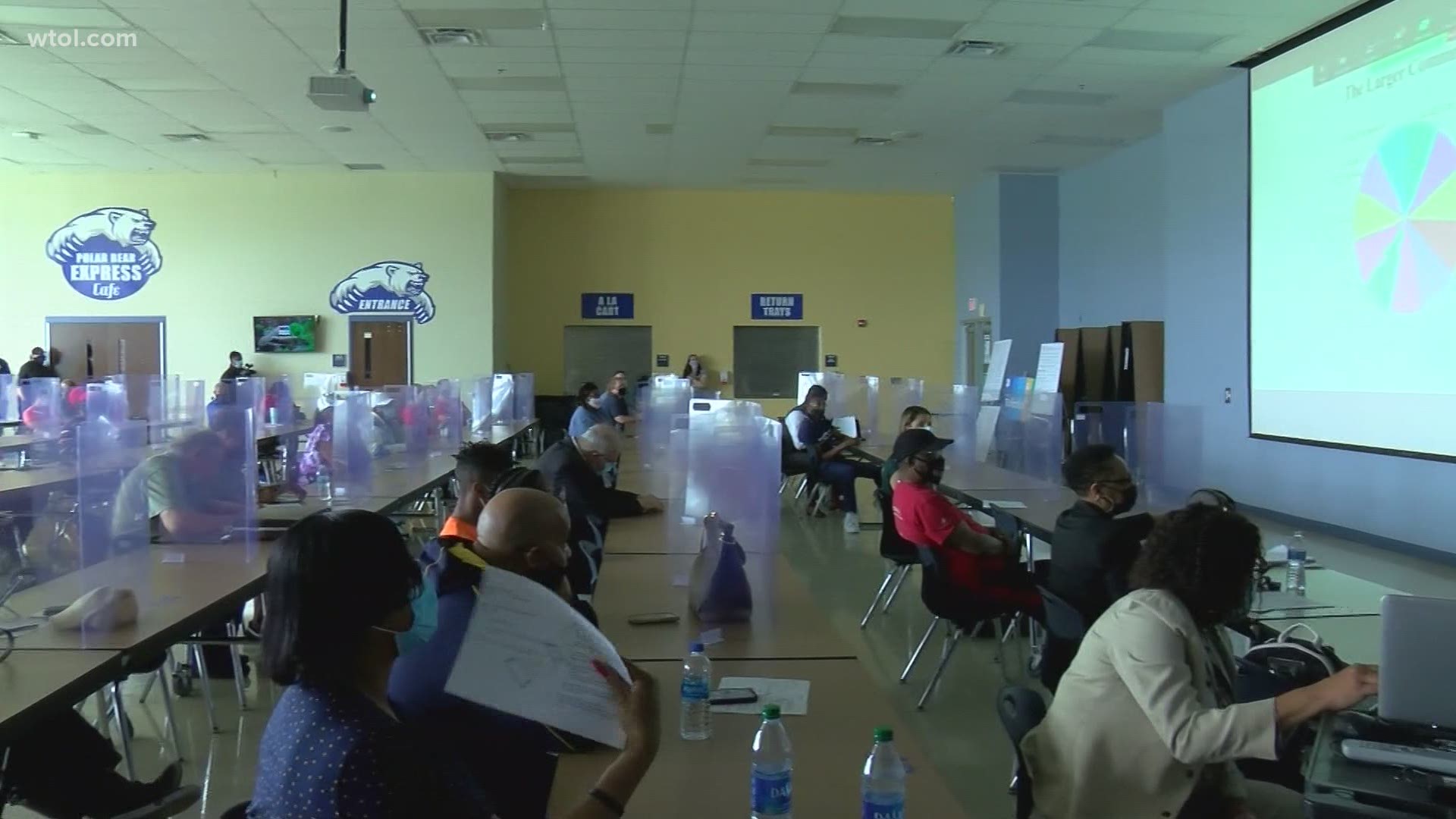 TOLEDO, Ohio — Dozens gathered at Woodward High School on Saturday for the second town hall of the Mayor's Initiative to reduce gun violence.

Unlike the first meeting back in April, this meeting included the youth, key voices who organizers say are needed to find solutions.

During a breakout session, organizers asked youth participants what they are seeing in the community around gun violence. One teen responded, "friends dying."

RELATED: Community comes together to listen to and offer solutions to city's growing gun violence problem

Armour stressed each event is set up to hear from every part of town.

"Young people want to be invested in and right now they don't feel like they're being invested in," said Jackson, "and that's ultimately what breeds gun violence and things along those lines."

Here is all of the youth programming revealed at the 2nd gun violence town hall in Toledo ! pic.twitter.com/IhuWNBIsog

Whiteboards with dozens of programs already operating or planned for this summer were on display. Armour agreed that kids need activities like sports and the arts that engage them and their talents.

"Whatever a child wants to do to occupy and they feel they're passionate about, we want to encourage," he said.

"It's not about what we can tell you is best for you," he said. "It's about you telling us how we can best serve you."

The last town hall is Saturday May 21 at Waite High School.

Those who want to attend in-person must pre-register for the event and can do so by clicking here.