With many businesses still looking for employees, the unemployed can be selective about jobs

Ohio unemployment numbers are lower than they were this time last year, but with so many jobs opening up, economists say people seeking work can be picky. 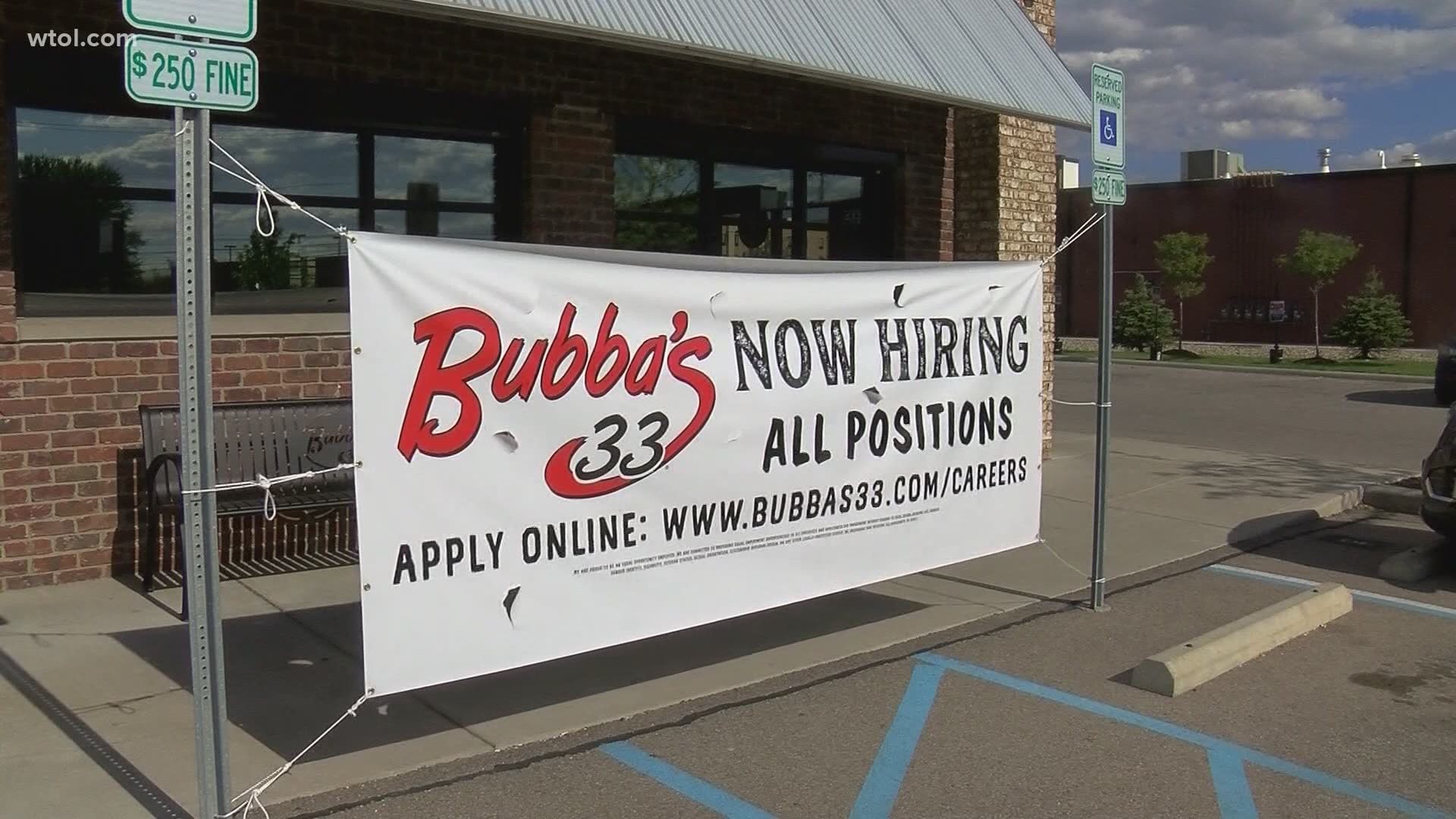 TOLEDO, Ohio — After months of staying in, many people are starting to go back out. But the need for workers is keeping many businesses closed or open on restricted hours.

Ohio unemployment numbers are lower than they were this time last year, but with so many jobs opening up, economists say people seeking work can be picky.

"It's just going to take time, you know those workers didn't just sit around for a year waiting for the same employer to call them back," said Dr. Kevin Egan with the University of Toledo.

Egan said it will take time to fill the thousands of available jobs on the market.

Ohio will stop participating in the federal assistance for unemployed workers at the end of this month, but Egan says don't expect a huge spike in workers that week.

"I think people are going to be getting back to work, but I think they are in a situation partly because of government assistance and partly because they're not just going to take the first job that's available," said Egan.

In the meantime, many restaurants and retail positions are upping their pay to create an incentive for workers; something Egan says we haven't seen in recent history. If enough workers take advantage of this, you could start to pay more for things like a Big Mac at McDonald's or a cocktail at a bar.

"Wages, average wages, go up 10% a firm increases its output by 1%. So I would like to see this play out and see wages go up and see workers finally have some power on their side," said Egan.