The two winners of a guitar and bass for a benefit for Mike Maguire decided to donate the instruments back to him. 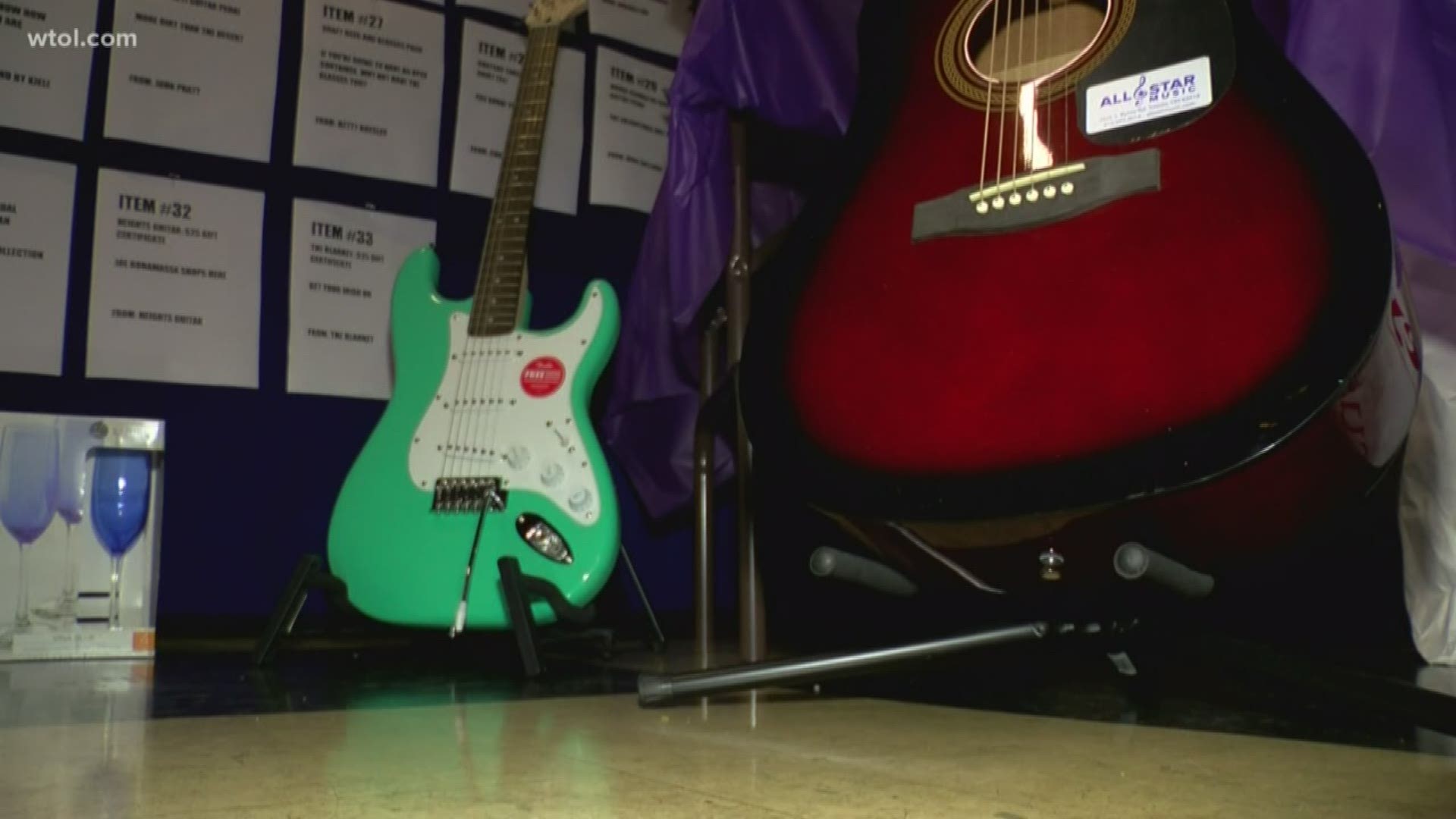 Earlier this week, friends, family and the local Toledo music scene held a benefit event for Mike Maguire. He's a local musician and special education teacher battling his second fight with pancreatic cancer. It raised around $5,000 to help Maguire with expenses.

At the event, organizers held a silent auction, which included a Revered guitar and bass. The winners of those two events decided to donate those back to Maguire.

"One of his former bandmates that bought a ticket actually won the bass and at the end of the night gave it to him," organizer and friend John Pratt said.

Joel Simon has known Mike for almost 30 years from when he worked at Peeler's Music in Toledo.

"Gifting of the bass basically that was kind of my intention from the start," Simon said, "I just thought it'd be a nice gesture for him."

"That was kind of a really special moment because he's a bass player for sure, you know," Pratt added "and that was really just a kind selfless gesture."

The winner of the guitar, Bruce Baginski, who didn't even know Mike, bought a ticket at Durdel's music shop in west Toledo. But he decided to join Simon when he heard about what it was for.

"The more information I got, the more it felt like, I'd just like to give this back," Baginski said, "because then I heard the guy who won the bass and I'm like gee that would be a nice gesture."

Maguire couldn't make it out to Durdel's shop Friday to accept the gifts after starting his third round of chemo treatments. But Pratt said he's thankful to everyone.

"He's not one to be in the center of the spotlight," Pratt said. "We're definitely appreciative of the musical community and everyone that's helped out."

If you'd like to help out more, you can find a link to Maguire's GoFundMe by clicking here.