The prestigious award of Eagle Scout was awarded to a local high school senior. The people around him say it's not surprising he earned this honor. 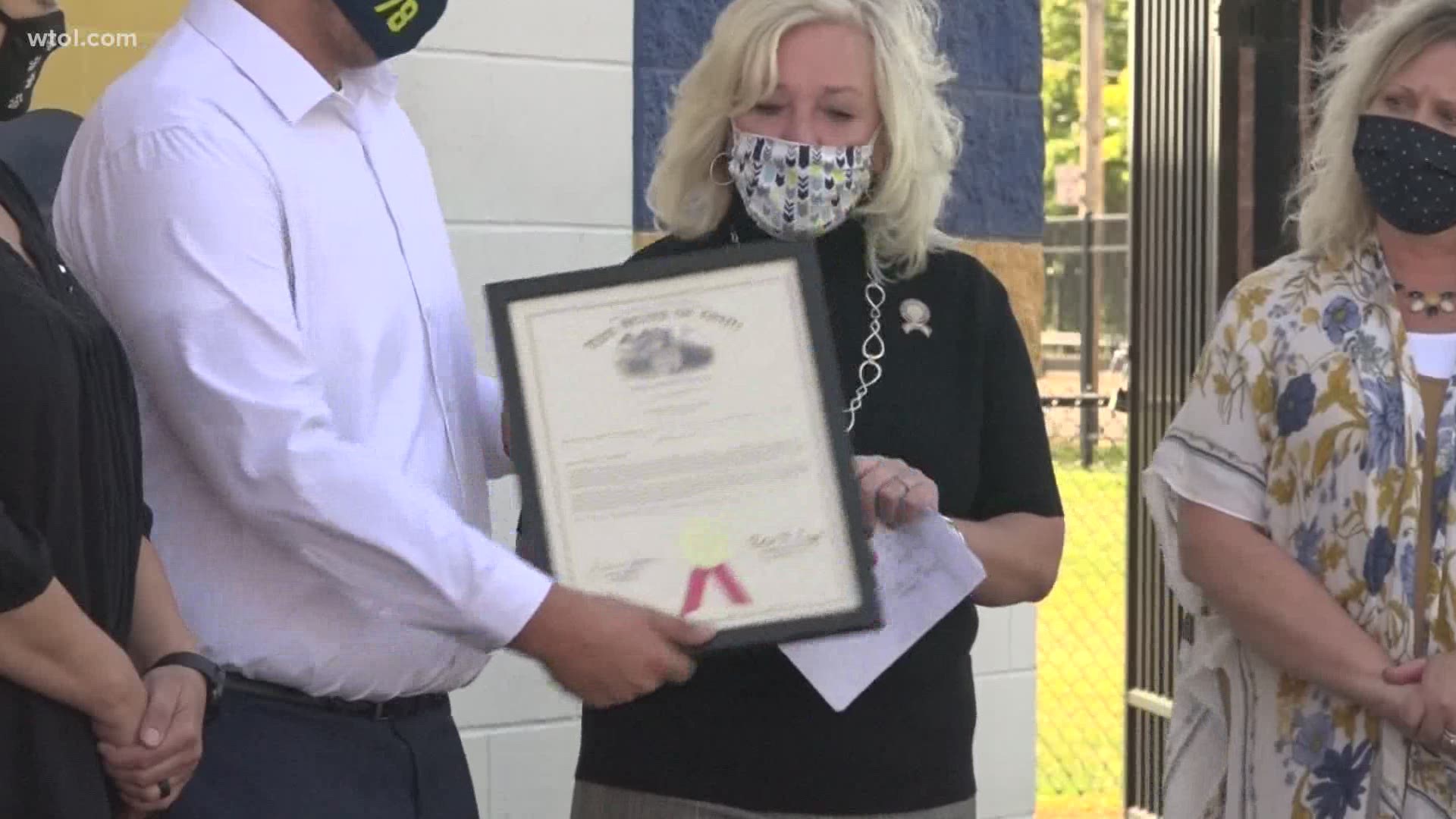 It's the highest achievement in Boy Scouts of America and is awarded after completing a service project. His project was installing a flag pole for Hope Learning Academy.

"We came out last month and did the project. In two days or so, it took a couple hours but we got it done and it's still up there," Teodorovic said.

He said becoming an Eagle Scout wasn't about the award, it was about helping out an area school that was in need of something.

Both his principal and football coach say they weren't surprised he was becoming an Eagle Scout because of the characteristics he shows in the classroom and on the field.

"He's just an example of our students, very hard working. If you ask any staff member about him, there's just nothing but positive things to say. We are proud of his hard work and he's just a great human," Whitmer High School Principal Kristie Martin said.

Bruno may be 78 on the field, but his coach, Eric Brown said it's the work he does behind the scenes that him even more deserving of the honor.

"To be honest, it makes me extremely proud. Same thing with coaching football and being in the classroom, we preach being prepared, being on time. That's something that Bruno has always done," Brown said.

Bruno said earning this means a lot because of what he has learned during his years.

He said it's helped him become a better person and who he wants to be in life.

RELATED: Boy Scouts of America reaching out to the community for help