What's next? Artist who created collapsed George Floyd mural in Toledo has plans for a bigger and better one

David Ross plans to move its location to a secure building in an area where people will accept and actually want the mural there. 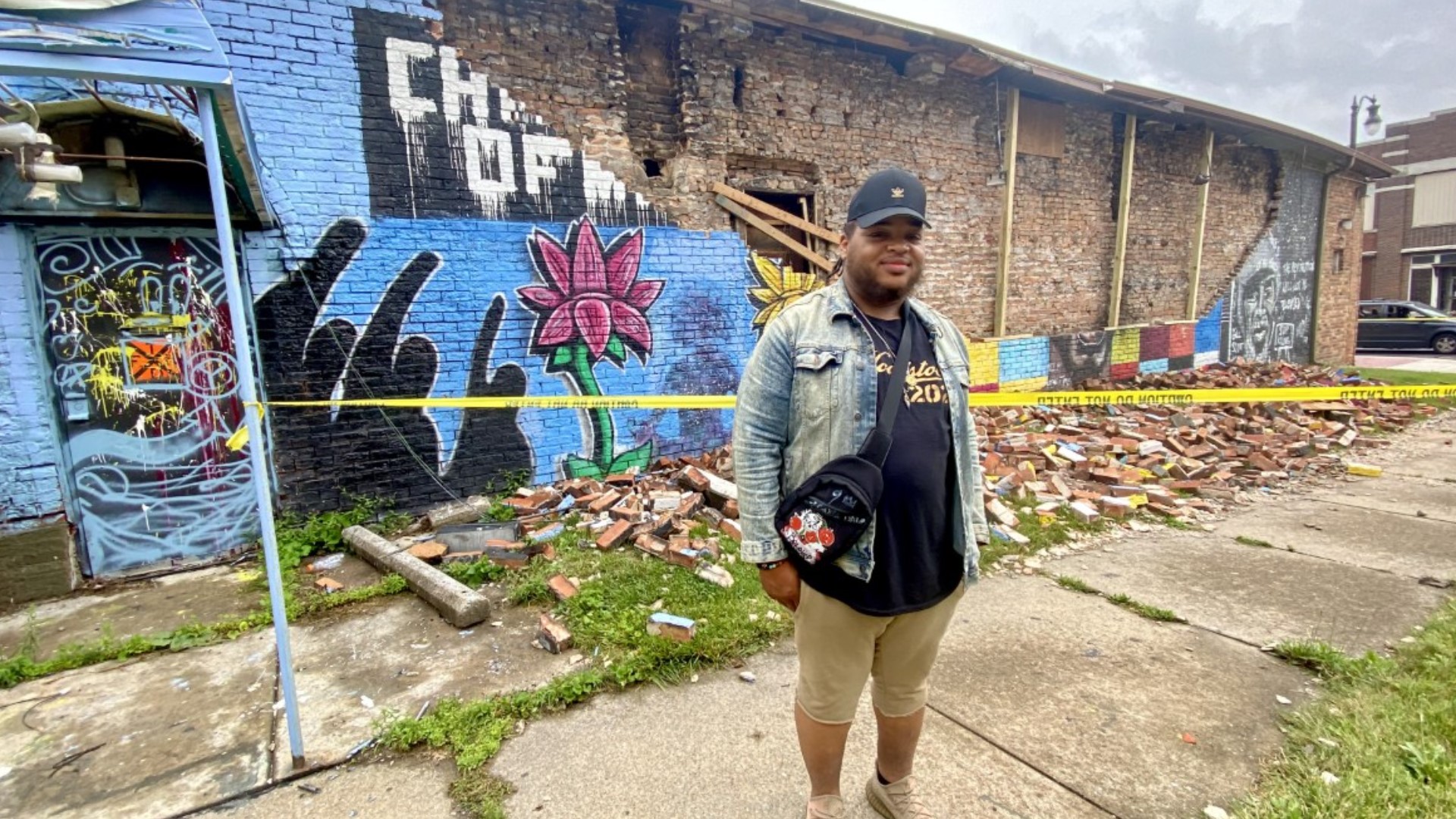 TOLEDO, Ohio — Not much is left tonight of a George Floyd mural in North Toledo. It collapsed earlier this week after fire officials say it was hit by lightning.

The artist who created the mural, David Ross, said plans are in the works to create an even bigger and better one.

Ross said the next mural will be much, much larger than this one was.

He also plans to move the mural's location. Currently, Ross is looking for a secure building in an area where people will accept and appreciate the mural being there.

To help make it all happen, Ross started a GoFundMe.

Ross said people pitched in to cover some of the cost of the first mural and he paid the rest out of his own pocket. He adds, if he has to do the same thing again, he will.

RELATED: George Floyd mural in north Toledo reduced to rubble after being struck by lightning; mayor and artist say it will be replaced

"I believe in it, so, I feel like the community will rise up and will meet the goal to make it as big and better as we can. But either way, it's going to get done," said Ross.

Ross said he's inspired not to give up because he wants to send the message that George Floyd and Black lives do matter.

He said the reaction to George Floyd's life being taken created a positive impact and he wants to continue that.

Ross said, while tragic, a lot of awareness and positive results came from the circumstances of Floyd's death, which is why he feels it's his responsibility to keep the message going.

"Me being an artist, you know we are always, like, the voice of the people. I want to amplify that voice and make sure the people understand why we should never forget his death. And it's not glorifying him as a person, but it's glorifying the act of him being preserved," said Ross.

Ross is also working on creating a Breonna Taylor mural on Lagrange street as well.

The city said there are still no plans to demolish what's left of David's original George Floyd mural.