Waterville Bridge project could be delayed until next spring due to heavy rain, flooding

ODOT says they are hoping the bridge can be open by Christmas-time. 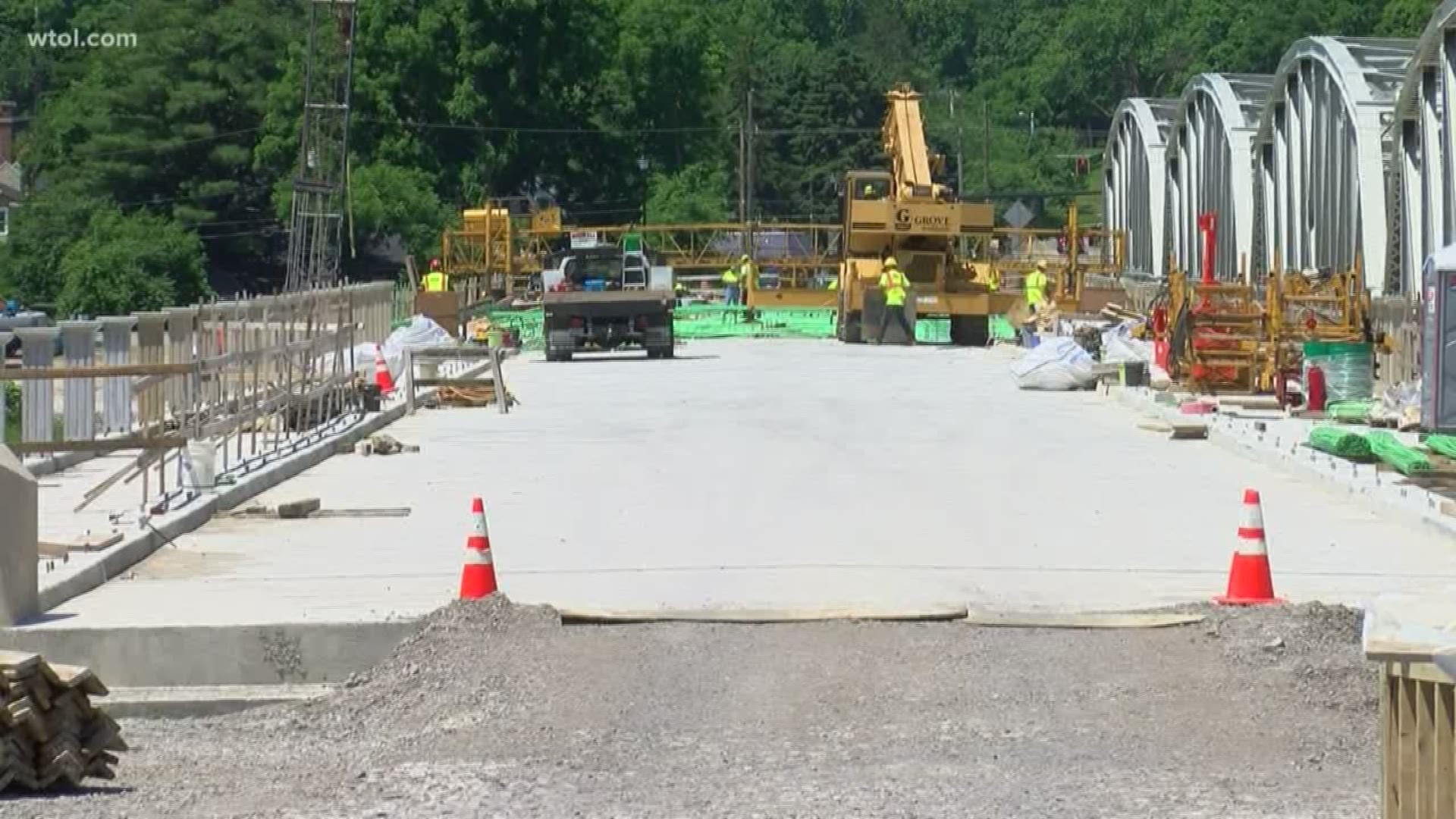 WATERVILLE, Ohio — ODOT officials say the timetable for the completion of the Waterville Bridge project could be pushed back to next year due to heavy rain and flooding.

ODOT says the project's schedule has been greatly affected by the weather.

Officials say the contractor adjusted the sequence of work to keep crews working on flooded days, but weather has still had an impact on progress.

"Flood days are not part of the "weather" days written into contracts, so each flood day adds a day to the new bridge opening timeline," explained ODOT PIO Rebecca Dangelo.

At the end of May, ODOT says there were 67 flood days over the life of the project, which was originally set to be done by mid-September.

Dangelo says that is now unachievable.

"As of now, we're looking at a Christmas-time opening, which may easily be pushed into next spring if we keep getting rain," Dangelo said.