The deer gave resounding "cheers" as they were lifted from the water. 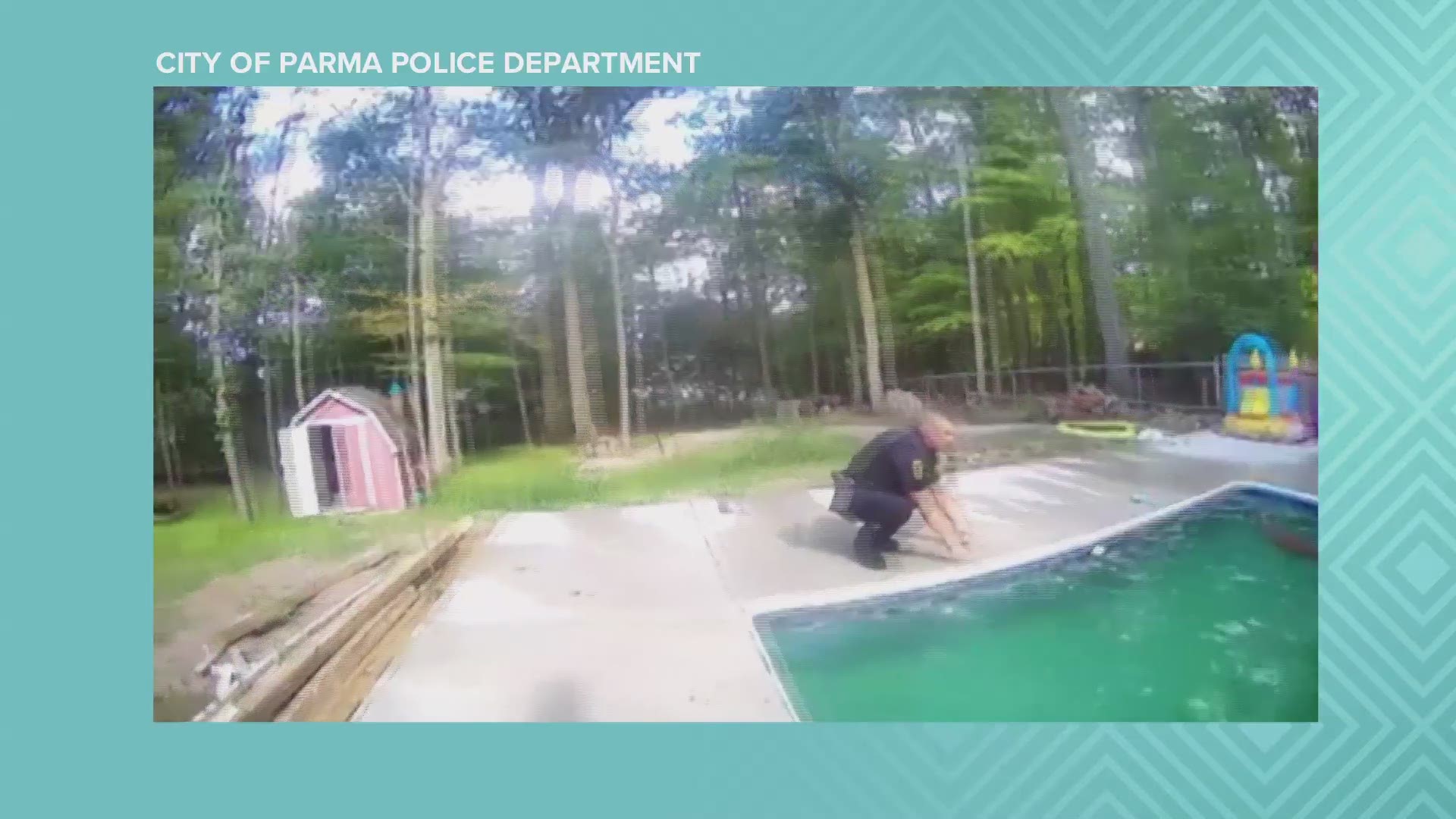 Body cam footage captured the moment officers were able to rescue two fawns who had fallen into an in-ground pool on Sunday, August 30.

According to a Facebook post from the Parma Police Department, the owner of the home called police for help after the two fawns had been stuck in her pool for over an hour. Despite many attempts, the owner was unsuccessful in helping the two deer out of the pool.

As seen in the video below, the deer were swimming around the pool when officers arrived to help. Using makeshift rescue equipment, the officers were able to safely remove the deer who gave a thankful "cheer" as they were lifted from the pool.