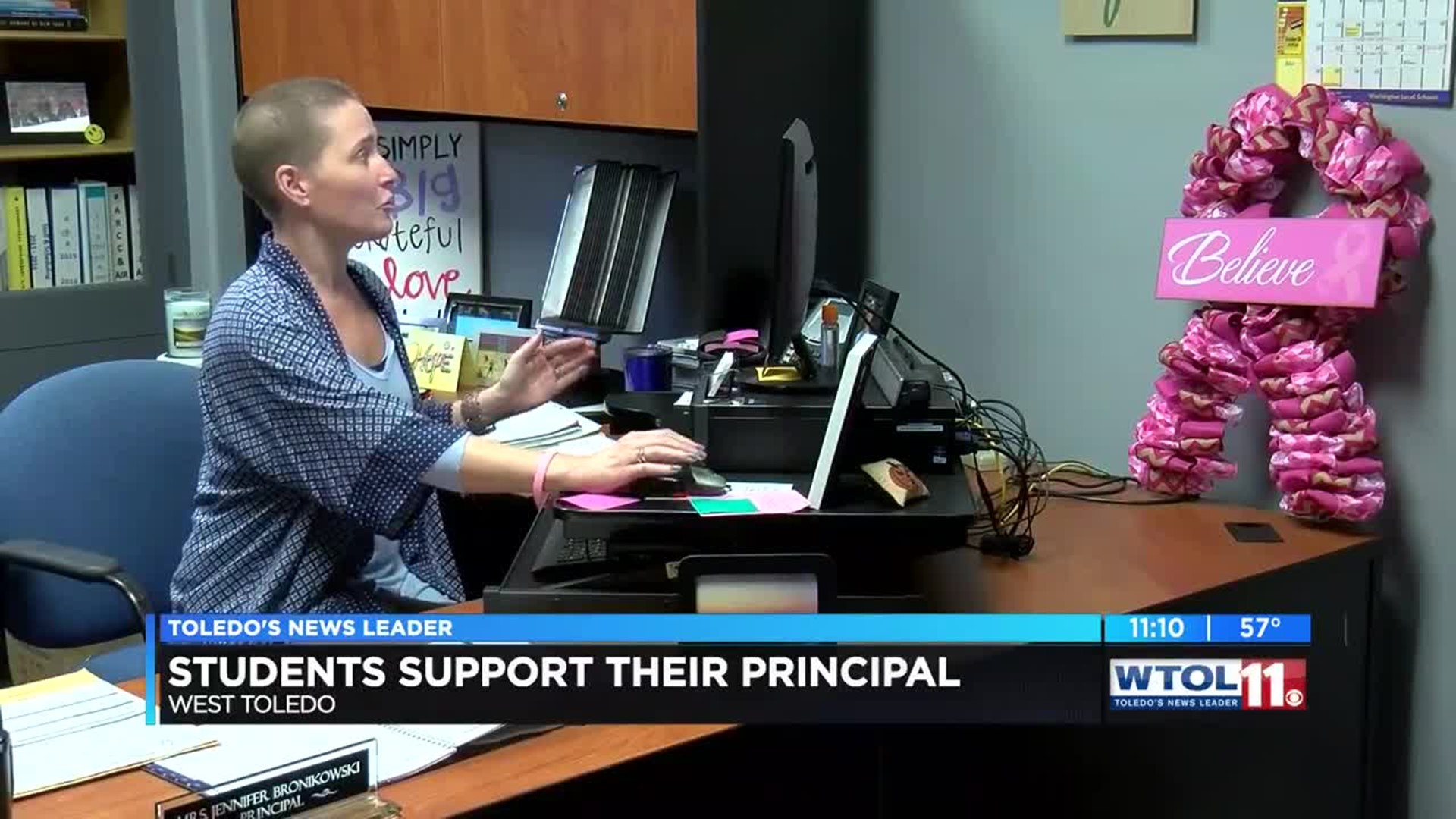 TOLEDO (WTOL) - One Washington Local principal inspired her junior high students to do something big, which in turn pushed her to something even bigger -- beat breast cancer.

“It’s not just about right now. This will impact my life for eternity,” said Jennifer Bronikowski.

Students at Washington Junior High say it’s their principal, Jennifer Bronikowski, who holds their school together.

“She’s like a second mother to us. Like, she’s here every single day,” said Jose De La Cruz Gonzalez, an eighth grader.

"She does a lot for us," said Landon Smith, a Washington Junior High student. "So we might as well do the same in return and do nice and respectful stuff for her too."

Bronikowski has been described as always been so tough, and she demonstrated her strength even more after being diagnosed with invasive mammary carcinoma grade 3 just last February.

“It’s quite a journey,” Bronikowski, said. “I mean, I am in month eight right now and the end is very, very near. I don’t make it -- no person makes it to this point without all of the help.”

Beyond her family and friends, Bronikowski’s students wanted to help. So they signed up for the Susan G. Komen Race for the Cure and raised $1,400 in her name.

Together, they raced for a cure in celebration of their principal. It’s something for which she’s beyond grateful.

“First and foremost it was humbling,” Bronikowski said. “I think again it goes back to that, ‘Wow all of this under Team Bronikowski? That’s absolutely amazing.’ I was just so incredibly proud and secondly what it did for me was motivate me to follow suit.”

And she did match their effort. Tuesday was her first full day back at Washington Junior High since her surgery and she isn’t done yet.

But it’s her students' hearts that inspire her to keep on.

They also inspired race leaders who chose to honor and commend Team Bronikowski members for their life-changing donations.

“(For) this team, to pull together in their incredible efforts in the name of their teacher, it needed to be celebrated,” said Gretchen Awad, community relations and development manager for Susan G. Komen of Northwest Ohio.

“That’s why I am here and that’s why there is a smile on my face all the time because there is nothing better than coming into a building like this every day,” Bronikowski said.